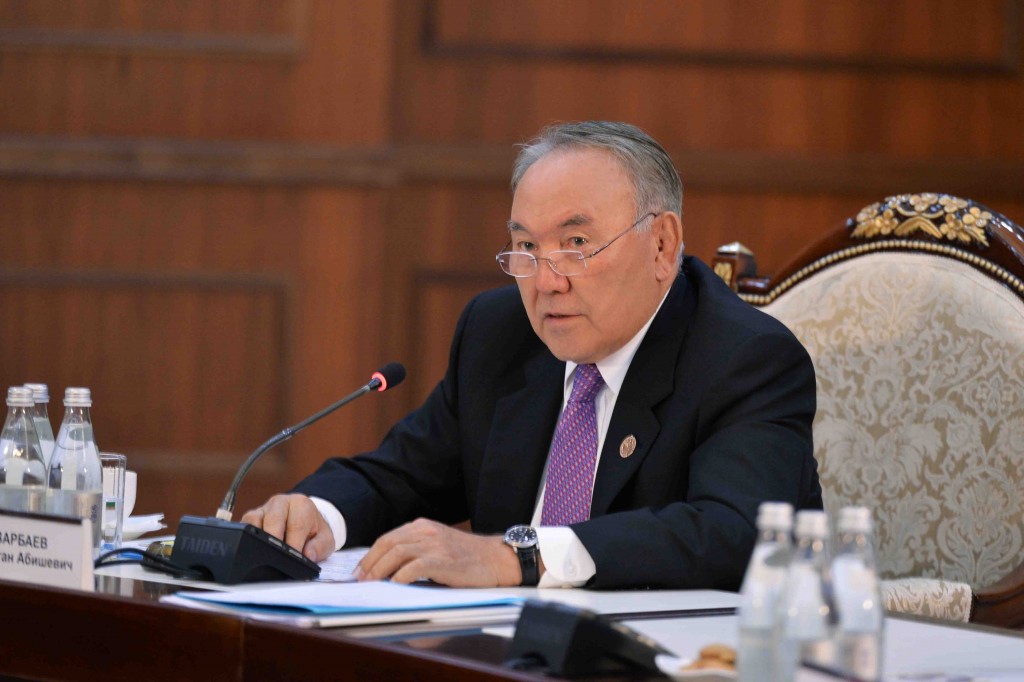 In his remarks to his counterparts from other CIS countries, Nazarbayev said the CIS remains a unique platform for cooperation. The fact that the commonwealth implements its improvement plans proves its viability, feasibility and prospects, he said. The experience of the Commonwealth is useful to other integration associations, such as the EAEU (Eurasian Economic Union) and SCO (Shanghai Cooperation Organisation). Thus, the CIS, established in Almaty Dec. 21, 1991 has great historical significance, he stressed

The Kazakh President underlined that during the recent G20 Summit in China, the sides agreed to coordinate economic policies to ensure sustainable development of the world economy.

“The summit discussed issues of changing the outdated model of development and transition to a new digital economy followed by the global industrial revolution. This is a signal to open and begin the new ways of social production, based on new forms of energy, new classes of currencies and new forms of social relations. In the face of these challenges, the CIS should cooperate more closely and accelerate our joint projects,” Nazarbayev said.

According to Nazarbayev, CIS is proceeding to the third phase of the Economic Development Strategy adopted in 2008.

“Today, the situation in the world economy has changed significantly. Therefore, Kazakhstan proposes to update the package of measures to stimulate economic growth in the CIS countries,” he said.

Nazarbayev also pointed to the important role of the efficient use of transport and transit potential in the CIS countries’ development.

“Often there is duplication and inconsistency between the countries concerning the implementation of major transport and transit projects. In this regard, we need to coordinate our policies in this area, thus, greatly improving the efficiency of our projects,” he said.

Nazarbayev reminded participants of the agreement to transform the CIS to the standards of modern reality reached during the previous meeting.

“The continuous work should be held on improvement of CIS activities and ensuring its functional flexibility,” he said.

Nazarbayev welcomed the decision on the chairmanship of Russia of the CIS in 2017.