By Kseniya Voronina in Business on 20 September 2016

ASTANA – Kazakh President Nursultan Nazarbayev recently ordered the government and National Bank of Kazakhstan to get rid of so called “bad” debts. 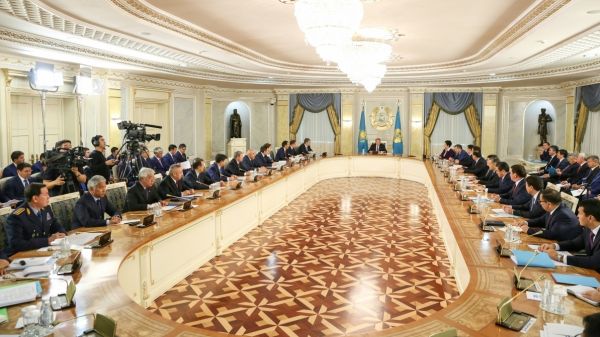 “We have learned from the bad experience we had in 2007-2009. We have to be strict with banks to make them responsible for all financial institutions they manage. We have to inform the citizens about what the National Bank of Kazakhstan doing, as well as about the current state of the financial and credit system of the country. This information has to be transparent,” said Nazarbayev at an enlarged meeting of the government on Sept. 9.

Chairman of the National Bank Daniyar Akishev also reported on the work being done in this domain.

“Last week, for the first time over the past eight years, the National Bank issued tenge notes with a term of one year at a rate of 12 percent. The demand for this tool exceeded the supply by four times. This is only the beginning. At a time when economic growth has slowed and the situation requires effective measures to recover economic activity, the restoration of the banking sector is considered one of the priority tasks for us. It is not only an important element to ensure financing of the country’s economic needs, but also, as it was in previous years, one of the leading drivers of growth and the conductor of economic reforms in the real sector of economy. We have gained considerable experience in anti-crisis solutions for the banking system, but, unfortunately, progress in rebuilding the sector remains limited,” Akishev said.

He explained that banks remain dependent on governmental assistance programmes. Furthermore, mechanisms to write off bad debts are poorly used and a high vulnerability towards international estimations remains, as well as relatively low credit ratings.

“The National Bank was forced to freeze the previous decisions on the implementation of BASEL 3 standards, in particular, the requirements to improve bank capitals. However, this measure only exacerbates the situation and throws the banking system a few years back, which is unacceptable in such a competitive market,” the bank chief said.

Akishev also believes that new digital technologies and innovations may radically change the rules of the game and lead to further displacement of the Kazakh banking sector to the periphery of international trends.

“We need to have a modern, high-tech national banking sector, which will allow the country to solve its economic problems. Therefore, we are ready to work with the government before the end of this year to make concrete proposals on qualitative improvements of the work of the banking sector and restoring lending activity, including consideration of possible financial support from the state,” concluded Akishev.