By Aiman Turebekova in People on 21 September 2016

ASTANA – Kazakh Lieutenant Colonel Askar Kozhagaliev has been appointed a commander of the UN Mission in Western Sahara (MINURSO), reported the press office of Ministry of Defence of Kazakhstan. 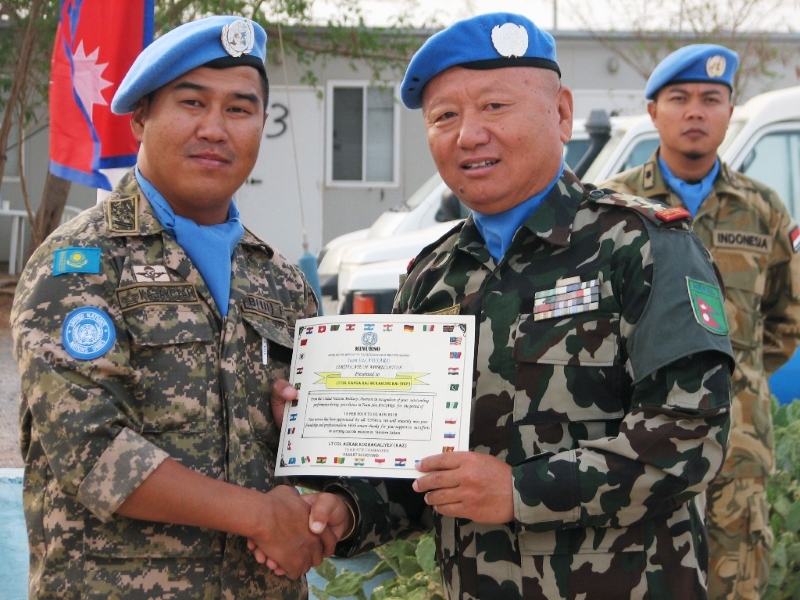 Kozhagaliev (L) is being congratulated.

Kazhagaliev was appointed the commander of the UN military base in Ausard camp with an area of responsibility of 43,000 square kilometres located on the southern part of Western Sahara, on the territory controlled by the royal army of Morocco.

The UN has been seeking a settlement in Western Sahara since the Spanish withdrawal in 1976 and ensuing fighting between Morocco, which reintegrated the territory, and the Frente Polisario. MINURSO continued to fulfil its mandate by monitoring the ceasefire as well as supporting a range of assistance programmes to address the plight of displaced and separated Sahrawi families.