By Altair Nurbekov in International on 6 September 2016

BERLIN – Kazakh Deputy Foreign Minister Roman Vassilenko participated in an informal Sept. 1 meeting of foreign ministers of the Organisation for Security and Cooperation in Europe (OSCE) member states. The event was organised by the German chairmanship of the OSCE, which leads the organisation in 2016.

According to the Kazakh Ministry of Foreign Affairs, during the meeting, Vassilenko briefed the attending diplomats on Kazakhstan’s foreign policy priorities, including in the context of the country’s membership in the UN Security Council in 2017-2018. The main attention was given to the initiatives Kazakh President Nursultan Nazarbayev voiced during the 70th session of the UN General Assembly in New York last September, provisions of his Manifesto “The World. The 21st Century,” as well as the outcomes of the international conference Building a Nuclear-Weapons-Free World, held a few days ago in Astana.

Vassilenko presented proposals to strengthen the OSCE’s work in the so-called second dimension of the organisation – economic and environmental security – and in particular, the German OSCE chairmanship’s initiative to enhance economic ties between member states and the removal of barriers to mutual trade. 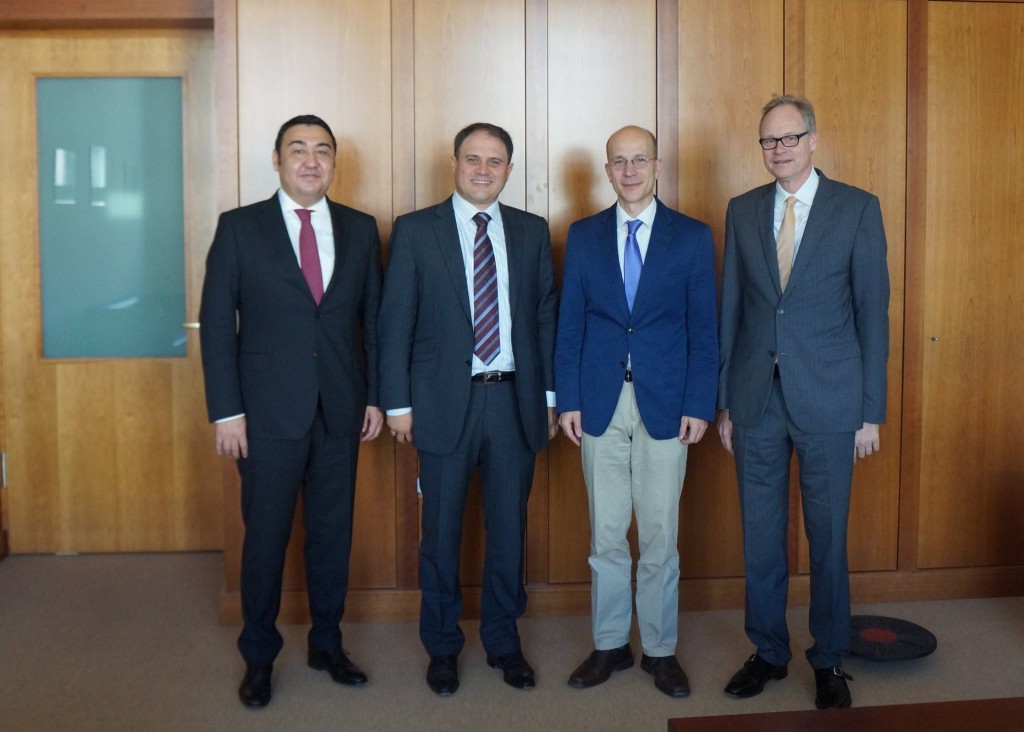 In terms of soft connectivity, we need more active interaction at the regional level. The OSCE could provide further assistance to such cooperation by sharing professional expertise, knowledge, analysis and new technologies, he emphasised.

Also, he suggested taking a closer look at a possible role for the OSCE in facilitating dialogue between the Eurasian Economic Union and the European Union.

“The long-term aim of collaboration between the (Eurasian Economic Union) EAEU and the EU should be the establishment of an area of cooperation and prosperity from the Atlantic to the Pacific. We should start, we believe, with working contacts between officials of both the Eurasian Economic Commission and European Commission,” he elaborated.

In addition, the Kazakh diplomat underlined the importance in this context of the upcoming exhibition EXPO 2017 in Astana, which will be attended by the vast majority of OSCE member states, as well as the organisation itself. 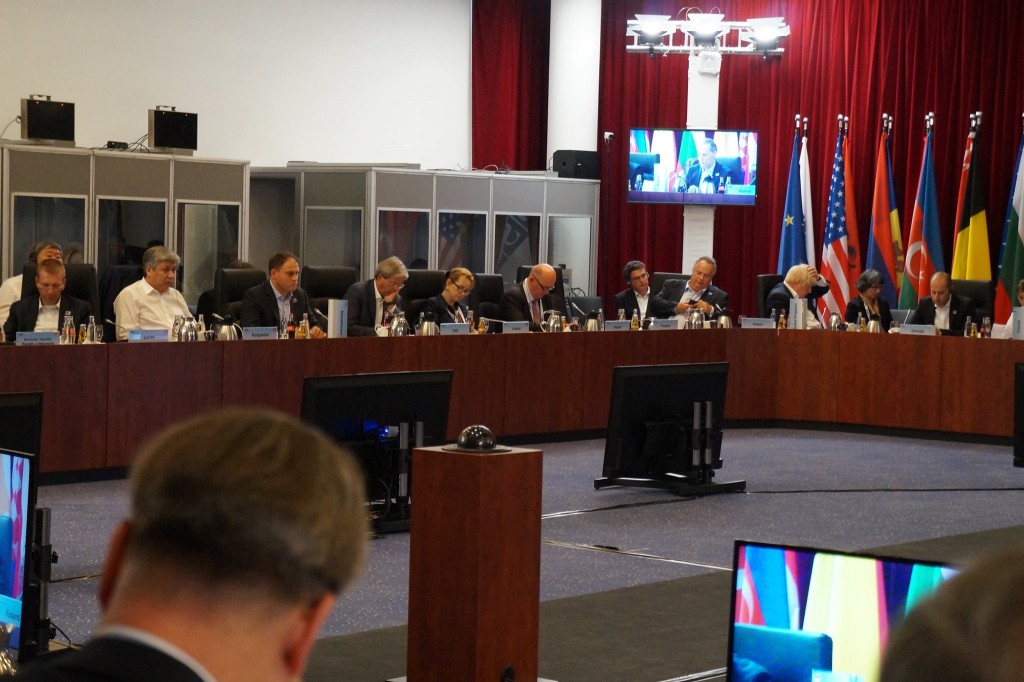 The meeting saw intensive discussions of major international security issues, including the involvement of the OSCE in the settlement of the situation in Ukraine, the organisation’s role in the resolution of protracted conflicts in the OSCE area of responsibility, as well as possible participation in the organisation in addressing the challenges of the refugee crisis in Europe.

The key message of all speakers was the need to restore mutual trust and confidence among OSCE member states, to amplify the organisation and its institutions. In this regard, the meeting noted the importance of strengthening and respecting the basic principles laid down in the fundamental documents of the OSCE, including the Helsinki Final Act of 1975 and the Astana Declaration of 2010, among others. 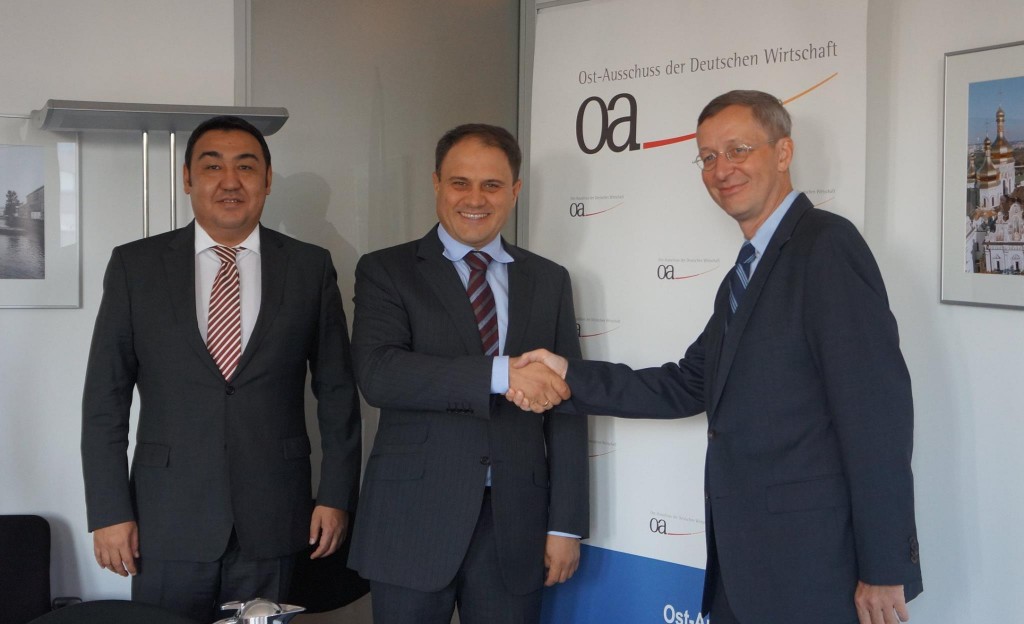 According to the Kazakh foreign ministry, on the sidelines of the event, Vassilenko had brief conversations with the foreign ministers of Germany, Austria, Britain, Hungary, Italy, Latvia, Lithuania, Luxembourg, Macedonia, Norway, Poland, Serbia, Slovakia and other countries in which bilateral relations were discussed. A number of other conversations he had were with the newly elected President of the OSCE Parliamentary Assembly Christine Muttonen, OSCE Secretary General Lamberto Zannier and the European Union’s High Representative for Foreign Affairs and Security Policy Federica Mogherini.

During his stay in Berlin, Vassilenko met with German Foreign Office’s Director for Eastern Europe, the Caucasus and Central Asia Andreas Peschke and Executive Director of the Eastern Committee of German Economy Michael Harms. The sides discussed bilateral relations and international issues and noted the cooperation between the two countries in the implementation of economic agreements within commodity and technology partnerships, Germany’s participation in the EXPO 2017, as well as the introduction of the German model of dual education in Kazakhstan.

The meetings in Berlin reiterated a mutual interest to continue developing cooperation on the full spectrum of bilateral issues, which is reflective of Kazakhstan’s status as a key economic partner for Germany in Central Asia.

This year, Germany holds the rotating chairmanship of the OSCE under the motto of “Renewing dialogue, rebuilding trust, restoring security.” The government in Berlin seeks to enhance the OSCE institutions and instruments in order to advance the dialogue on the widest range of relevant topics, as well as in the long term to restore confidence in the OSCE area of responsibility.