Glass-Bottomed Attraction in Almaty Mountains Planned for Launch by 2020

ASTANA – Step into the Void, a glass-bottomed attraction in the Almaty Mountains, will be constructed in 2018-2020, said Almaty city’s tourism department head Timur Duisengaliyev during the Sept. 6 Medeu Invest Forum. 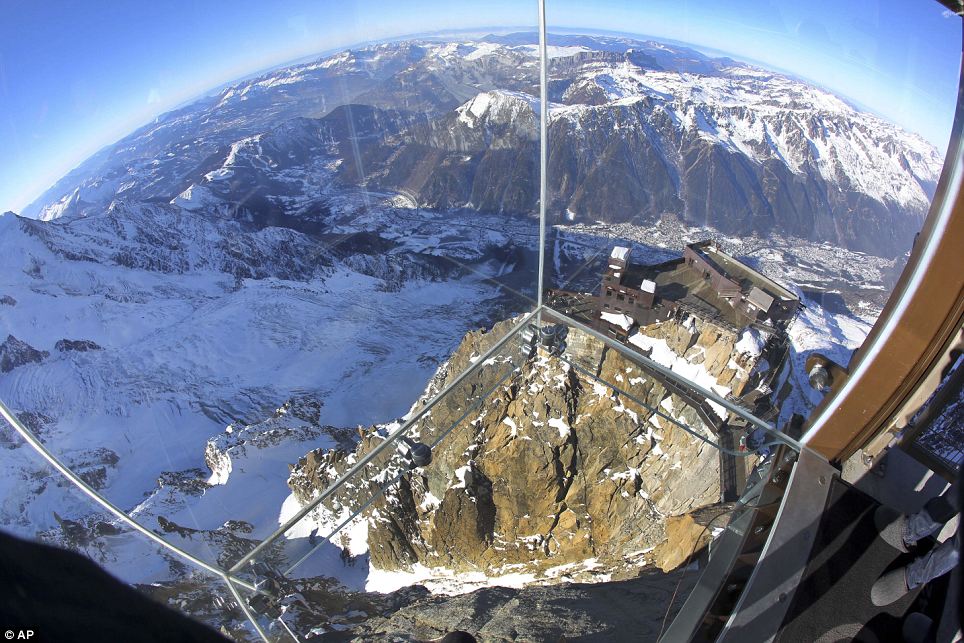 “All Almaty residents know where the Shymbulak Ski Resort is located. There is a higher cableway and a black rock called Chkalov’s Peak. We want to make an additional station on the top of that cliff and make a unique attraction there,” he said according to Tengrinews.

“Maybe it will be extended up to Nursultan’s Peak; this way we want to extend the tourist season. Step into the Void is an attraction where a person steps on a glass floor and he is practically over the abyss. It is such an adrenaline rush and a good observation deck. The catering point will be located next to the attraction. The project model is popular abroad; most likely, we will have a group of investors. We began talks with the new head of the Shymbulak Ski Resort and perhaps they will join this project as well,” he added.

Step into the Void will be fully financed by the investors. The cost of the project will be about 30 million euros (US$33.8 million) and the payback period will be five to seven years. Similar attractions already exist in China and Europe and visitors experience the dizzying emotion of stepping into the abyss, according to Tengrinews.

Duisengaliyev also talked about plans to improve the mountain paths, noting an atlas and mobile app with all the routes and legends will soon be launched. In some mountainous areas, railings and protection from rock fall will be arranged as well.

“Almaty gives the opportunity to do several days’ tours. We will find places to put a camp or even a stationary mountain hut. At the same time, we will not lose privacy with nature. There are different categories of tourists; we want to create the conditions for those who come for a few days. The route network can be stretched from Ushkonyr to Kolsai,” he said.