International Deaf Day, marked annually the last Sunday of September, was launched in 1951 to honour the creation of the World Federation of the Deaf (WFD). It is marked during the International Week of the Deaf. This year, the day fell on Sept. 25. 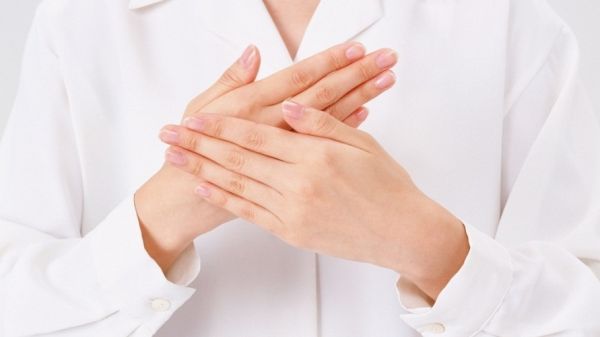 To better understand the lives of the deaf, Vice Chairman of the Association of the Deaf “Zhasnur” Aigul Bulatova discussed the challenges they face in everyday life.

What problems do people with a hearing disorder face daily?

For our country where more than 200,000 deaf people live, the problem of development and social inclusion in society is still urgent.

The potential of deaf children is underestimated, and conditions for realisation of their abilities aren’t created.

All this forces deaf individuals to join the ranks of people who are hopelessly jobless due to a lack of speech communication and dependence on sign language translation under the conditions of the modern economy.

The leisure of children isn’t organised; there are no creative circles and classes for them. They have no choice of professions; they aren’t involved in the cultural public life of the city or country. This is characteristic of all cities of Kazakhstan and is discussed only by the few non-profit organisations working with people with a hearing disorder.

Tell our readers about the association.

We began to organise lectures and seminars on various subjects with the invitation of specialists in AIDS and from the Centres for Healthy Living  and the Centre of Family Planning. Thus, we have drawn the attention of   these organisations that teenagers with a hearing disorder have questions on which they would like to hear answers from experts in a language clear to them and the questions they would be ashamed to ask parents. Such lectures and seminars began to be held regularly. It is no secret that the main professions for deaf people  are in the shoe and sewing business, being a janitor or cleaner.

But modern youth are interested in new types of professions. And with the assistance of grants, we have organised courses on training in hairdressing and manicure skills for 25 children of the senior classes, and also to ethnic applied art, such as work with felt, tree, skin, etc.

By doing it we have shown society that children with a hearing disorder can and have the right to choose professions which are pleasant to them and they can realise the creative potential in them.

Also, for the first time we have organised a festival of sign song and dance among children and youth with a hearing disorder.

Similar competitions became then traditional in all cities of the country; courses in acting skills and performances on the stages of Astana, such as “Thumbelina,” “Shewolf” and “Kyz Zhibek” are organised.

Organising roundtables with the invitation of representatives of public authorities, deputies and people with a hearing disorder, we pay attention to the problems existing at the moment and express them at the government level.

Our purpose is to change the situation that has been developed in society concerning people with a hearing disorder.

Organising various training courses, we give the chance to master new professions, to get a job.

We hold festivals of creativity featuring people with a hearing disorder to showcase their creative abilities, development their talents and their integration into society.

We want the deaf to have equal opportunities. Therefore we have opened the centre for social help Komek, which includes shops, trade boutiques, sewing workshops, polygraphs, furniture production, a deli, cookery, a dry cleaner, a laundry and beauty shop work. We have also opened a creative workshop Theatre of Mimicry and Gestures for realisation of creative potential, possibility of self expression and transfer of the look and outlook on current events.

At present, the dispatching office of sign language translation for people with a hearing disorder is operating. In our plans, we have a professional television station World of Deaf with a national level cover zone, creation of new, interesting programmes and cooperation with television stations for deaf individuals from different countries. We also plan to work on translation of world cultural and sporting events into sign language.

Only 20 percent of people are deaf from birth. The other 80 percent lose hearing because of injuries and diseases. Is this correct?

Unfortunately, nobody can give such statistics. The set of factors governing the loss of hearing are many: ecology, lack of early diagnostics, heredity, a Rhesus factor, drugs, low quality medical care, the wrong treatment at pregnancy, social vulnerability.

In general, what is the situation with employment for the deaf?

Employment of deaf people is one of the main problems. The non-competitiveness of hard of hearing invalids on the labour market happens because of a lack of communication between the person with a hearing disorder and employers.

Also, almost all deaf people have the third group of disability, which doesn’t allow them to apply for state housing and other privileges.

Under current circumstances, what is necessary to motivate businesses to grant jobs to deaf people?

According to Kazakhstan legislation, an enterprise in which more than 51 percent of disabled people work are exempted from payment of the VAT and a social tax.

Authorised bodies approve a list of the organisations for which a three percent quota is established out of the total number of jobs. But even creating quotas for jobs doesn’t equal hopes for this category. For example, in France and Hungary, organisations with more than 20 employees and in Austria and Poland with 25 workers fall under laws on quotas. In Spain this number reaches 50 people.

The quota for people with disabilities in Germany is 5 percent and in France it is 6 percent.

In Europe, enterprises that do not meet the quotas must pay into a trust fund which is used to create jobs for disabled people.

Also in the majority of countries, the state subsidies enterprises employing disabled people.

Subsidies are provided only in case the disabled person receives the same salary with guarantee as an employee without a disability in a similar position.

Thus, Kazakhstan has a bright example of the worthy life of physically disabled people. Only two important points are necessary. They are the changes at the legislative level and serious financing.

The state allocates a translator for deaf people, but limits usage to 30 hours per year. Is it enough?

Thirty hours a year are catastrophically not enough.  It is a big problem and we cannot do anything without state support.

How many people in Astana live with a hearing disorder? And what conditions are created for them: are there boarding schools, specialised kindergartens or other facilities?