Europe and Kazakhstan: A Trade Link Made in Heaven

By Zhanbolat Ussenov in Nation on 21 September 2016

Is Kazakhstan part of Europe? A rhetorical question with no hard and quick answer. 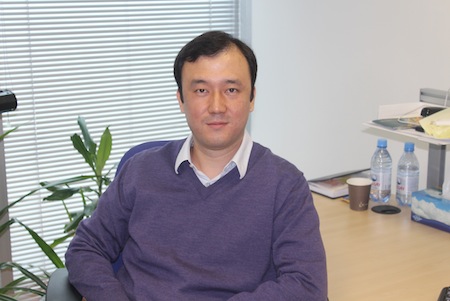 Geographically, about 14 percent of the republic’s territory is in Eastern Europe. But even that relatively small portion of land makes Kazakhstan the 7th largest European country. Needless to say that the remaining 86 percent of the territory allows Kazakhstan to be considered one of the biggest nations in Asia.

Kazakhstan is a member of the European Football Association but at the same time it is part of the Asian Boxing Confederation. Kazakhstan is an important partner of the Asian Development Bank as it is of the European Bank for Reconstruction and Development. Kazakhstan successfully chaired the Organisation for Security and Cooperation in Europe but the country also authored and initiated its Asian peer – the Conference for Interaction and Confidence Building Measures in Asia.

It is indeed hard to tell.

At the same time, there is a simpler yet more practical question: is the Europe-Kazakhstan relationship important? And here the answer is clear-cut: yes, it is.

Firstly and most obviously – Kazakhstan is one of the largest suppliers of energy resources to Europe. For instance, it accounts for more than 25 percent of Austria’s overall oil imports and a good third of Romania’s imports. Every third litre of gas bought by German car owners is produced from Kazakh oil.

Besides, Kazakhstan is an important global security partner not only due to its role in supporting the International Security Assistance Force in Afghanistan but also because the infamous “great arc of instability” lies not so far from Kazakhstan’s borders.

Commercially, Europe is Kazakhstan’s No.1 trade partner with European nations accounting for more than a half of the country’s trade turnover. They have also put the largest amount of investment into Kazakhstan’s economy: $110 billion out of the total of $222 billion that the Central Asian country has attracted over the past decade.

However, there is more to the Kazakh-European bond than meets the eye.

Coming back to geography, there is an unclearly defined term “Eurasia” – a reference to the landmass in the centre of the Eurasian continent, which includes Kazakhstan. “Eurasia” used to be the most important focal point of trade routes between Europe and Asia, including the Silk Road.

The region thrived on transit and lived in fame and prosperity until the development of maritime navigation lured away the shipments and put an abrupt end to Eurasia’s relevance to pace and requirements of the global development. Our part of the world fell into obscurity and was colonised by the great powers, including the British and Russian empires.

Today, the picture is changing. After the collapse of the Soviet Union and dismantling of the “Iron Curtain,” Eurasia opened itself to the world. And the world figured that with modern day land transportation infrastructure, the region could become both a very viable alternative and an important complementary element to sea transportation routes.

Although intraregional trade in Central Asia is still very far away from fulfilling its potential, the region’s role as a transit space for Asia-Europe trade is rapidly increasing. The rise of China, e-commerce and time sensitive deliveries, including Chinese flagship e-commerce giant Alibaba Group’s encroachment on the region, make land shipments through Central Asia ever more relevant.

Kazakhstan authorities can see this path back to global prominence quite well and are doing their utmost to expand both the infrastructure and Kazakhstan’s presence in key destinations for land shipments, including sea ports of Lianyungang in China and Bender Abbas in Iran.

So far, the motto of Kazakhstan’s government has been to “transform land-locked into land-linked.” In practice, it means “grab all transit opportunities you can.”

For example, the TRACECA project connecting Asia to Europe through the Caucasus and Central Asia has been there for more than two decades and has seen a continuous increase in shipments. TRACECA is a few times shorter than maritime transportation options from Asia to Europe and at least 600 kilometres shorter than other land transportation routes. Kazakhstan is investing heavily in making this route more attractive. The recent launch of railway connecting the two Kazakh cities of Zhezkazgan and Beineu made the TRACECA route at least 1,000 km shorter.

In this regard, transit routes through the country’s huge neighbour – Russia – are supposed to be one of the options on the “menu list” that Kazakhstan offers to potential customers. Northern routes are decades old, tested and reliable. Through Kazakhstan and via the Russian territory, for instance, Asian customers can get a fast and convenient access to Belarus or the Baltic seaports of Ventspils and Klaipeda.

Of course, “replacement” for the Russian destination may be required if the current geopolitical game of sanctions and counter sanctions between Russia and the West becomes too heavy a burden for cargo shippers to bear. Kazakhstan will be able to redirect some of its transportation through Russia to other destinations but only some. So, the sanctions regime, which is already affecting Kazakhstan, could potentially hurt the country’s transit business even more severely.

In terms of Europe-Asia land transit, Russia, quite naturally, is not only a partner but also a competitor to Kazakhstan. It is true that Russia’s Trans-Siberian railway is at least two times longer a route from Asia to Europe than TRACECA running through Kazakhstan. At the same time, when you ship through Russia for the most part you deal with only one customs – Russian – and only one tariff regime. Whereas, at TRACECA you may have to deal with as many as 13 countries and the same number of various tariffs and customs requirements. Creating a common set of intergovernmental regulations and tariffs is the key challenge not only for TRACECA but for other transit routes where Kazakhstan is participant.

Kazakhstan Temir Zholy (national railway company) believes that by 2020 shipments through TRACECA will increase to 17 million tonnes meaning that the Caspian port of Aktau in western Kazakhstan will remain busy despite a decline in oil transportation as part of Aktau-Baku-Tbilisi-Ceyhan route.

Through Aktau runs another important route. A couple of years ago, Kazakhstan, Turkmenistan and Iran opened a railway connecting the three countries as part of North-South route. In theory, it means that European customers now have access to the Persian Gulf through Kazakhstan and Iran’s seaport of Bender Abbas. China and East Asian nations may also use that route as an alternative to their traditional Malacca Strait transit.

Kazakhstan and Europe may seem to be many thousand miles apart but in fact they are fitting pieces of a global trade puzzle. With a continued increase in land shipments and transportation, Kazakhstan will claim back its well-deserved role of a golden bridge bringing Europe closer to the rising Asia.