Eurasia International Film Festival to Kick off in September in Almaty

ASTANA – The 12th Eurasia International Film Festival will be held Sept. 24-30 in Almaty. More than 80 films will be shown and Arab films of different genres will be screened for the first time in the festival’s history. 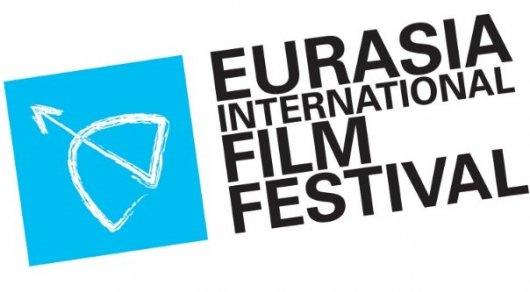 The festival will be held under the motto “Love as the basis of human life and a path for the harmonisation of cultures” and will bring together countries of Asia, Europe and the global community.

“In the year that marks the 25th anniversary of the independence of Kazakhstan and the millennium of the city of Almaty, these seven days will become a meeting place and the beginning of creative projects for film professionals from all continents,” said festival president Rashid Nugmanov, according to its website.

Films from around the world will be shown, as feature-length films will be joined by the inaugural competition of short films. The out-of-competition programme includes an Asian, European and global panorama of movies. Eurasia will also present documentaries and a special programme for children, both of which were introduced last year.

“Today, a lot of attention is paid to the Arab world and it is mostly negative. We want to show the good and cultural component of those countries, so the most popular films from different Arab countries of 2015-2016 will be shown within the festival. All of them belong to different genres, including comedy, thriller, social-themed and other,” programme director Yelena Larionova told The Astana Times.

She added the films included a panorama of those which already participated in the leading festivals, such as Berlin and Cannes, and all are top films of the year.

The documentary section promises to be interesting, including not only Kazakh films, but ones created by western directors. Italian documentary “Fire at Sea” (directed by Gianfranco Rosi) and Americans “Weiner” (directed by Josh Kriegman and Elyse Steinberg) and “Where to Invade Next” (directed by Michael Moore) will be shown, according to Larionova.

The in-competition programme has no restrictions for participation by any country and no specific focus.

This year, the organisers plan to bring the festival to the streets by making it more democratic and popular. The part of the festival called The Love for the City will be screened in public places such as cafés and parks and will be free to attend.

“The Love for the City will intertwine with the love for films and pour out into the streets, the parks, in cinemas with a video stream of festival films,” said Nugmanov. “We are are seeking to reach everyone who appreciates and loves the cinema, who sees films as a source of imagery, inspiration and aesthetic pleasure, to use this unique opportunity.”

The festival will also feature The Love for the Cinema and The Love for the Profession. The former is the main competitive and non-competitive programme, while the latter will include a series of workshops, professional meetings of representatives of the industry.

In addition to the main awards, the festival’s chosen films will be awarded prizes by an independent jury of the Network for the Promotion of Asian Cinema (NETPAC) and International Federation of Film Critics (FIPRESCI). For the first time, there will also be awards from the Tulpar National Academy of Motion Picture Arts and Sciences.

“The purpose of the Eurasia Film Festival is the development of Kazakh cinema as a form of art and as an industry, the increase of the interest of the broad public in film art and the strengthening of international cooperation,” noted the film’s website.