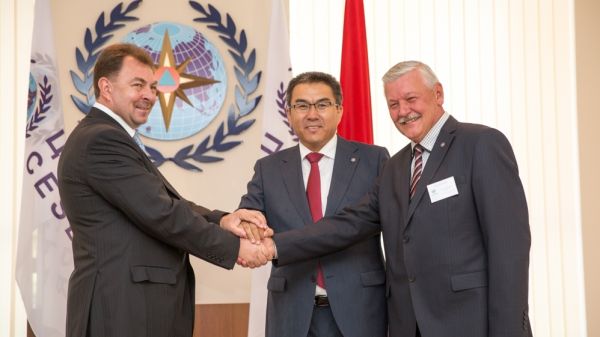 Kazakh Deputy Minister of Internal Affairs Yuriy Ilyin, Kyrgyz State Secretary of the Ministry for Emergency Situations Taalaibek Temiraliev and other officials and representatives of international and non-governmental organisations, scientific institutions, as well as embassies and consulates attended the event.

In 2005, Kazakhstan initiated creation of the EDRRC during the second World Conference on Disaster Risk Reduction in Kobe, Japan. The majority of the Central Asian countries and international organisations working in the field of disaster risk reduction supported the idea.

On May 17, 2013, Kazakhstan and Kyrgyzstan signed an agreement to establish the EDRRC in Almaty. This year in July, the arrangements were completed.

The centre has the status of a permanent intergovernmental body, an international organisation established to ensure effective mechanisms to mitigate the risk of emergencies and its consequences, as well to ensure joint responses from all stakeholders.

All interested countries can join the EDRRC. In addition, international organisations and states may be granted observer status. In April, Afghanistan has officially delegated its representative as an observer to the centre.