ASTANA – Citigroup, one of Kazakhstan’s largest foreign banks, continues to expand its operations amid today’s uncertain economic situation. The Astana Times spoke with Andrey Kurilin, Citi’s country manager and a CEO of its daughter bank in Kazakhstan, to find out how and why Citigroup has decided to keep growing. 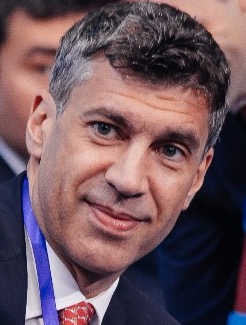 “The market conditions in Kazakhstan are fully suitable for a global player with high standards around product offering, client selection, regulatory compliance and staff qualification, like Citi,” he said. “The fact that Citi finds Kazakhstan important and maintains a sizeable operation here speaks for the market’s positive attributes. It’s up to a foreign investor to capitalise on the market opportunity.”

Recently, Kazakhstan has been attempting to diversify its economy, which has seen a major slowdown due to the low oil prices of the last year, and the subsequent significant weakening of its currency.  Still, Citi’s enthusiasm remains intact, Kurilin said.

“Generally, banks [in Kazakhstan] proved to be capable of reacting to external and macroeconomic challenges,” he explained. “The market is competitive; if one offers a good product, is focused and disciplined about regulatory compliance, he can succeed.”

Following the currency adjustments of the past year, the banker withstood from making predictions. He did, however, offer his take on the factors that affect the currency situation.

“Currency is tied up with the other pillars of the economy,” Kurilin said. “It’s clear that the conjuncture in the global commodity market, specifically in oil, is important, especially for a country like Kazakhstan, an oil exporter. So when oil got cheaper, the country’s currency reacted accordingly. This was logical and expected and that’s what happened in a lot of countries with similar economic models. So the price and demand for oil would be the factor that influenced the current situation with the national currency in Kazakhstan. If major factors that can impact Kazakhstan’s economy remain stable, then we should expect certain predictability.”

But what’s more important, according to Kurilin, is that Kazakhstan has been an attractive market for two decades in terms of foreign direct investment (FDI). “The country has attracted a significant volume of FDI and investors take Kazakhstan seriously, they think of Kazakhstan as a market where they could invest. No one is saying [investing here is] without challenges or things that need to be addressed but many other markets have not attracted anything near what Kazakhstan has managed to attract. So long as this continues, the focus would be not only on new investors but on existing investors.”

Kurilin is optimistic about Kazakhstan’s future growth. “It is an accomplished country now. Fifteen years ago it was only emerging [out of the shadows] of another country but now it is a well-recognized, sovereign economic player. Also, there is a new generation of people who are more open-minded and better prepared for the competitive environment.”

As of July 2016, Citibank Kazakhstan ranks 7th among Kazakhstan’s banks in capital (113.66 billion tenge), and 11th – by assets (a 93.5% increase year-on-year). However, Kurilin insisted, not everything is reflected on balance sheets alone. “You should measure banks not by the size of their balance sheet but by their reach within their client segment, the quality of their services and the business volumes they process – and not always do those volumes appear in the balance sheets statistics,” he said. “Especially if you specialise in transactional services, you focus on processing, not the assets build-up.”

“We are one of the most efficient banks in Kazakhstan,” Kurilin explained. “We have a high share in the target market segments, a strong team and a strong reputation.” Citibank Kazakhstan has more than 130 employees in Almaty, Astana, Aktau, Atyrau, Kyzylorda and Temirtau, according to the country head, who has been with Citi in different assignments and countries since 1996 and has been in his current job since 2014.

“Kazakhstan is an open economy, more so than some other emerging markets. If you look at the big industrial players in Kazakhstan you can see that foreign investors play an important role in oil, metals, and consumer products. Citi’s mission is to be a bank of choice for larger local corporations and our global network clients. Our competitive advantage is global reach and a strong international client network. Citi is the only bank in the world that has staff in almost 100 countries. Some of our network clients are the largest players in their respected industries in Kazakhstan. Our primary mission is to be a bank of choice for day-to-day transactional needs of our clients.”

“I have an exciting job,” noted Kurilin. “We in Citi are pleased with our Kazakhstan story.”