By Malika Orazgaliyeva in International on 28 September 2016

Foreign ministers from Central Asian nations discussed regional security and other issues during a Sept. 22 meeting in New York, according to the Ministry of Foreign Affairs of Kazakhstan. 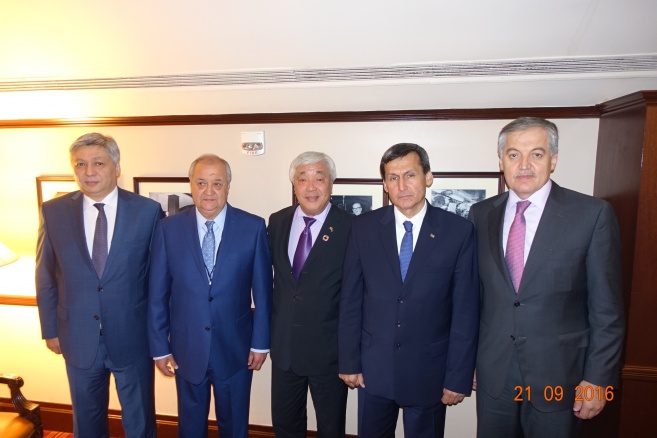 This year, all Central Asian countries will celebrate the 25th anniversary of their independence. Over the past quarter century, the countries have made progress in the modernisation of their political systems, public administrations, construction of modern economies, socio-economic and democratic development, as well as strengthening of inter-religious and inter-ethnic harmony.

The sides expressed interest in deepening cooperation across issues, including in politics, security, economy, education, science and culture.

Idrissov said that as a non-permanent member on the UN Security Council in 2017-2018, Kazakhstan will represent the common interests of Central Asian countries and promote peace, security, stability and development in the region.

The parties discussed preparations for the Oct.18-19 43rd session of the Organisation of Islamic Cooperation (OIC) Council of Foreign Ministers in Tashkent. The session will be held under the slogan “Education – the Path to Peace and Creation.” Idrissov, Kamilov, Abdyldayev and Aslov expressed their willingness to participate in the event.

The sides noted the importance of regular meetings in strengthening the spirit of cooperation and mutual understanding in Central Asia.