A few months later, in 1991, the two countries signed the Quadripartite Agreement with ABACC and the International Atomic Energy Agency (IAEA). It was the first time Brazil and Argentina had negotiated as a joint delegation with an international body. Within a short space of time, important milestones in the strategic bilateral relationship between Brazil and Argentina were reached, helping to establish the atmosphere of peace, mutual trust and cooperation that prevails between the two countries. 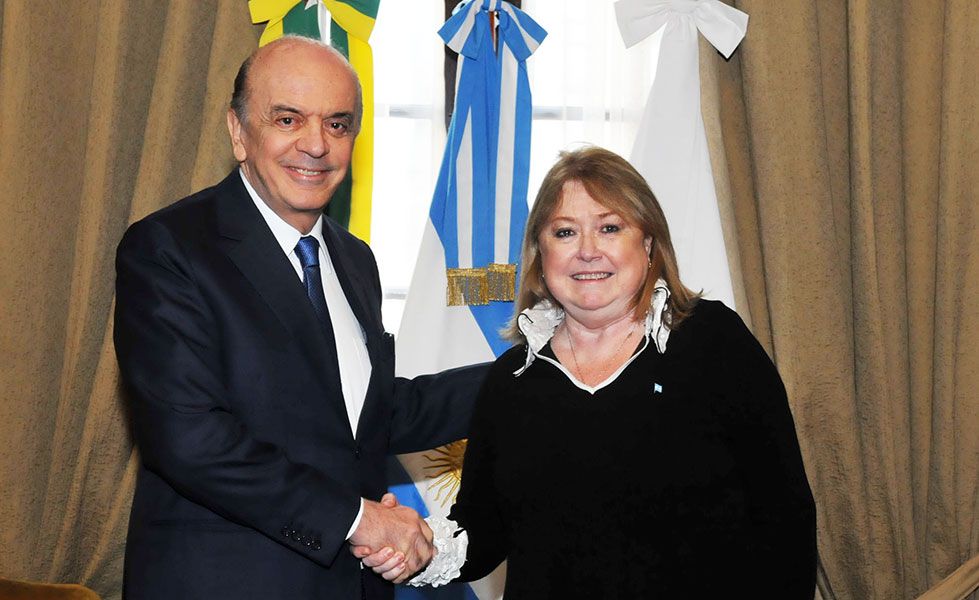 Given the importance we attach to our bilateral relationship, which is one of the priorities of our respective diplomatic endeavours, it is natural that we work together, in integrated fashion, in many different areas. The commitment of both our societies to this objective is due in no small part to the decision to increase our cooperation in the nuclear field.

In the 1970s, different political and historical factors hindered the pursuit of closer ties between our countries. Disagreements about the construction of the Itaipu and Corpus power stations, and suspicions generated by our respective national nuclear programmes, threatened to create a situation of spiralling insecurity in our region.

Fortunately, the re-democratisation process in both our countries, from the 1980s onwards, paved the way for a radical transformation in the way Brazil and Argentina viewed each other, making possible a broad relationship characterised by cooperation and integration. Presidents José Sarney and Raul Alfonsín played a key role in this change. The process was continued by their successors, whose efforts, accompanied by a strong commitment on the part of scientists and diplomats from both countries, culminated in the creation of ABACC.

Today, the bilateral cooperation process allows us to engage without fear in the development of nuclear energy for exclusively peaceful purposes, with a view to achieving technological, economic, and social advances. Brazil and Argentina currently cooperate not only in the reciprocal verification of their nuclear activities but also on a series of joint projects that seek to concretise the strategic nature of our relationship. This is the case with the building of the Brazilian Multipurpose Research Reactor and Argentina’s RA-10 Research Reactor, both emblematic projects conducted jointly by the two countries, capable of supplying the entire regional market with the radioisotope Molybdenum-99, which is extremely important in the medical industry.

We must remember that nuclear energy has an essential role to play in sustainable development and in reducing the dependence of our economies on fossil fuels.

Through the creation of ABACC and the Common System for Control of Nuclear Materials, our negotiators conceived an arrangement that had previously been unthinkable in such a sensitive area. Through that arrangement, the inspections of the Argentine nuclear installations are carried out by Brazilian inspectors, and the inspections of Brazilian nuclear facilities are conducted by Argentine inspectors. Since its creation, ABACC, in close cooperation with the IAEA, has conducted more than 2,500 inspections in both countries, the results of which are published in annual reports on its website. ABACC also participates as an observer in meetings of the IAEA Board of Governors.

This dynamic requires a level of trust and a degree of reciprocity that attest not only to the uniqueness of the Brazil-Argentina relations but also to its contribution to the region and the world, the agreement being paradigmatic with regard to security and non-proliferation. This experience today serves as a model of how impasses might be overcome in other regions.

Our experience with ABAAC demonstrates that it is possible to create new levels of confidence through diplomacy and the creation of original institutions. In politics, it is necessary to be daring in pursuit of a greater good: that of peace. Based on this strategy and on our peaceful vocation, Brazil and Argentina will continue to strengthen their ties of friendship and cooperation both in the nuclear field and in all those other areas that contribute to the sustainable development of our countries and the welfare of our peoples.