By Zhanna Shayakhmetova in Nation on 26 September 2016

ASTANA – A new bill on local self-government might be introduced in 2018, Minister of National Economy Kuandyk Bishimbayev announced during the presentation of the draft law “On amendments and additions to some legislative acts of Kazakhstan on the development of local self-government” at the mid-September meeting of the Committee for Economic Reform and Regional Development of the Mazhilis (lower house of Parliament). 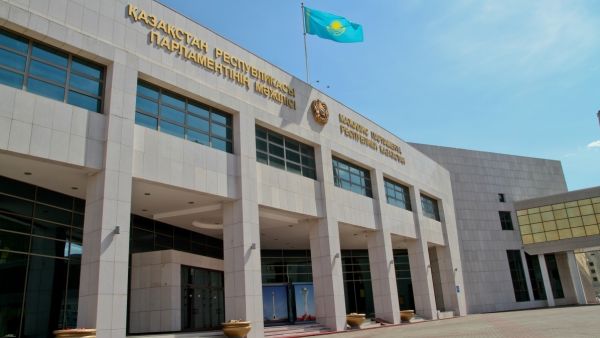 “The adoption of the bill will increase the financial independence of local self-governments in addressing pressing local issues and opportunities for citizens to participate in decision-making through the development of local government,” said Bishimbayev.

The bill introduces some changes and additions to the budget, tax and civil codes and laws “On state property,” “On local government and self-government in Kazakhstan” and “On advertising.”

At present, the budget system of Kazakhstan consists of three levels. There is no independent budget at the level of regional cities, villages, towns and rural districts but there are almost 2,500 administrative units.

“The local self-government budget at the level of cities of regional importance, villages, towns, rural districts is being implemented as a fourth level of the state budget in 2018 in the administrative territorial units with populations over 2,000 people and it will be implemented nationwide in 2020,” said Bishimbayev.

The revenue sources of the local self-government budget consisting of tax and non-tax revenues are also identified in the bill. The tax revenues include personal income tax on income not subject to withholding; property tax of individuals; transportation tax for individuals and legal entities; land tax for individuals and legal entities on populated locality; payment for placement of outdoor (visual) advertising on roads that pass through the cities of regional subordinance, villages, rural districts. The non-tax revenues include revenues for property lease (rent) of the state property; voluntary duties of natural and legal persons; fines levied by akims (mayors) for administrative offenses provided by the code “On administrative offences”; proceeds from the sale of municipal property; transfers from the regional budget.

The expenditures of the local budgets will be determined at the level of the current budget code in 19 areas of expenditures of a village akim, including pre-school education and training, landscaping and planting of settlements, construction, reconstruction and repair and organisation of water supply and others.

The bill also introduces rules to the civil code and the law on state property, defining the concept of local self-government communal property and the formation and management of the property.

According to the minister, the local self-government property will consist of the assets of the local treasury and property assigned to the communal legal entities.