By Kseniya Voronina in Tourism on 9 September 2016

Serik Kozhaniyazov, deputy akim of Kyzylorda region and the President’s special representative at the Baikonur launch site, spoke about the region’s preparations in light of the upcoming international exhibition at the third meeting of the Astana EXPO 2017 public council. 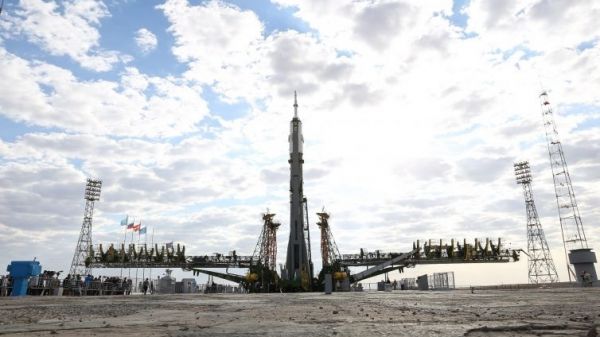 “The Kyzylorda region is preparing to greet a lot of tourists who will come to attend EXPO in Astana. For us, it means a chance to improve the region’s development. The Baikonur launch site will be the most attractive place to visit. We know about problems in our infrastructure. We have a lot of places which can attract tourists, but most of them have no proper access. Thus, we decided to concentrate on Baikonur as well as on the Aral Sea, Kambash Lake and Korkyt-Ata complex located along the Western Europe-Western China route. The logistics in Kyzylorda region are well organised, as we provide airplanes, railway transport and hotels,” he said.

Astana EXPO 2017 national company chairman Akhmetzhan Yessimov said even those regions with potentially-promising tourist facilities still do not seem to understand the way they can benefit from the great opportunities of the tourism business.

“An interesting article was recently published in the media which compared our Baikonur with the cosmodrome at Cape Canaveral. I have learned that their launch site is visited by three million tourists every year. If each tourist spends about $1,000 during his visit, then three million tourists will make the same profit for the region as the production of hydrocarbons,” he said.

Kozhaniyazov said the comparison with the American spaceport was incorrect.

“Their space centre was initially constructed to attract tourists, while Baikonur was built in the Soviet times as a closed strategic military facility,” he said.

He added there has been a slight progress in the tourism sphere since last year.

“We are working closely with Roscosmos. Last year, we organised a selection procedure for tour operators for the first time in the history of the launch site. We invited Russian, Uzbek and Kazakh candidates. To date, seven Kazakhstan tour operators are accredited and can organise tours to Baikonur. We haven’t solved some issues yet including infrastructure and financial affordability, as well as security. The Baikonur cosmodrome remains a military facility and is not intended to be visited by tourists. We may organise three starts during the exhibition in 2017. On the other hand, we have a very good museum where we can receive tourists during a rocket launch period. We also have Gagarin’s starting point, which is open to public,” said Kozhaniyazov.

As he pointed out, a special programme transferred from the Russian side has been developed together with the Kazakh Ministry for Investment and Development.

“On Sept. 1, I met with Roscosmos representatives. We agreed on the Baikonur tourism potential development. In late September the members of our special Kazakh-Russian commission will meet in Kyzylorda, where the final version of a programme will be signed.

“Usually, applications for foreign tourists who want to visit Baikonur are processed within 45 working days. We have found a compromise with the Russian side to reduce this period up to 10 days. The applications sent by Kazakh tourists are considered within three days,” said Kozhaniyazov.

They have also been working on Baikonur brand promotion together with the Astana EXPO 2017 brand name, he added.

“We have created a Baikonur cycling team which participates in European races. We also agreed with Prime Minister Karim Masimov on the organisation of a special bicycle race in Baikonur next year with his participation. Masimov in his turn invited Russian Prime Minister Dmitry Medvedev. The Russian side confirmed that it is ready to begin preparatory work for the joint bike ride,” said Kozhaniyazov.

Production of buses under the Baikonur brand name was also established together with an Austrian company.

“The first bus was presented at the Astana Economic Forum. These busses will operate in Astana and in Moscow. They were also in operation during the European Championship in Paris,” he said.