By Malika Orazgaliyeva in Nation on 22 September 2016

ASTANA – The development of biotechnology is among Kazakhstan’s priorities. discussed creating an innovative economy, using new technologies and enhancing the competitiveness of Kazakhstan’s biotechnology industry in his recent interview with Kazakhstanskaya Pravda newspaper. Ramankulov, 49, has headed the NCB since 2005. He is a professor at the International University of Vienna and the Kazakh National Academy of Natural Sciences, and arrived at the centre via studies in Lomonosov State University, the Institute of Molecular Genetics of the Russian Academy of Sciences and Texas A&M University, where he did doctoral study. 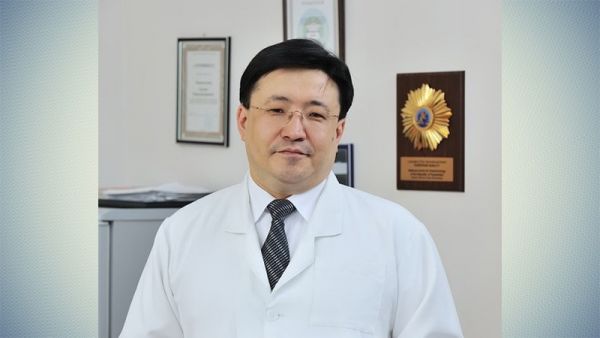 The NCB is Kazakhstan’s largest scientific centre, with laboratories, high-tech equipment and a staff of 340 highly qualified specialists. Looking to the future, NCB is developing a doctoral programme, and holds meetings of the Bio Club for children in the Palace of Schoolchildren, to encourage children to study science, Ramankulov said.

According to Ramankulov, creating such a centre was a huge step forward for Kazakh science. In his words, its staff has a specific task: creating innovative technologies for the transition to the next industrial revolution.

“Kazakhstan now lives in the fourth phase of revolution, improving indicators step-by-step in different directions. The President and government put a lot of effort into diversifying the economy, thereby making the transition to the next stage of economic development. Even on such common social parameters as life expectancy, we have made huge strides in the last 10 years, and today the figure exceeds 70 years,” Ramankulov said.

Biotechnology, with its enormous possibilities and prospects, is regarded as one of the surest ways to enter a new level of development, as it is not only science based on plant, animal and human cells, but also is the development and commercialisation of innovation. In developed countries, the industry has become a leading economic sector and is already beginning to outpace computer and information technologies both on turnover and capitalisation. Kazakhstan today is on the way to this.

“We are a young country. Our science is young, too, and it is developing dynamically due to state scientific and technical policy. We must strive to be at the forefront, to keep up with the advanced part of the world. One of our functions is to create a zone of competencies that can help quickly perceive what the next cutting-edge technologies will be, adapt them to our domestic conditions and be able to use them for the good of individuals,” the scientist said. Under the leadership of Ramankulov, the NCB is actively involved in state programmes and projects promoting industrial biotechnology and creating diagnostic products and vaccines using molecular and genetic methods to ensure veterinary security. Medicine, environmental protection and processing, the food industry and agriculture are the priority areas for scientific development. More than 2,000 new genetic lines of wheat, new varieties of spring-planted soft wheat resistant to fungal infections, and new varieties of potato are just part of the developments created in the scientific institution.

Not long ago, NCB scientists received an order from the Ministry of Agriculture to conduct genetic testing on breeding animals in order to confirm their breed. Steers are given passports not at the whims of their owners, but because “highbred” animals with proven high reproductive success are estimated to be several times more expensive than their fellow animals and bring a considerable profit.

“Here we must compete with many foreign companies and give reliable results. If we are able to do it, we should do it ourselves,” Ramankulov noted.

In recent years, NCB scientists have developed a number of methods, technologies and products for the treatment of certain diseases, including tablets to treat severe anaemia. One cell-based medicinal product, a type of “artificial skin” for the treatment of moderate to severe burns, was patented in 2011 and is recognised by the Kazakh Ministry of Justice as invention of the year.

“The idea is not ours, but we made it from scratch,” Ramankulov noted. The process has now been used to treat more than 100 patients at the Research Institute of Traumatology and Orthopaedics in Astana, and has exceeded all expectations.

“We saw that healing occurs twice as fast,” Ramankulov said, citing as an example the case of a fire fighter who, after receiving extensive burns, could not recover. By applying the new treatment using aerosol, his body was able to build up skin, literally putting the victim back on his feet.

A large sector of medical technology refers to genetics, in which local scientists have achieved considerable success. Now, according to Ramankulov, medicine is entering its personalised development stage, and is fast approaching a time when a doctor will prescribe medications to a patient that take into account not only weight, age and gender, but also metabolic indicators based on the results of genetic analysis. Indeed, the NCB has developed a diagnostic panel that calculates an individual dose of drugs to reduce the risk of thrombosis.NCB works with chemistry issues as well, particularly stem cells, which researchers hope can be the building blocks of treatments for everything from treating complicated diseases of the cardiovascular and nervous systems, to restoring ligaments and bone tissue, to warding off the processes of age.

Regarding genetically modified products, Ramankulov says that although GMOs are threat to biodiversity, they present no danger to man, and the debate over their use in food is based only on commercial concerns.

“[We must] take into account the fact that the development of modern biotechnology is impossible without the development of new genetic lines of research, not only medical, environmental, but also the bioengineering of plants and microorganisms. In this regard, genetic modification should be considered from the perspective of its benefits and profitability. Not so long ago, GMO cotton was created in the laboratory. In the traditional Kazakh cotton variety, ‘Turkestan,’ was introduced a bacterial gene for resistance to an herbicide widely used in agriculture,” Ramankulov informed.

“Thus, the variety was significantly improved, and as a result, the productivity of an important agricultural crop was increased and hence the competitiveness of domestic cotton producers. And the main thing: now, there is no need to order such technology from foreign companies,” added the scientist.

Meanwhile, he thinks, people do not think about the bigger dangers lurking in seemingly ordinary food that has a long shelf life, like semi-finished products, sausages and canned goods thickly seeded with preservatives and stabilisers. Or about fruit and vegetables containing herbicides and pesticides. The risk of harm from these chemicals is far greater than from GMOs, he believes. “I am an atheist. What do I believe? I believe in universal moral principles, which nobody should betray,” the doctor said.