By Kamila Zhumabayeva in Tourism on 27 September 2016

ASTANA – Stop by Turgen Waterfall, see the grave where the famous “Golden Man” was buried, visit the breathtaking Charyn Canyon, catch some fresh mountain air and views at Big Almaty Lake, listen to a sand dune sing on the Ili River and let spruces rising right out of Kaiyndy Lake completely take your breath away.

Almaty region is one of the few corners of the earth where you can watch the sunrise over the steppe, eat lunch in a forest and watch the sun set from a mountain pass. The region’s Zhetisu (“Seven Rivers”) region abounds with recreational resources, nature, and historic and cultural monuments.

The unique sanctuary with rock carvings found in Tamgaly Tas (“Stones with Signs”), about 170 kilometres from Almaty, has more than 4,000 drawings from the Bronze Age, early nomads and the Turkic period, according to a report on Zhetisu.assembly.kz.

Sun gods, goats, Siberian stags, deer, domestic animals, camels, horses and bulls; hunting scenes, rituals and sacrifices; women figures, archers and falcon hunters and many other designs have been marked on both sides of the gorge.

The burial grounds of early nomads and their settlements are also located near the gorge.

Located in Zhetisu, in the upper Ili River area, the Bes-Shatyr necropolis (graveyard) was a place of worship of the ancient Sakas who lived on the territory of modern Kazakhstan in the first century BC. About 18 royal kurgans (burial mounds) are located there, web sources state.

Crypts made of Tien Shan spruce were built underneath the barrows. West of the kurgans, a chain of stone slabs with images of animals carved on them scatter north to south. Scientists believe this place was a ritual part of the cemetery. 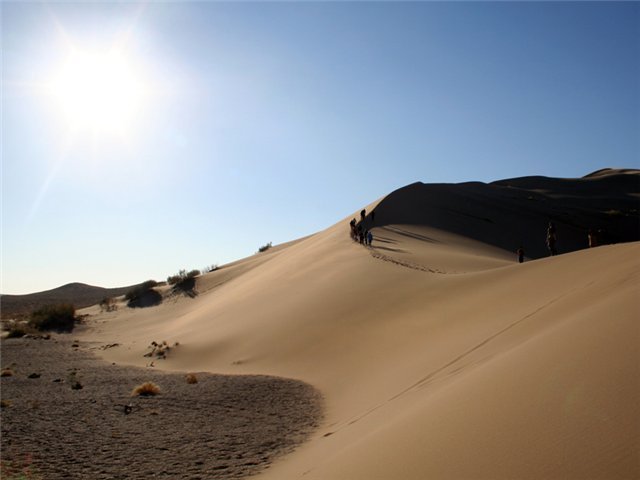 Located on the right bank of the Ili River, a sand dune produces a sound in dry weather like an organ melody. The sound may be caused by wind passing over dunes or by walking on the sand, and can be heard several kilometres away. The dune does not wander, despite unsteady sand and strong winds, but has remained in one place for several millennia.

The strange landscape is the result of a giant inland sea from about 15 million years ago, which left behind bizarrely shaped and coloured layers of sediment. Fossils of dinosaurs and ancient mammals are found here every now and then, Zhetisu.assembly.kz points out.

Forty-four kilometres into the vast Assy Plateau is a gorge rich with hot springs, waterfalls, coniferous and mixed forests, alpine and subalpine meadows, lakes and springs, medicinal herbs and berries.

Within this beautiful gorge in the Ile-Alatau national park are the Turgen Waterfalls, among the most visited tourist spots in Almaty region. One route to the falls begins in Almaty’s city centre and follows the road caravans used to take from China and India to Europe in ancient times.

The gorge has seven waterfalls. The Medvezhiy (“Bear”) and Terskensu falls are the most visited. The 30-metre-high Medvezhiy Waterfall crashes to earth amidst overhanging cliffs and green spruces. An earthquake broke the cliffs, creating the fall, and plant imprints of the pre-glacial period were preserved there. A spring with tasty, cold water is 300 metres above the bridge to the falls, Madenimura.kz notes.

The gorge also has a trout farm, where visitors can catch and cook their own trout for dinner.

The Issyk Kurgan is one of the biggest archaeological monuments of the Scythian-Saka period of the fourth century BC, according to Zhetisu.assembly.kz. The young man who was buried there may have been an 18-year-old Saka (Scythian) prince.

The richness of the burial items that the kurgan contained – warrior’s equipment and assorted funerary goods, including 4,000 gold ornaments – led the young man buried there to be named “The Golden Man.” 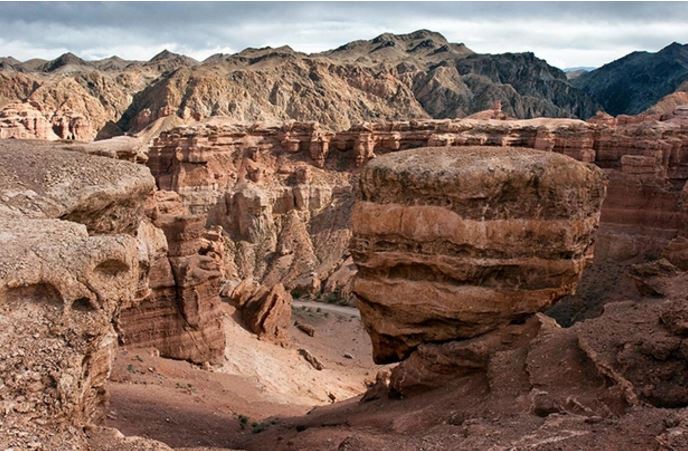 About 200 kilometres east of Almaty, Charyn Canyon is called a mini-Grand Canyon. Unique sandstone forms in the canyon have led to little districts being called Castles Valley, The Gorge of Witches and other fanciful names to reflect their shapes.

The height of the canyon’s vertical slopes, columns and arches reaches 150–300 metres. The canyon stretches for 154 kilometres northeast to southwest along the Charyn River. The river itself is considered perfect for rafting, the report indicates.

Located in the Trans-Ili Alatau mountains about 28 kilometres south of Almaty, Big Almaty Lake is a natural alpine reservoir.

The lake feeds on glacier water and creates a clear pool about a kilometre wide and 30-40 metres deep. The lake changes colour from pale green to turquoise blue depending on the time of year.

Fresh mountain air, the changing colour of the lake and the mountain views draw tourists every weekend. There is an observatory near the lake and a hotel where visitors can stay overnight under starry skies. 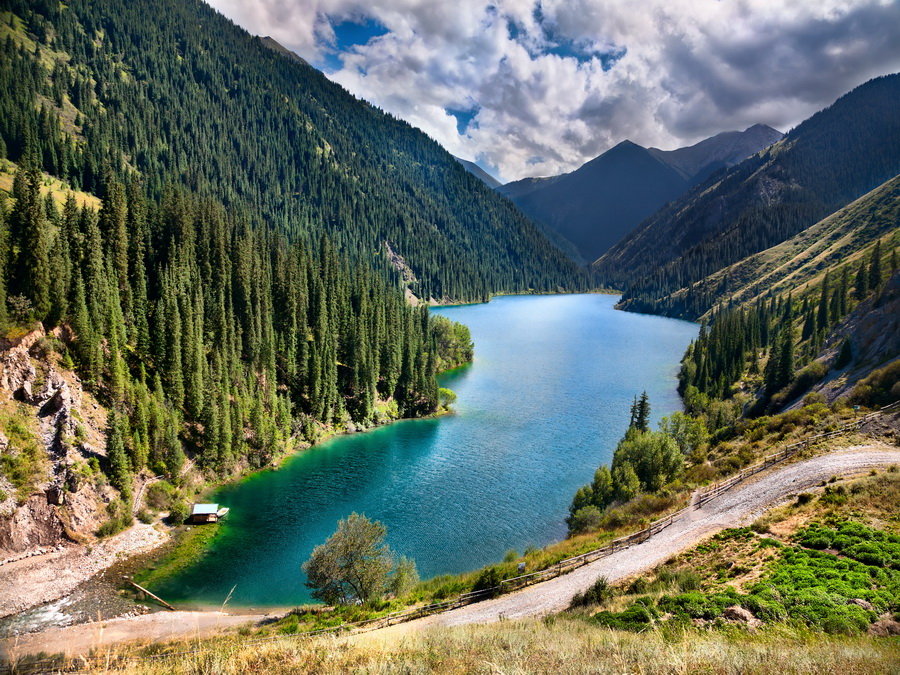 Located in Kungey Alatau range in the North Tien Shan, these three mountain lakes with steep, pine-covered slopes are called a gem of the North Tien Shan. The place is great for hiking, horseback riding and mountain biking. Comfortable guesthouses and campsites are available by the first of the Kolsai lakes.

The largest and most beautiful, Middle Kolsai Lake, is five kilometres from the first. Upper Kolsai is four kilometres further and 600 metres higher than Middle Kolsai, Zhetisu.assembly.kz notes.

The Sary-Bulak mountain pass, with great views of the blue Issyk-Kul Lake, awaits travellers after another six kilometres on the Kyrgyz border. The entire 25-kilometre trip can be completed in a day on horseback or three days by foot.

About 129 kilometres east-southeast of Almaty, the 400 metre-long, 20-30 metre-deep Kaiyndy Lake (“Birch Tree Lake”) lies within a splendid coniferous forest. Spruces rising right out of water are its main attraction.

Kaiyndy Lake is popular among diving enthusiasts despite its cold water. The lake is often referred to as “dead” because it does not have any fish.