By Azamat Syzdykbayev in Business on 7 September 2016

The Asian Development Bank has approved a $240.3 million loan to assist Kazakhstan with its transport system modernisation. 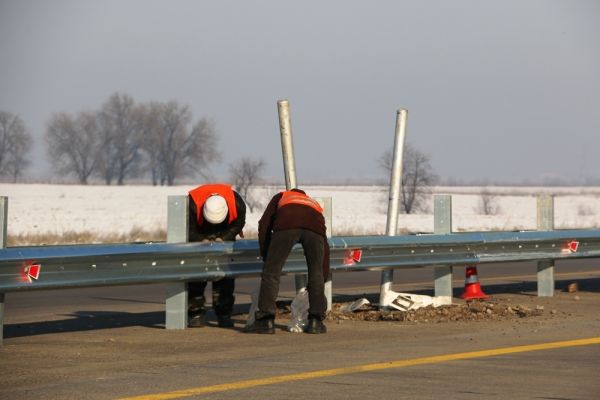 “Better communication and greater mobility will play a big role in ensuring the sustainable socio-economic development of the country. It will also open up new opportunities for trade and investment, as well as provide improvement of standards of living,” said the bank’s Transport of the Central and West Asia Department Chief Executive Officer Zheng Wu.

The allocated funds will be used to restore a dilapidated 299-kilometre section of the Aktobe-Makat Road in the western part of the country. A modern transport information system to improve traffic safety and logistics efficiency will also be introduced. The road is part of Baku-Astrakhan-Atyrau-Aktobe-Aktau trans-Caspian transport corridor, which connects Kazakhstan to Azerbaijan and Europe in the west, as well as provides communication with Russia in the north and Turkmenistan in the south. It also connects the 1b corridor of the Central Asian Regional Economic Cooperation (CAREC) in Aktobe and the 6a corridor in Makat, providing further access to China and Southeast Asia.

Transport links will also be established between Astana and Aktobe and the Atyrau major oil and mineral resources base, as well as with the city of Aktau, the only international trade seaport in the country.

The government has designated the following priority directions within the framework of the project to enable favorable conditions for regional economic development: transport system modernisation to increase the flow of goods through the country, improvement of internal transport links of strategic importance and regional influence to link the capital and other urban centres, as well as infrastructure development in the regions.

Headquartered in Manila, the main task of the Asian Development Bank is to reduce poverty in Asia and the Pacific region through inclusive economic and environmentally-sustainable growth and regional integration. The bank was founded in 1966 and will celebrate its 50th anniversary of regional development partnership in December. The bank has 67 countries as shareholders, 48 ​​of which are located in Asia. By 2015, bank assistance to Kazakhstan totaled $27.2 billion, including $10.7 billion as part of co-financing.