ASTANA – For the 25-year-old nation, the idea of renting is so alien that residents easily get dragged – as it first might look from the foreigner’s point of view – into insane mortgage rates. Some second-tier banks are giving mortgages with annual interest rates at as high as 16.5 percent and a 20-30 percent down payment. Since 1991, consumers have been overpaying triple the price of the apartment’s actual cost. That does not stop Kazakhs, however, from signing agreements with banks. 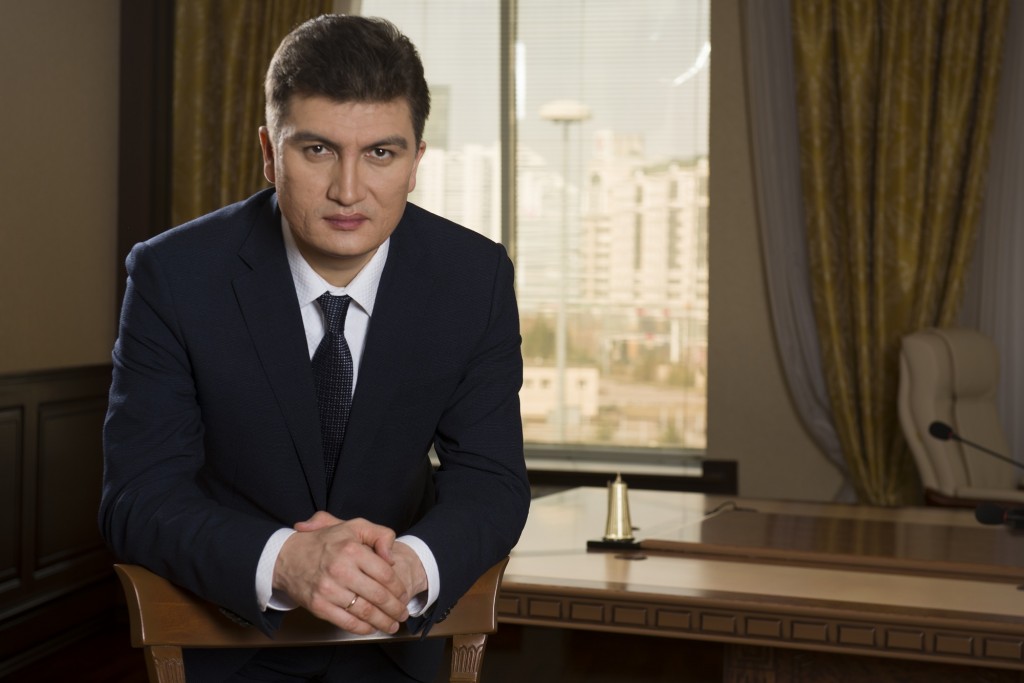 The 17-million population has a different approach when it comes to purchasing versus renting. The nation that prefers its traditional values regards family and stability as the top priority and the housing question, no doubt, is by far the most discussed in the lives of the majority of Kazakh citizens. Having one’s own apartment at whatever the cost still supersedes the idea of renting because “it will be yours eventually,” most people argue.

The state’s management has launched numerous campaigns to provide Kazakh citizens with affordable housing as “[home] is the solid foundation of personal life and the climate in the family; no well-being or productive work is possible without it,” President Nursultan Nazarbayev once said.

In an interview with Samruk Kazyna Real Estate Fund Marketing and Development Managing Director and board member Timur Kaldybaev, The Astana Times wanted to learn what tools are being used to facilitate apartment purchases for Kazakhstan citizens.

“As part of the Regional Development 2020 programme, there are two ways to purchase housing: rent with the option to purchase or buy it out. This type of housing is more affordable than what the market has to offer and the rent-to-own tool makes it even more accessible for [ordinary people],” said Kaldybaev.

Launched in 2014, the Regional Development 2020 programme is hoping to provide tens of thousands of Kazakhs with affordable housing without the over-the-top mortgage rates. Several national companies have also been involved to initiate similar schemes, like the Baiterek Holding and its subsidiary, Kazakhstan Mortgage Company.

“The differences between rent-to-own and the mortgage is that via a mortgage the housing is acquired on the open market at the market price. On top of that, the banks charge their own interest rates and plus since 2012 they ask for the down payment. The banks’ appraisals underestimate the real housing value, therefore the mortgage becomes unreasonable. The rent-to-own is also a long-term renting option with the right to buy-out but with no down payment and the prices are not based on the market value of property, but purely on the cost of construction. This price is fixed and overseen by a government decree. These factors make the rent-to-own option more affordable and accessible by 30-50 percent,” said Kaldybaev.

The fund is playing out all the aces for its potential consumers to a point where “people have a hard time believing our transparent programmes,” he added. Some apartments are offered but have no demand, as sometimes people do not have the correct information; hence the fund is being as transparent as possible. All bids are placed online and can be easily monitored by the bidders themselves.

“The fund is the creditor. People sign agreements with the right to buy out in 15 years with the monthly fee and a guaranteed payment amounting to three-month’s rent. There is no down payment, but anyone could make a 50-percent down payment if he or she wishes so, thus reducing the amount of monthly payments,” said Kaldybaev

When purchasing property directly in Aktau, Almaty, Astana, Atyrau and their suburbs for housing constructed since 2012, the price of one square metre will amount to no more than 180,000 tenge (US$513). In other regions of the country, the same square metre will cost no more than 144,000 tenge (US$410). When buying a home directly, it is also possible to get a mortgage at second-tier banks.

In both cases, payments are subject to change in subsequent years based on the cost of construction.

One thing people must understand, said Kaldybaev, is this is not free housing under this Program but affordable housing for the underprivileged and applicants must prove their financial status to qualify.

“The Akimats (city administrations) have those lists of people waiting for houses, the underprivileged families and those individuals have priority. In the first place, housing determined for realisation through akimats is allocated by local authorities among the people on the waiting list. If one of them refuses the offers, then remaining apartments are suggested to individuals, who do not have housing on our web site www.fnsk.kz,” he said.

The funny part is “in fact, only 30 percent of applicants actually show up to continue the paperwork,” he added.

The fund participates in launch of other projects in view of EXPO 2017.

“We are financing the [construction of the] ‘Green Quarter’ according to ‘green standards,’” said Kaldybaev. “This project is being carried out by Samruk Kazyna Development together with private construction companies and foreign partners who work according to the design of the projects of energy-efficient and environmental friendly construction (LEED).