By Anuar Abdrakhmanov in Sports on 11 August 2016

RIO DE JANEIRO – Kazakhstan won the country’s first ever Olympic gold medal in swimming as well as a second gold and a silver in weightlifting on day five of the Summer Olympics in Rio.

In a stunning upset that shocked the swimming world, 21-year-old Kazakh Dmitry Balandin beat top-ranked Joshua Prenot of the United States by 0.06 of a second to capture the gold in 2 minutes, 7.46 seconds in the 200 metres breaststroke. Russia’s Anton Chupkov finished a close third. 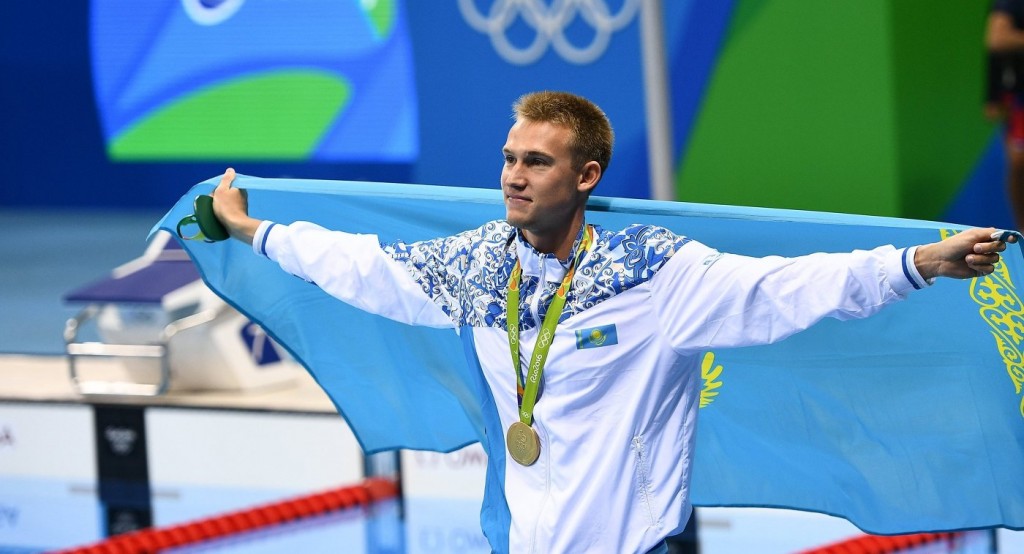 “This is the biggest honour and the biggest thing I could have given to my country,” said Balandin, according to rio2016.com.  I’m very proud of that. Actually, it’s history, because it’s the first medal in swimming for Kazakhstan and I’m very happy that I’m the one that got it.”

Many swimming pundits considered Balandin’s appearance among the eight swimmers in the final a success in itself and didn’t expect much from the Almaty resident. But swimming in the outside eighth lane, Balandin stayed with the best in the world throughout the event and ultimately prevailed.

“I want to thank everyone in Kazakhstan who has supported me and believed till the end in our team. It is indeed very difficult. Maybe on TV you do not feel it, but when you are going to the start, especially in such an unusual time, you just give all the strength to please the whole country,” said Balandin. 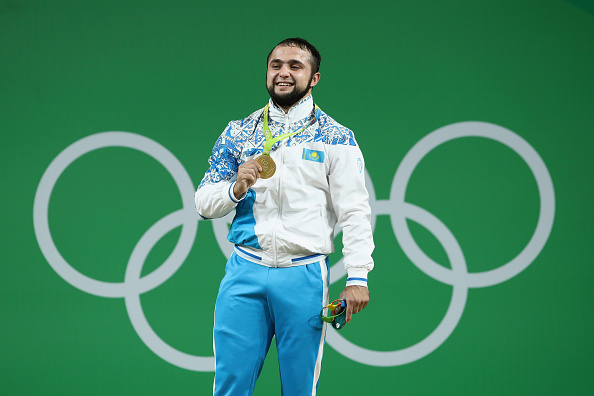 Earlier in the day, Kazakhstan’s first gold of the Rio games was won by weightlifter Nijat Rahimov in the weight category up to 77 kg. The 2015 world champion captured the top prize by setting a world record in the clean and jerk by lifting 214 kg. The win was cheered by Rahimov’s many fans and the country’s famed coach Alexei Ni. The two performed a rather funny looking dance together the video of which immediately went viral.

“It was my dream. It was a difficult path. The time when people were asleep, we trained. When the snow was knee-deep, we left for the trainings. Thanks to everyone who supported me. This is, firstly, the will of God, and then (for) the huge number of people who believed in me and supported me,” Rahimov said. 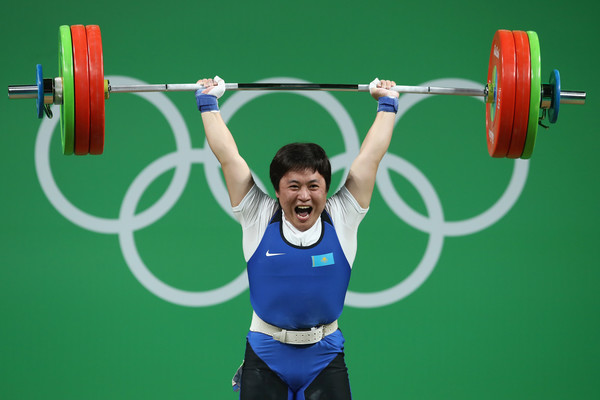 Day five also saw 22-year-old Kazakh weightlifter Zhazira Zhapparkul win silver, lifting a combined weight of 259 kg in two exercises. First in snatch, she lifted 115 kg and was in second behind Chinese rival Xiang Yanmei with only one kilogram separating them. In the clean and jerk, the Kazakh began at 140 kilograms, but failed on her first attempt. She got it on her second try. Xiang successfully lifted 142 kilograms on her first try. In the final attempt, the Kazakh lifted 144 kg and her rival 145 kg. As a result, Xiang grabbed the gold medal with Zhazira claiming her hard-fought silver and Egyptian Sara Ahmed winning the bronze.

“I won this medal thanks to our country and our people who supported me. My great gratitude goes to my parents, too. I am glad that I could bring Kazakhstan an Olympic medal. It is a great victory for me indeed,” said Zhapparkul after the competition.