ASTANA – Turkey will present the country’s best developments in the field of alternative energy sources at EXPO 2017 in Astana, announced the official web site of the national company Astana EXPO 2017 Aug. 5. Chairman of the Board Akhmetzhan Yessimov and Commissioner of the Turkish section of the exhibition and Deputy Minister of Economy of Turkey Tarik Sonmez signed a relevant agreement in Ankara on that day. 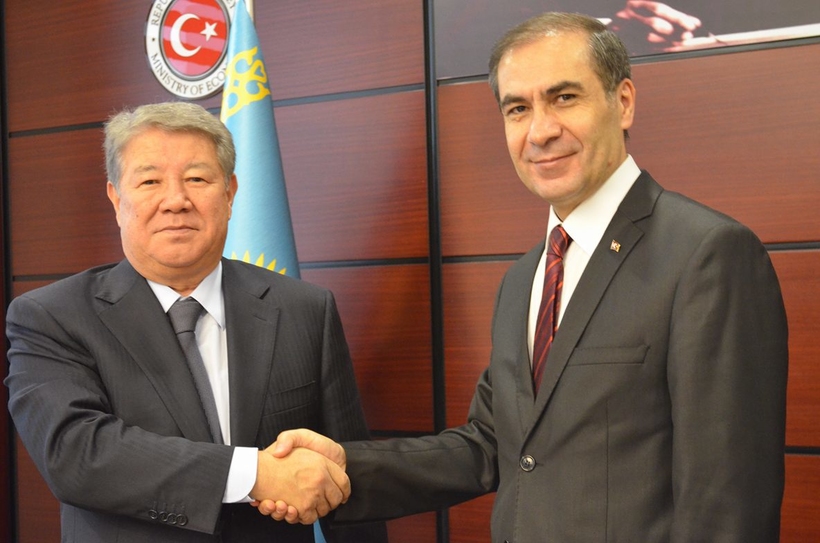 During the meeting, Yessimov stressed that Turkey had supported the candidacy of Kazakhstan to hold the international exhibition, as well as noted that the brotherly country is among the most important countries participating in EXPO 2017.

“The pavilion of Turkey will be one of the biggest pavilions of EXPO 2017. I am sure that Turkey will demonstrate its best innovations in the sphere of renewable energy sources at the exhibition,” Yessimov said.

Antalya is holding EXPO 2016 in which Kazakhstan takes an active part. Yessimov noted that Turkey’s experience is valuable for Kazakhstan.

In turn, Sonmez assured that Turkey will demonstrate its best achievements in the field of renewable energy sources.

Currently, 96 countries have officially confirmed their participation in EXPO 2017. Of those, 62 have signed a participation agreement.