By Anuar Abdrakhmanov in Sports on 9 August 2016

RIO DE JANEIRO – On Aug. 5, a delegation of athletes and officials of Kazakhstan took part in the opening ceremony of the Summer Olympic Games at the legendary stadium Maracana, once the world’s largest, in Rio de Janeiro. The nation’s flag was carried by taekwondo fighter Ruslan Zhaparov. 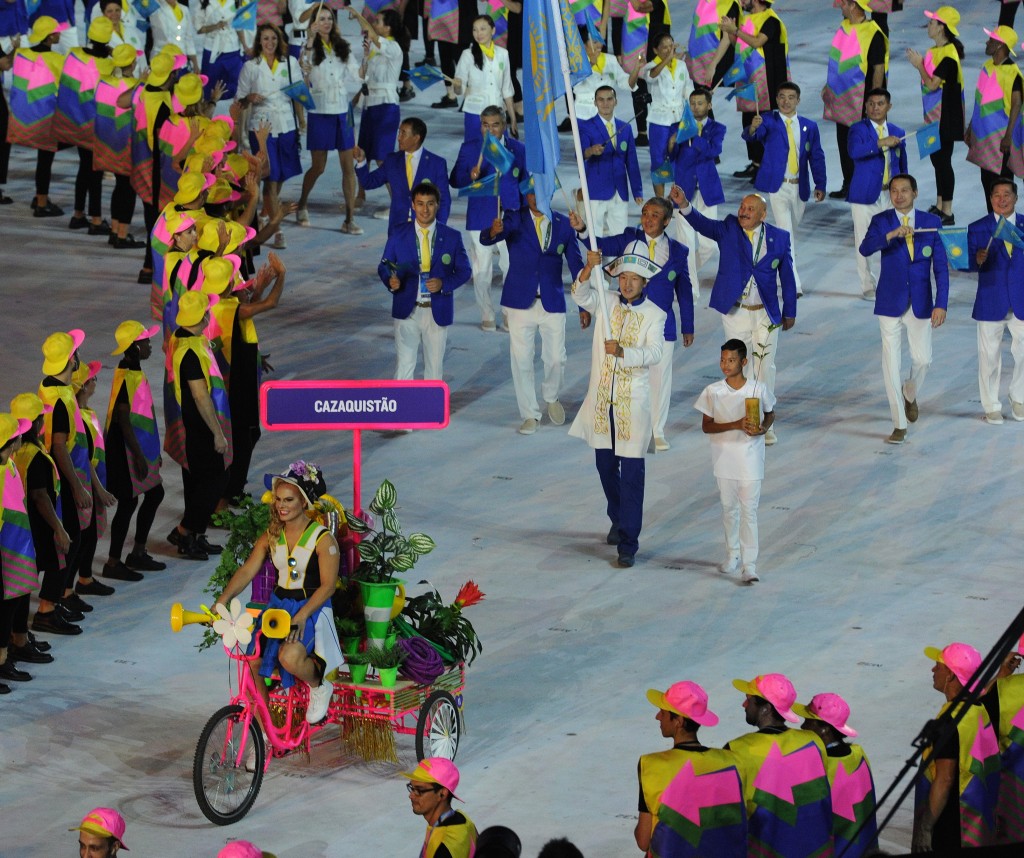 A day before, Kazakhstan’s flag was raised in the Olympic Village in a colourful ceremony, along with flags of Spain, Turkey, the Seychelles Islands and Chad.

Mario Cilento, head of the Rio Olympics Organising Committee’s international relations, attended the ceremony and wished the athletes the best successes in fair competition. After the anthem of the Olympic Games was played, it was Kazakhstan’s flag that was first hoisted on the flagpole.

“All the 104 athletes who have won licenses for the games are already heroes to us. They have earned the love of their country. I will not make predictions on how many medals we may win but we will be looking forward [to them]. Have you noticed that among the five countries whose flags were raised today, Kazakhstan’s was the first? I hope this is a good sign for the future,” said Saken Musaibekov, the country’s Vice-Minister for Culture and Sports.

According to Chairman of the Sports and Physical Education Committee of Kazakhstan’s Ministry of Culture and Sports Elsiyar Kanagatov, athletes are provided with all the necessary conditions for living and training in the Olympic Village.

“The Olympic Village has already begun its work, and our staff has already engaged into the organising work. After arriving here our athletes almost immediately can continue their trainings and preparations for competitions,” he said.

The Summer Olympic Games in 2016 are being held in Rio de Janeiro, Brazil Aug. 5 to 21. Events involving Kazakh athletes are transmitted live on public TV channels Kazakhstan, Khabar and Kazsport.