Skydiving, A Step into the Sky

By Kamila Zhumabayeva in Tourism on 18 August 2016

ASTANA – Treating oneself to an unforgettable, incredible feeling and range of emotions from skydiving is great fun, especially if it is a long-time wish or a childhood dream.

“It is indeed a really cool and unusual way into the sky and to have an opportunity to have some alone time with it,” Perizat Karimova, who works as a human resources administration specialist at Agip Karachaganak BV, said in an interview with The Astana Times. 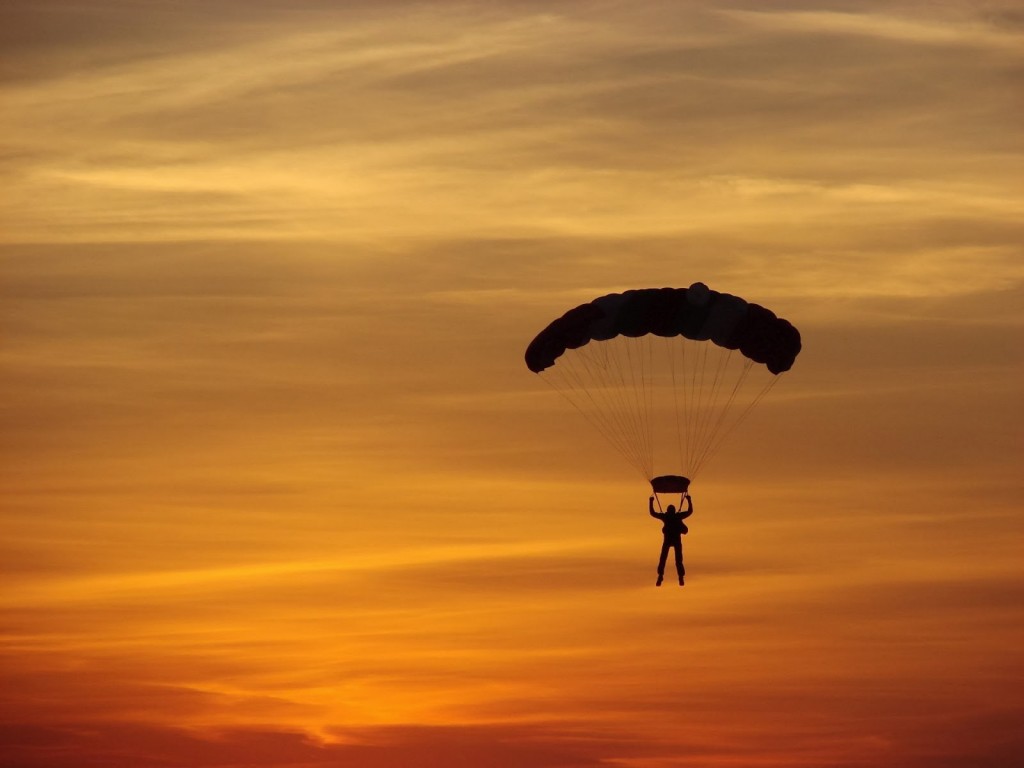 Deciding to parachute jump was not exactly spontaneous, as it was her dream when she was a kid.

“I was wishing it for a long time… I did not plan a vacation leave or a holiday this summer, so I decided to add some colour to my life by realising my intent to jump… I just called a number, signed up for a jump and did not think about it until the day of it,” she said.

Karimova did a 3,000-metre tandem jump with an instructor, where a person experiences free flying for 30 seconds until the parachute deploys. She remembered feelings of worry, inner doubt and nervous trembling when she was on the plane.

“It can be seen on a video how I sat with a very serious look on my face, even a little detached,” she recalled with a smile. “When the instructor told me, ‘Well, it’s our turn,’ I did not have time to understand how I was standing by an open door of a plane. I did not have time to become afraid, as we already jumped.”

A flying feeling during the first seconds was her most unforgettable sensation. She did not even scream, but just tried to breathe intensively because she was short on air at that height. At the same time, Karimova admitted she was not fearful that the parachute may not deploy.

“After all, that one percent of chance when all can go wrong and not as planned is always there,” she noted.

One’s feelings change to sensing freedom, quiet, peace and some kind of universal calmness and harmony after a parachute opens.

“Trees, people, cars seem such small dots when you watch the earth from above,” added Karimova, giving thanks to the experienced trainer named Igor for her smooth landing. “At some point, after the jump when emotions subsided I had a thought, ‘Wow, I did it. I made one more dream come true. I did not do it for someone, but for myself. I stepped over my fears.”

Delight and an adrenaline rush remained with her for several days. She intends to jump once again, “because the sky lures for a long time to come,” but plans to do it alone, as “this is much more frightening, so people say.”

Karimova said she now understands skydivers for whom this type of sport is a pleasurable activity. Becoming a skydiver without sufficient money is not easy, requiring constant training and self-development.

One can do an individual 800-metre jump for 15,000 tenge (US$43.70), jump with instructor from more than 2,500 metres (45,000 tenge or US$131) and experience free fall with the capital’s Skydive Astana at Severniy Airfield located on Astana–Kokshetau Highway.

An individual jump is with instruction and ground training, while a tandem jump requires several minutes of preparation and preliminary entry and includes a video of the jump with a GoPro Hero 3 camera.

Jumpers should be sure to wear long-sleeved shirts and thick-soled footwear and carry identification documents with them.