Russia’s Kunstkamera to Return Skull of Keiki Batyr to Kazakhstan

By Kamila Zhumabayeva in Nation on 23 August 2016

ASTANA – Peter the Great Museum of Anthropology and Ethnography (Kunstkamera) is expected to return the skull of Keiki Batyr, the leader of the rebel army and national liberation movement of the past century, to Kazakhstan. 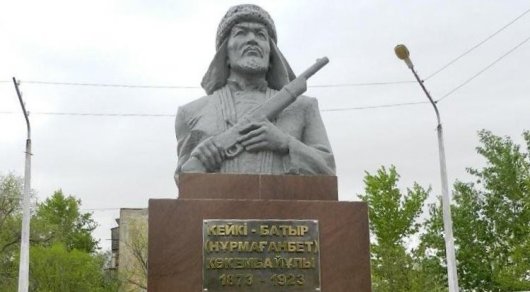 “Indeed, we have the skull of Keiki Batyr. We never kept it a secret; everybody is well aware of it. This scull is being stored with funds and was never exhibited before. If a decree (from Russia’s president) is issued, there will not be any reason for not returning it,” said museum deputy director Yefim Rezvan, reported Tengrinews.kz.

The exhibit can be passed to Kazakhstan under federal law, he added. Kunstkamera does not have the skull of Kenessary Kassymov, another Kazakh national hero, as its location is still unknown.

“All funds were shown to the deputy minister of the Kazakh Ministry of Culture. Colleagues from Kazakhstan also personally looked at the documents, where new arrivals to the museum are recorded. They were convinced that we never had the skull of Kenessary,” said Rezvan, according to the news agency.

Kazakh Prime Minister Karim Massimov raised the issue earlier of returning the remains of Kenessary Khan and Keiki Batyr to Kazakhstan for burial. Russian Prime Minister Dmitry Medvedev promised to deal with the issue and provide the necessary instructions to resolve it, said the report.

Keiki Batyr was murdered in April 1923 and his skull later transferred to Russia.

Kassymov was a Kazakh sultan, khan of the middle zhuz (Argyn horde, one of the main territorial and tribal divisions in the Kypchak Plain) and leader of the national liberation movement on Kazakh territory. He sought to restore the khan authority liquidated by the tsarist Russian government.

Kenessary Kassymov was killed in 1847 in the territory of modern Kyrgyzstan. His head was taken to Russia as a trophy and was later lost. According to some data, the skull is located in the Kunstkamera archive but has never been exhibited, according to Tengrinews.

Institute of State History Director Burkitbai Ayagan believes a genetic examination needs to be conducted for identification of Kenessary’s and Keiki Batyr’s skulls with help of specialists at Nazarbayev University or other research institutions in the country, reported Kazinform.