By Kamila Zhumabayeva in Sports on 26 August 2016 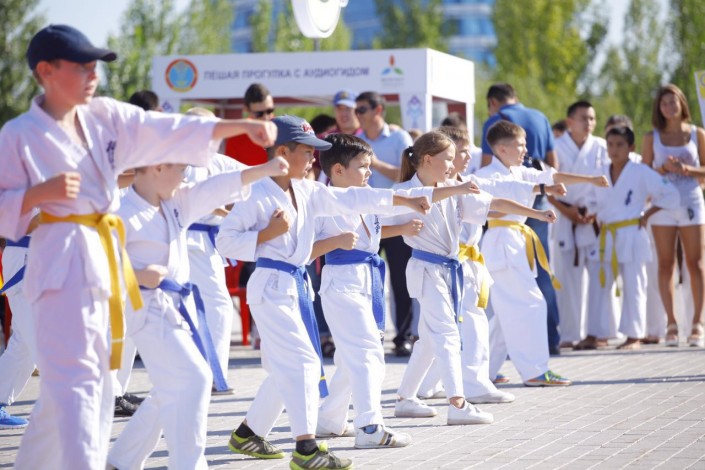 “Raising a strong and healthy young generation is one of the basic tasks of Astana’s social policy. That is why all conditions are being created in the capital to develop mass sports. New sports facilities and complexes that meet modern demands are being built and competitions are being held. Happy holiday to you! I wish you health and prosperity! Let the accomplishments and victories of Kazakhstan athletes multiply!” said Akim (Mayor) Asset Issekeshev in congratulating the athletes and coaches on the holiday. 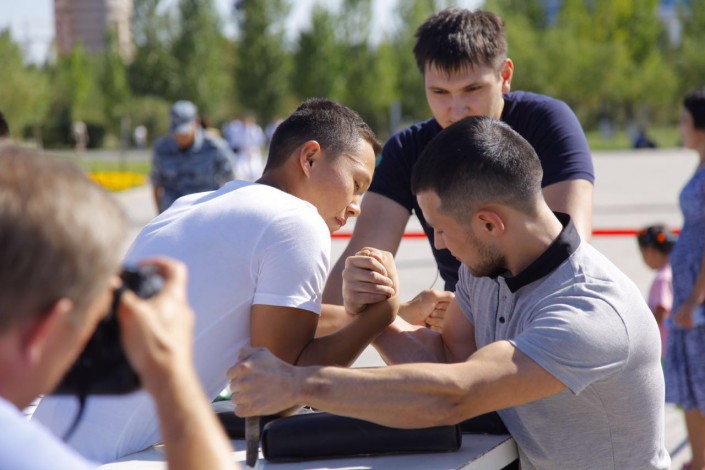 “The CrossFit competition was held in Almaty’s Medeo last year. We decided to conduct it here in Astana starting this year. First and foremost, these competitions aim to promote a healthy lifestyle. They also help to form a healthy and sports-oriented staff at companies,” said CrossFit Astana head Erik Karabayev, according to Tengrinews.kz.

A number of entertaining performances and contests were organised for viewers and fans. Contest winners received prizes and commemorative gifts.