By Malika Orazgaliyeva in International on 18 August 2016

Kazakh President Nursultan Nazarbayev met with Russian President Vladimir Putin Aug. 16 in Sochi, Russia. The sides talked about a wide range of bilateral cooperation issues and exchanged views on the most pressing issues of the regional and international agenda, reported the Akorda press service. 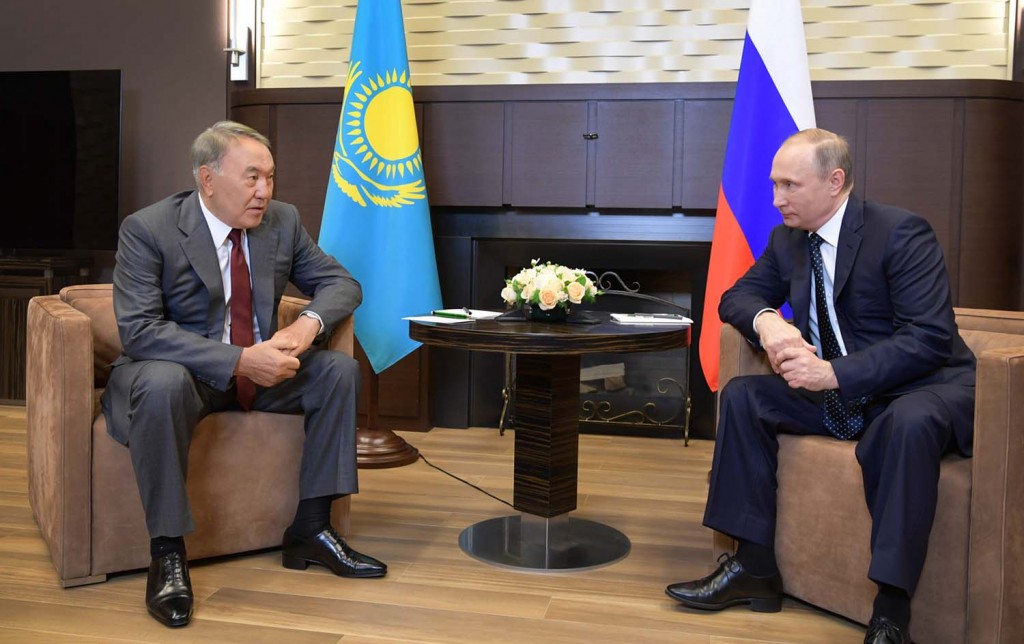 Nazarbayev and Putin discussed preparations for the meetings planned within the framework of the upcoming G20 summit in China, as well as the Commonwealth of Independent States (CIS) Council of Heads of State and Kazakh-Russian interregional cooperation forum.

Nazarbayev thanked his colleague for the invitation to Sochi and noted Putin’s efforts on developing Russian regions. He expressed satisfaction with the progress in bilateral cooperation and stressed Kazakhstan’s desire to further the advancement.

“I think our relations are exemplary both in political and economic terms. Over the years 6,000 joint Kazakh-Russian enterprises were created which have become a real embodiment of our integration. I have high hopes for the upcoming Kazakh-Russian interregional cooperation forum. I know this will be a significant meeting. There are a lot of projects being prepared.”

“Our governments must cooperate and help each other in difficult times. The Kazakh-Russian relations based on the Treaty of Friendship, Cooperation and Mutual Assistance and the Treaty on Good-Neighbourliness and Alliance in the 21st century remain stable. I am glad that relationships between Russia and Turkey are warming,” said Nazarbayev.

In turn, Putin thanked Nazarbayev for the successful efforts in re-establishing Russian-Turkish relations.

“We are sincerely committed to the restoration of wide-ranging relations with a friendly Turkey, with which we had a unique relationship of cooperation and interaction over the previous years. The recent visit of Turkish President Recep Tayyip Erdogan to Russia confirmed our mutual intention to work on recovery, as well as development of our bilateral ties. Thank you very much for this,” he said.

Putin also drew attention to the successful development in all areas of the strategic partnership between Kazakhstan and Russia.

“Of course we face difficulties, especially in the field of economy. In conditions of world instability, we observed the decline in commodity markets and currency fluctuations. However, in the physical volume it is not so significant – 7 percent. I am confident that we can certainly overcome it with the help of created cooperation mechanisms, which work effectively,” he added.