ASTANA – The Central Asia – China gas pipeline was used to transport 15.1 million tonnes of natural gas in the first seven months of 2016. 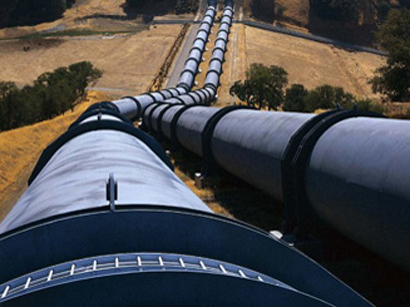 The Khorgos Immigrant and Quarantine Office in the Xinjiang Uyghur Autonomous Region reports that this volume is 23.3 percent more than in comparing period of time in 2015.

The Central Asia – China gas pipeline begins at the border of Turkmenistan and Uzbekistan and connects Uzbekistan and Kazakhstan and crosses the Chinese border at the Khorgos checkpoint. It is 1,830 kilometres. As of today, A, B, and C lines of the pipeline have been put into operation.

In total, about 108.8 million tonnes of natural gas has been transported to China during the working period of the pipeline since December 2009.

As the Xinhua Agency reports, total throughput capacity of the pipeline will eventually reach 55 billion cubic metres per year.