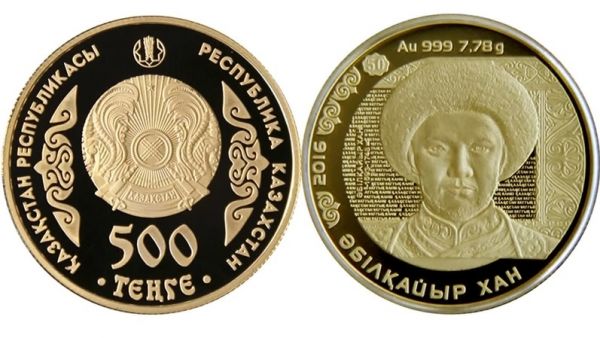 All coins have identical front and back sides, while the gold and silver ones show a portrait of khan

The front side of the coins represents the national coat of arms, the number 500 for gold and silver coins and 100 for nickel silver coins, as well as the word tenge.  National ornaments are presented on the right and left sides and Kazakhstan Republic is written in Kazakh and Russian circumferentially. The bank’s logo is situated on the top of the coin. 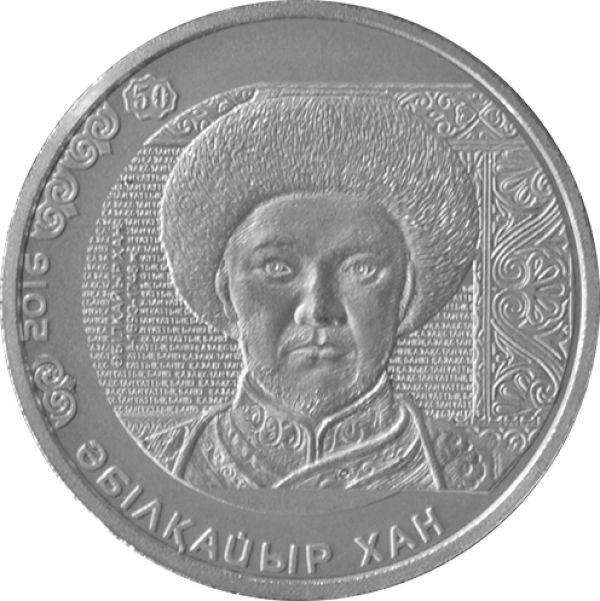 The reverse side of the coins partly represents Abulkhair Khan’s portrait designed for a 50-tenge banknote issued in 1993 and currently removed from operation. The name of the ruler, the year of the coin 2016 and some graphic designs are written circumferentially. The upper part of the golden coins showcase the Au 999 lettering and Ag 925 on the silver coins. This indicates the material the coins are made from and their proof.

All images and lettering on both sides of the coins are textured.

The commemorative coins of 500 and 100 tenge can be used as normal currency throughout the country.