ASTANA – The capital hosted an international CrossFit competition, “Astana Throwdown,” Aug. 13 and 14. Participants from Kazakhstan and Russia competed for 2.5 million tenge (US$7,270) in prize money and the title of “Most Physically Trained Athlete.” 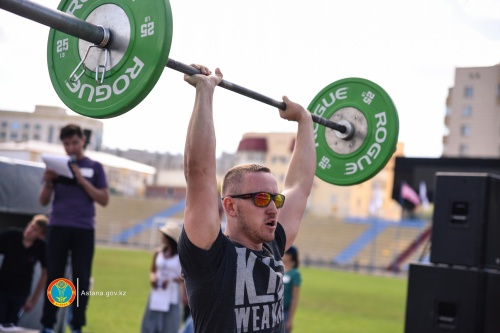 The event was opened by head of the Astana Office of Physical Culture and Sport Berik Marzhikpaev. He called CrossFit one of the most exciting, fastest growing sports in the state and thanked the athletes for their participation and wished them victory.

Director of CrossFit Astana Erik Karabayev is a great fan and supporter of sport, saying “CrossFit is a kind of sport that aims at the comprehensive physical development of a man. And CrossFit’s prescription is that a true CrossFit athlete is ready for all physical activities. We are checking this over these two days.”

The competition, held this year for the second time, took place at Astana Central stadium  and was attended by approximately 60 professional athletes from Kazakhstan and Russia. This year’s event was dedicated to the 25th anniversary of Kazakhstan’s Independence and the country’s Sports Day.

The event was organised by the CrossFit Astana network of CrossFit centres and supported by the city administration and the Bolashak scholarship association.

CrossFit combines a variety of exercises taken from weightlifting, gymnastics and plyometrics. Competitors completed seven different sets in two stages. The athletes tested themselves in complicated gymnastics, weightlifting, cardio and other exercises from 9 a.m. to 6 p.m. over two days. 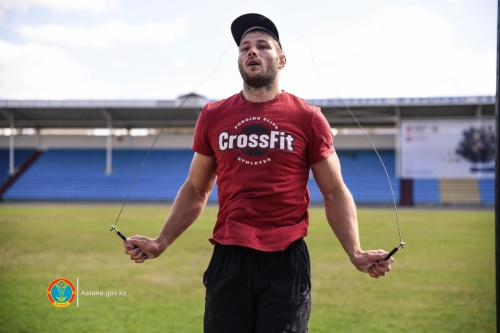 Aug. 13 was the preliminary round, which gave CrossFit enthusiasts a chance to prove themselves and be approved for participation in the championship. Only 16 CrossFit athletes, the strongest among the men and women competing on the first day, were able to continue to the final round on Aug. 14.

All prize-winning places in men’s category were won by athletes from Russia. Yakov Filimonov from Kemerovo took first place, Alexander Salmanov from Chelyabinsk got second place and Roman Grishchenko from Novossibirsk took third.

Filimonov was also awarded the “Most Physically Trained Athlete” title. 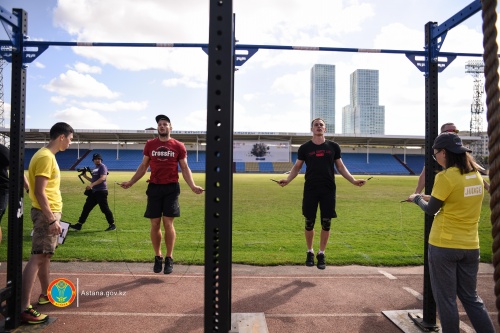 “I’m extremely happy to win this contest and proud of myself. CrossFit is not just a sport for me, it’s my lifestyle. Here in Kazakhstan, all conditions for the development of sport and especially CrossFit exist. I was glad to know that local officials [and] the city administration support such events. I am sure that we will come here again to participate in CrossFit Championships. I fell in love with your city and I will be waiting for new meetings with you,” the athlete said

Uakpayeva, who was ranked third in the women’s category, called on everybody to play sport and live a healthy lifestyle.

“I have been a fan of CrossFit for the past three years. I haven’t gone in for sport before. I would like to note that sport doesn’t improve only health, but also beauty. CrossFit brings great results to those who work hard; you achieve such results as good health, healthy skin and a supple body. All of us wish to be good-looking and CrossFit brings us closer to the dream,” she said.