By Zhanna Shayakhmetova in Culture on 13 August 2016

ASTANA – Famous French, Russian and Swiss musicians presented “The Tone of Bach,” a vivid and exciting concert highlighting the work of one of the most brilliant composers in musical history, Johann Sebastian Bach. The performance was given Aug. 12 at the Astana Opera Chamber Hall. 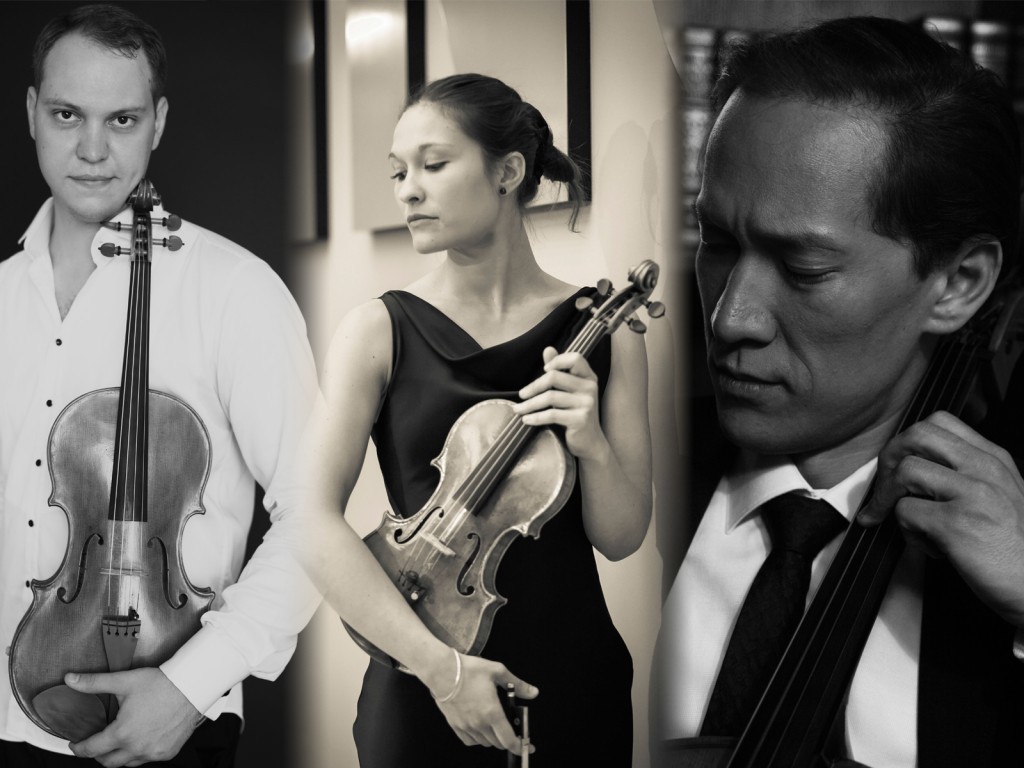 “I was lucky to perform this music many times with Sitkovetsky. We played this trio on almost all the continents of the world, from Europe to South Africa and even in Tahiti. A month ago, I first worked with Goldberg Variations as a conductor, as there is a second version for string orchestra. I worked as Sitkovetsky’s assistant when we had a concert tour in Germany,” said Saparayev.

The cellist is the concertmaster and visiting conductor of the Southwest German Philharmonic Orchestra and a member of the legendary cello sextet Cologne Philharmonic. Saparayev noted he was glad to give a concert in collaboration with Romanenko as he had heard a lot about him.

Romanenko is known to the Kazakh public not only for his virtuoso performance, but also because his career began in the capital, where he was born. He graduated from the Tchaikovsky Moscow State Conservatory in the class of USSR People’s Artist Yuri Bashmet. He is now the viola concertmaster at the Moscow State Academic Symphony Orchestra under Pavel Kogan.

Music critics repeatedly indicated the power and beauty of the viola do not occur from the physical strength of the hands or possession of a variety of techniques, but because of the rich creative nature.

“We wanted to bring the audience the amazing beauty of this bright music that uplifts and heals the soul. When I first became acquainted with the Goldberg Variations, I was literally shocked. Its sound makes you forget everything and enjoy every tone,” said Romanenko.

The performance was Kisakanin’s debut on the stage of the Astana Opera House. Saparayev and Romanenko had previously performed there.

Born and raised in France, Kisakanin studied in Lyon, London and Basel. She currently lives in Zurich and performs with various chamber groups and prestigious orchestras including the Zurich Chamber Orchestra and Lucerne Symphony Orchestra. Last year, the ensemble organised Trio Le Délice, which successfully toured throughout Europe.