French School in Astana: Something We Are Proud of

Over 480 primary and secondary schools located in 130 countries provide French education to 310,000 students, 115,000 of whom are French, in line with the standards of the French Ministry of Education. These officially-approved establishments impart universal values such as tolerance, openness, humanism, equal opportunities and critical awareness. They also prepare students for the French state examinations of the brevet and baccalauréat. 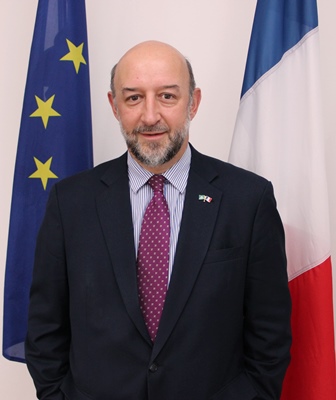 This network’s teaching structure allows students of all levels to move from one approved establishment to another, or to a public or private school contracted to the French state, without having to sit for an entrance exam. Given that they belong to a vibrant international network and are open to cultural and linguistic diversity, French primary and secondary schools provide particularly rewarding education.

French educational establishments have a variety of management methods and most operate under local laws. Each year the network’s student numbers increase, both due to the schools’ recognised high standards and the growth in the numbers of French families living abroad. French educational establishments abroad are open to both children with French nationality living outside of France (about 40 percent of the total enrolment) and foreign children (60 percent). These establishments play a key role in promoting mobility and expatriation and are an effective means of welcoming and teaching young people from all backgrounds in an international French-speaking environment.

This approval is not granted on a permanent basis, so the relevant establishments must regularly undergo a verification procedure to ensure that they are fully complying with criteria.

Since September 2014, Kazakhstan has been part of this global endeavour thanks to an original partnership between the Nazarbayev Foundation for Education, the Miras International School of Astana, the Mission laïque française and the Agency for French Education Abroad. Since then, the French section seated in the walls of Astana Miras International School has been granted official approval. Today, five French teachers appointed by the French Ministry of Education and employed by the foundation benefit from this programme and give the opportunity to more than 40 children, aged three-18, to follow a French curriculum in Astana. This original project is open to expats but also, and this will be more and more the case in the future, to Kazakhstan families. As for today, the vision is to grow up to 100 children in 2017 with a strong willingness to expand the maternelle, the French preschool educational approach which is one of the most successful in the world and gives a unique opportunity to learn foreign languages at a very young age.

On the eve of EXPO 2017, the development of the French schooling system in Astana can only contribute to the international opening of the great steppes to the world. This achievement is something that Kazakhstan can be proud of.

The French educational network abroad at a glance

Over 480 establishments in 130 countries

Over 6,500 permanent staff from the French national education system, expatriates or residents