By Malika Orazgaliyeva in International on 13 August 2016 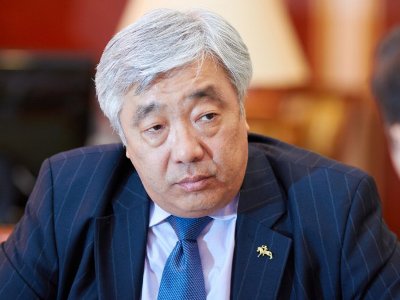 “The meeting in St. Petersburg [between President Vladimir Putin and President Recep Tayyip Erdogan] is a development in a very good direction; we welcome this scenario. For our country, Russia and Turkey are important and close strategic partners. We are encouraged in many ways by the improvement of relations between our two close friends,” Idrissov said.

The warming of relations between the two countries has been observed since President Erdogan sent a letter to President Putin, noted Idrissov. Earlier, it was reported that Kazakh diplomats helped Turkey prepare a letter to Russia. Furthermore, a key role in reconciliation was played by President of Kazakhstan Nursultan Nazarbayev, it was revealed by Turkish sources.

“In some ways, Nazarbayev used the fact that Kazakhstan has good relations with both Russia and Turkey in order to contribute to the improvement of the situation between Russia and Turkey [which] worsened after the incident with the aircraft,” Idrissov said.

On Aug. 9, Erdogan met with Putin in St. Petersburg for the first time since Turkey shot down a Russian military jet over Syria Nov. 24, 2015.