First Dock of Kazakh Navy to Start Operations in October

ASTANA – The first dock for the Kazakh Navy will be put in operation in October. Meanwhile, naval ships are stationed at a dock rented in Bautino village (Mangystau region), which is 140 kilometres from Kazakh naval base. 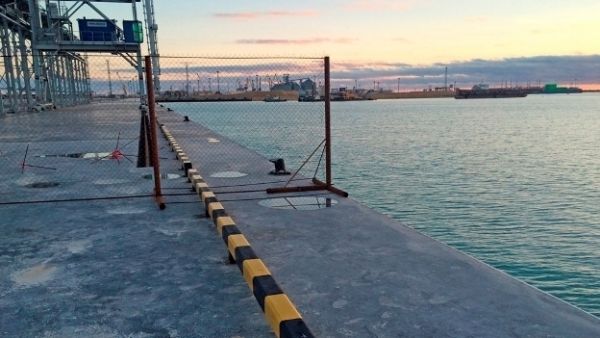 “The first stationing site for Kazakh naval ships located in the Aktau seaport will give the opportunity to react to any threats in the Kazakh part of the Caspian Sea in an efficient and timely manner. As well as the ships will be quickly located in any part of the Caspian Sea,  supplies and logistic assistance will be timely provided, making it possible to extend the service life of equipment and arms. Petroleum, oil and lubricants will be consumed less as well,” said Naval Forces Commander of Kazakhstan, Vice-Admiral Zhandarbek Zhanzakov.

Construction of the first Caspian military dock in the territory of the Aktau international seaport started in February and will be completed soon, according to the press service of Ministry of Defence.