In early June, the Kazakh airline company Air Control announced the winner of the competition for the best use of the decommissioned aircraft was the Children’s Scientific and Educational Centre Evrikum in Almaty. 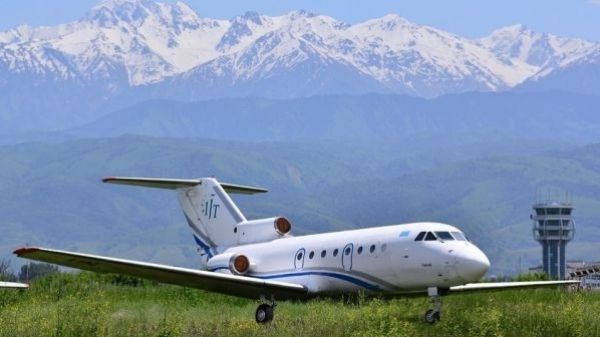 “To tell the truth, it was not easy to make a choice. However, the main factors for us were the social approach of the project, interesting and unusual idea, and most importantly, the financial capacity of the applicant of carrying out a worthy project. We were aware that the implementation of such a project will require considerable financial investments from the very beginning. As a result, we pay attention to the seriousness of the main contenders for the aircraft, their original ideas and resources for its implementation. We made the choice. The winner and a new owner of the Yak-40 aircraft is Evrikum, the children’s scientific and educational centre. We congratulate this wonderful and unique park in Almaty. We found the perfect place for our other winged aircraft, which is conveniently located in the vast territory of the Grand Park centre,” the company’s press office reported.

During the competition announced in early June, the applications were submitted from Russia, Belarus, Ukraine, Uzbekistan, Tajikistan, Spain, Australia and El Salvador.

“The whole team of our company voted unanimously for the aircraft to stay in our home city of Almaty. We will be glad if this legendary board starts a new life, bringing benefit and joy to all the residents and guests of the southern capital. The interest and excitement showed how relevant the topic is of ‘planes in good hands.’ We strongly believe and hope that our initiative will be interesting for many airlines around the world as the number of old planes in the park is striking and depressing. We sincerely urge our colleagues to do the same,” continued the statement.