ASTANA – The African band Kilimanjaro is becoming popular in Kazakhstan for its originality, dedication and, as one of its members said, “consistency, stability, hard work and the good leadership!” 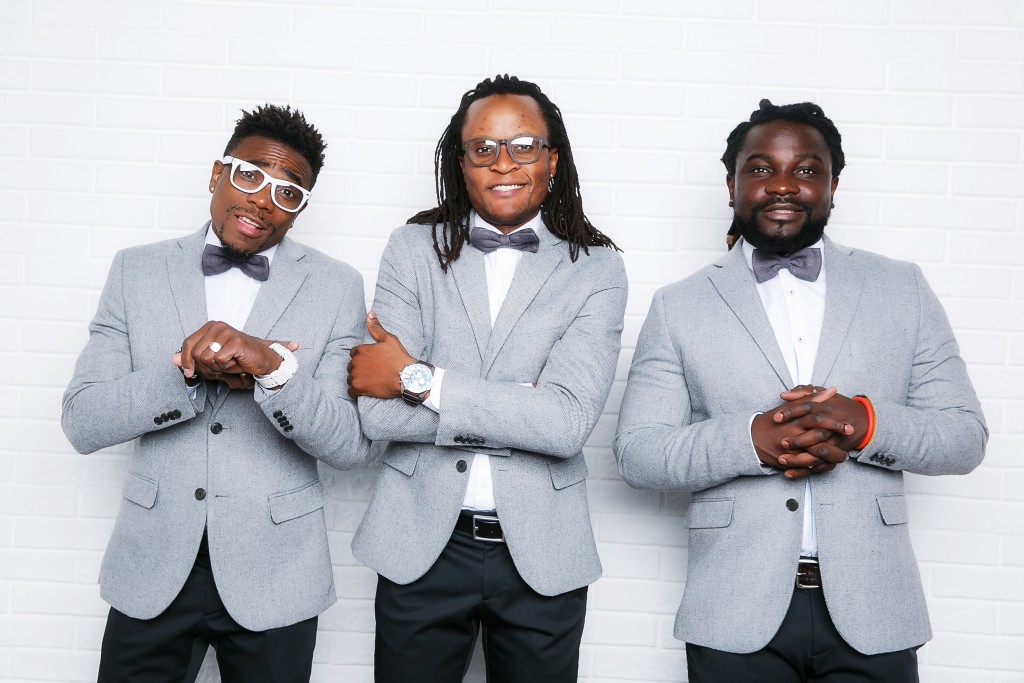 The idea for a group began for Serge Matondo, 30, from Democratic Republic of Congo, while studying at People’s Friendship University of Russia. He liked to sing in his spare time, he told The Astana Times.

“Singing has always been a part of me and it all started as a hobby at the university. I moved to Russia when I was about 20 years old and it has been almost 11 years altogether, including my stay in Russia and Kazakhstan,” he said.

The band was originally formed in Russia. Fabrice Munganga, 31, half South African, half Congolese, and Djei Imarah Churchill, 27, who played football in Kazakhstan in 2006-2007, joined Matondo.

“Before Russia, I lived in Capetown doing reggae music,” said Munganga. “When the band started, I was still in Africa and then they called me to join the group. I said ok and then I moved to Russia.”

Imarah Churchill was teaching arts in India when he learned about the proposal.

“I lived in India and that’s when my manager called and offered to work in Kazakhstan. So I came back to Kazakhstan and met Serge. He showed me how it was done and I followed.”

“We called ourselves Kilimanjaro as it is the highest peak on the African continent,” said Matondo. “Our band has a virtue: because we were raised back in Africa to be perfectionists, anything we set out minds to we try to perfect – we either do it well or do not even start doing it. We were thinking about how to name our band and we decided to call ourselves Kilimanjaro – to be always at the height of our performance,” he said.

In Kazakhstan, Kilimanjaro not only had to familiarize itself with dining customs, but also had to learn to please its audience by what the band does best – singing. The repertoire includes retro hits by Boney M, songs like “Daddy Cool,” “Rasputin,” “Doctor Alban” and “Haddaway,” songs by famous Russian singers and even Kazakh songs. 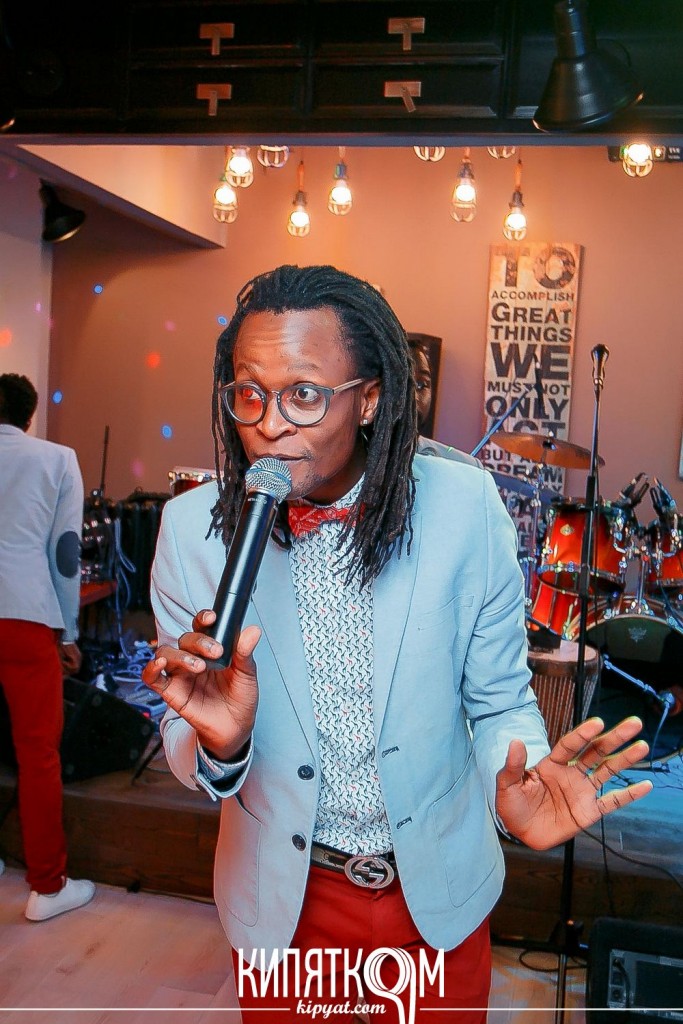 “We can sing any popular song in Kazakh,” said Matondo. “This is how we are learning Kazakh. I thought it would be hard to learn, especially when you hear it for the first time and I thought it was really hard.”

He also shared some of the difficulties of the trade and helpful aspects of the business.

“We are an official company that pays taxes and provides jobs in Kazakhstan; otherwise, working with the city Akimat (administration) or some national companies would have been impossible. But it so happens in our line of work we have to deal with copyright issues when the authors of some songs called us and questioned us about our copyrights. These songs are a part of us when we take them. We pick them first and we fall in love with them, so when we sing them people feel these songs (pointing to his heart). Some people in Kazakhstan are very kind; they have no problems when we call and ask to sing their songs. But not all.”

Although the band keeps getting booking requests from Russia where they originated, the members admitted they have warm feelings about specifically working in Kazakhstan.

“When I first arrived in Kazakhstan, I personally liked the atmosphere,” noted Matondo. “The more time I spend in Kazakhstan and it might sound strange (smiling), but the more I feel at home. There are so many similarities between our countries and this depends on the people, I guess. We didn’t plan on staying permanently in Kazakhstan. But this ‘people’s vibe’ was really what made us stay and set up our headquarters in Kazakhstan despite travelling around Russia for over five years.”

What “really caught my eye in Kazakhstan,” he added, is the respect for older people. That level of admiration is equally important in Africa.

“What struck me here in Kazakhstan is, for instance, if a young man is in a situation where he has to drink with older people. He would pour his alcoholic drink in a cup of tea, because he is not supposed to be drinking it among older people. We can tell from being at so many ceremonies and events that younger people watch themselves among the elders and older people. If they want to continue to have fun into the night, they do it separately from the elders,” he said.

Munganga added he realised the similarities among the Kazakh, Congolese and South African cultures.

“Small things like the way the food is distributed across the table, the way they share respect – it’s the same as in my homeland. Although our countries are thousands of kilometres from one another, we have these similarities because we all from one mother Earth – one soul. We all come from the same mother,” he said. 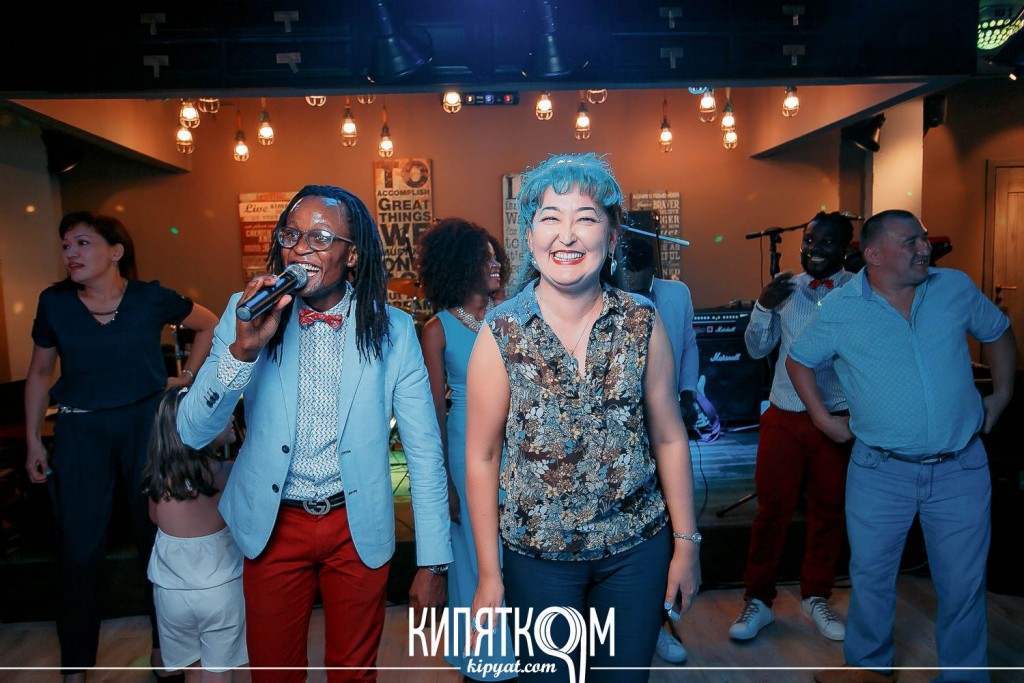 “The upbringing and hospitality is beyond human comprehension,” noted Imarah Churchill. “It gives me the privilege to see how they value humans, no matter the colour of the skin, no matter where you come from. And I noticed people in Kazakhstan are inquisitive. They always ask where I am from, what I do – not everybody wants to ask these questions. Most people don’t have that mindset. In terms of customs and traditions, they have taken the utmost and highest [value] and I love the homely part of it. And especially when they come together and unite to eat at the table.”

“If we didn’t feel the interconnection with the people I think our stay here wouldn’t have lasted for so long,” said the trio. “What we feel inside us goes out to our crowds. Once we had a little misunderstanding before going onto the stage and people could feel it. Their reaction was different. So our business is very specific and we don’t have masks; people see everything, they can’t be fooled.”

The band is soon planning to release its own songs in Kazakh and is eager to continue its adventure in cultural explorations.