By Anuar Abdrakhmanov in Sports on 26 July 2016

ASTANA – Sixteen-year-old Zhansaya Abdumalik of Kazakhstan won the women’s tournament at the MetLife Warsaw Najdorf Chess Festival in the capital city of Poland and placed fifth among under-18 players of both genders. 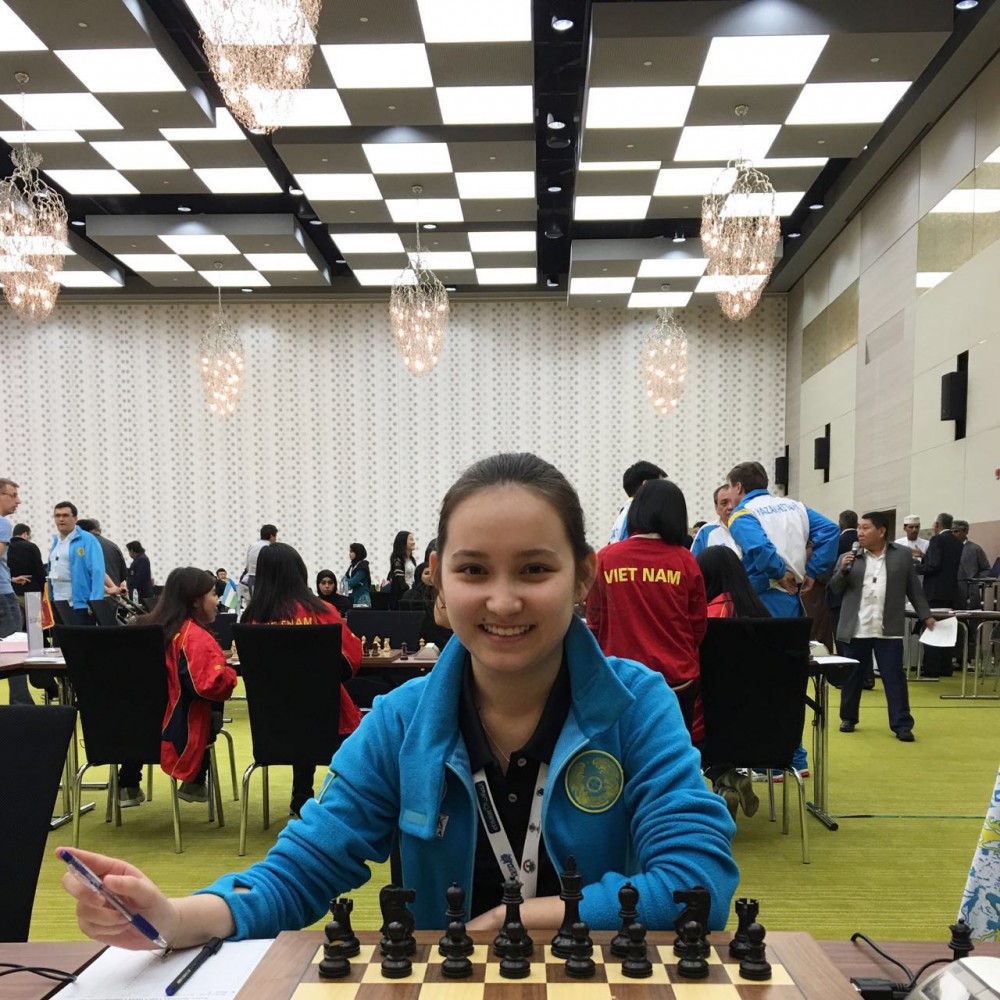 A total of 130 chess players, including 14 women, participated in the tournament, which was held in Warsaw from July 8 to 16. The tournament is held annually and honours contributions to the world chess of the famous 20th century chess player from Poland Mieczyslaw Najdorf, whose best achievements came as an Argentine Miguel Najdorf after he had to stay in South America following the beginning of World War II and the Holocaust in Europe in 1939. Held annually since 2007, the tournament is recognised by the World Chess Federation or Federation Internationale des Echeсs (FIDE).

“The so-called open tournaments allow men and women to play each other and gain points [for the overall FIDE rankings]. Zhansaya played nine games [in the under-18 category], eight of which were against male opponents,” her father Daniyar Ashirov explained to Tengrinews.

Ashirov noted that some games at the tournament for his daughter lasted up to six hours, significantly longer than usual four.

“I am glad that in the end she coped well with the stress and pressure,” he added.

Abdumalik, currently ranked 2nd in Asia in the under-16 category and 3rd worldwide, as well as 2nd among women in all age categories nationwide, has been a FIDE Woman Grand Master since 2014. She won her first title at age 6 at an Almaty tournament among girls under-8. In 2008, she became a world champion among children of her age and a champion of Asia. In 2013, the Asian Chess Federation named her the Best Girl Under-20 player at the 1st Asian Chess Excellence Awards. According to Tengrinews, this year for the first time in his career she won the championship of Kazakhstan among women.