ASTANA – Philanthropists who don’t wish their names disclosed recently presented a house to Elmira Zhasybayeva, the mother of five who lost her home in Pavlodar region to a fire. They didn’t have shelter and she was filled with despair until the family moved to a new house in their hometown of Sherbakty. 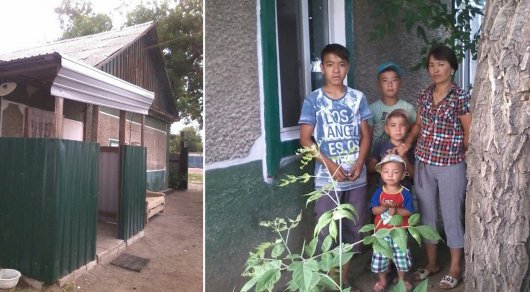 Zhasybayeva only knows the first names of the patrons and that they are businessmen, reported Tengrinews.kz.

“I heard that one of them is called Alexander and the second one is Ruslan. Both of them are entrepreneurs from Pavlodar. They bought a house for me. They didn’t want to advertise themselves. I was so glad to know that our people care about us. They called, supported me and provided all possible assistance to us. I only know the [first] names of these kind people,” she said.

“People sent money. One young man called Miras and other volunteers presented an oven and a fridge. Other guys from Pavlodar, [like] Roman, Zhanat, Sabiden and Timur, delivered foodstuffs, clothes and toys. Two women sent money. I am so grateful for this help. Thank you very much!” she said. 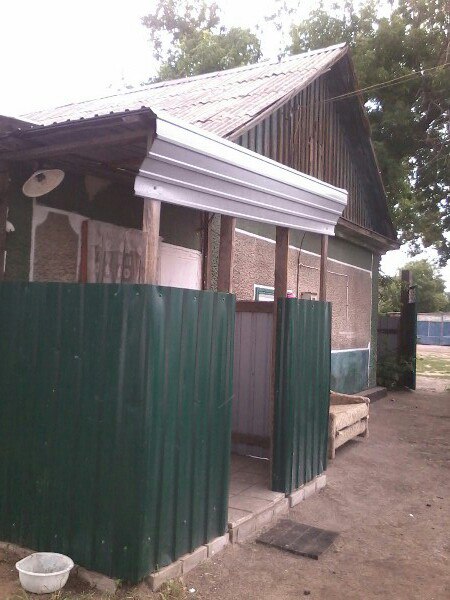 The new house is much better than their old one. It has a water supply, toilet, summer kitchen in the yard, barn and sauna and was even planted with a vegetable garden.

“The former owners moved to Russia. The philanthropists left us a TV and a washing machine. The house has all the amenities. We don’t even need to do the repairs. It so happened that our old house was burned when the holy month for Muslims began. This period was a real test for us. We lived at my friend’s house. After that, we lived at my sister’s house. To be honest, I can’t believe even now that the house in which we have moved is ours. I would not be able to buy it having five children,” said Zhasybayeva.

She and the kids are planning to celebrate with a housewarming party and invite all those who helped her. Zhasybayeva hopes the unknown sponsors will not refuse the invitation. Just before the move, she posted a video on social network thanking everybody for their help.

The house fire started at night in early June and Zhasybayeva was awakened by a loud crackling coming from the street. Stepping into the hall, she saw the flames had already spread to the roof and the slate had begun to crack. She and the children managed to run outside. A few minutes later, the whole house was engulfed in flames and a gas tank exploded.

Firefighters managed to save family documents in a bag hanging on the wall in the back room. Only part of the wall remained.

The firefighters ruled defective wiring as the preliminary cause of the blaze. The house burned almost to the ground and can’t be restored.