ASTANA – A capital couple recently welcomed more than just a daughter into their lives. 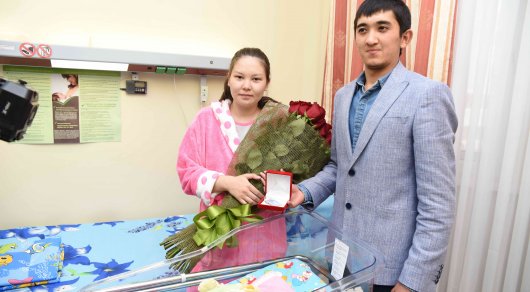 Saida Mukhamedyarova, born 1 am, July 4 in the city’s perinatal centre No. 1, became the capital’s millionth resident. Her parents, 24-year old electrician Olzhas Mukhamedyarov and 22-year old kindergarten teacher Arailym Mukhamedyarova, were happy not only to become parents for the first time, but also to be congratulated by Akim (Mayor) Aset Isekeshev and receive an apartment as a gift.

Her birth coincided with the start of the Astana Day celebrations and the President’s birthday on July 6. This year marks the 18th anniversary of the city becoming the national government centre.

“This is the age of majority; it is the time when big tops have already been conquered and new perspectives are seen from them and at the same time everything is still to come. Born by the independence, Astana is growing rapidly, becoming better. The city is in the forefront of the country, integrating it and inspiring it to new achievements,” said President Nursultan Nazarbayev.

The mayor congratulated the couple on the birth of their daughter and gave them the keys to their new home. 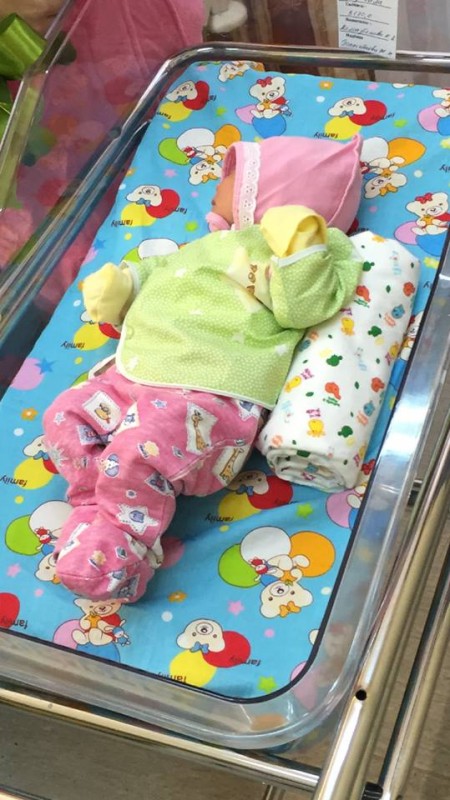 “The young family lives with their parents, so a gift on the day of the birth of her daughter was a real surprise,” reported the Astana administration press service.

“Today is a double celebration for me – the birthday of my daughter and birthday of my father. Now we are even more pleased – an apartment was presented to my family. We would like to thank the head of state for the life conditions which were created and due to which we have such a healthy daughter. I wish every month, every year the population of our country be increased and I wish everyone to learn the joy of motherhood and fatherhood,” said the happy father.

During the last 18 years, the birth rate in the capital has grown two times and maternal and infant mortality reduced more than five times. Last year, 26,110 babies were born and 13,740 infants have entered the world in the first half of 2016.

The decision to move the capital from Almaty to Akmola was made by the Kazakh Supreme Council on July 6, 1994. The official transfer was made Dec. 10, 1997, and by a presidential decree dated May 6, 1998, Akmola was renamed Astana, with the international presentation of the new capital held June 10, 1998. The following year, the United Nations Educational, Scientific and Cultural Organisation (UNESCO) awarded Astana the title “City of Peace.” Kazakhstan’s main metropolis has been a member of the International Assembly of Capitals and Cities since 2000.

The tradition of celebrating the birth of the millionth child is quite popular worldwide. In 2012, a Russian couple gave birth to St. Petersburg’s five millionth child and the family was presented with an apartment, too.