By Azamat Syzdykbayev in Business on 6 July 2016

ASTANA – Kazakhstan has established a large-scale production of plastic pipes used for water supply, as pressure pipes for hydroelectric power plants, and in pumping stations, aqueducts and other irrigation systems. 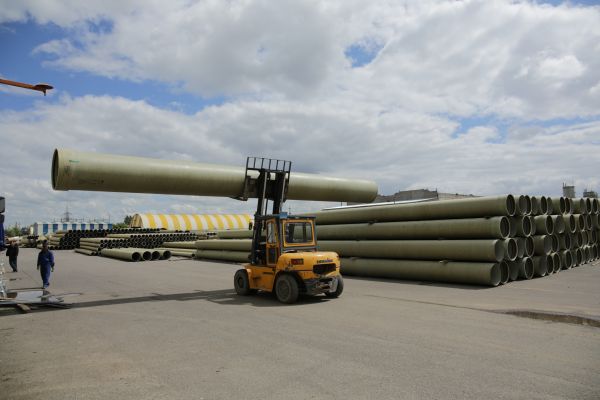 According to Amitech Astana LLP Director General Ulan Sarsenkulov, the company has created more than 900 kilometres of pipes of different diameters. The plant supplies not only the domestic market but also exports pipes to neighbouring countries like Uzbekistan and Tajikistan.

“This year, our company has produced more than seven kilometres of pipes worth over $5 million. Our company is a domestic commodity producer, which started operating in 2005. The project received financial support under the State Programme for Accelerated Industrial and Innovative Development through the Kazakh Development Bank,” said Sarsenkulov.

The bank has allocated more than $10 million to run the company, and the debt owed to the bank was entirely paid off in 2010. In 2011, the company received the Altyn Sapa Presidential award in the nomination “The Best Enterprise for Production Purposes.” 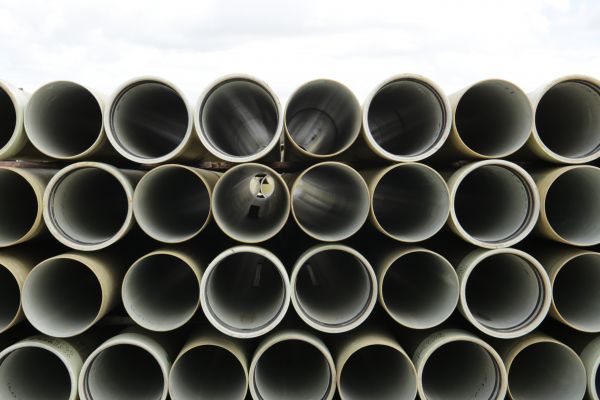 “The enterprise is part of the Amiantit holding, which includes 35 plants. Our work is based on Norwegian Flowtite technology. The raw materials are purchased only from companies accredited in our main office in Norway. The tar is imported from Poland and the fibreglass from China. However, the domestic product share in general production composes 87 percent. The number includes labour force and silica sand extracted in Kazakhstan. Furthermore, all tangible and intangible assets of our company are also domestic,” said Sarsenkulov.

The management of the enterprise is planning to begin exporting products to Russia, Georgia, Armenia and Azerbaijan.

Seventy percent of the company’s products are allocated for export and 30 percent for the domestic market.

“In Kazakhstan, we have recently introduced new directions of supplies like Aktobe, Aktau and Kyzylorda,” explained head of Amitech’s Implementation Department Nariman Sharafutdinov.

Moletech Astana LLP is another manufacturer of PVC pipes and supplies Kazakhstan and the Commonwealth of Independent States (CIS). These pipes are made of the same material used to produce plastic windows.

“Our pipes are made of polyvinyl chloride [PVC] based on molecular orientation technology brought to us from Spain. This technology was invented in 2010. The pipes are used for water supply and drainage. The pipes are 90 to 315 millimetres,” said director of the plant Aibek Omuraliyev.

Half the plant’s production is oriented toward external markets and half to domestic needs. The main export destinations are Central Siberia and the Central Asian region. It is also planned to expand exports to the northern regions of the Caucasus and China.

Omuraliyev also stressed the main competitive advantages of their pipes, including their low cost, high quality and key physical and mechanical properties.

“We recycle 3,000 tonnes of PVC annually, which is equal to 6,000 polyethylene pipes. Our main clients are Gorvodokanal and production companies,” said Omuraliyev.

Due to the heat treatment of the material, the PVC molecules are converted to a specific grid with very strong physical and mechanical properties. Common sewer pipes are very fragile, while it is impossible to break new pipes down. There is no expiration date for these pipes: while the seals and erasers need to be changed every 100 years, the pipes themselves will continue serving.

Omuraliyev also mentioned that raw materials are supplied by the Russian Rusvinil company. The plant is cooperating with a Russian partner because of the cost benefit, as it is profitable to do that given the exchange rate among the national currencies of Kazakhstan and Russia.