ASTANA – Trades on the Kazakhstan Stock Exchange (KASE) showed a weakening of the tenge, as the U.S. dollar exchange rate reached 350.2 tenge per $1 earlier this week. The main factor is the fall in oil prices, although movement of budgetary funds, tax payment periods and the dedollarisation process are also considered to be involved. 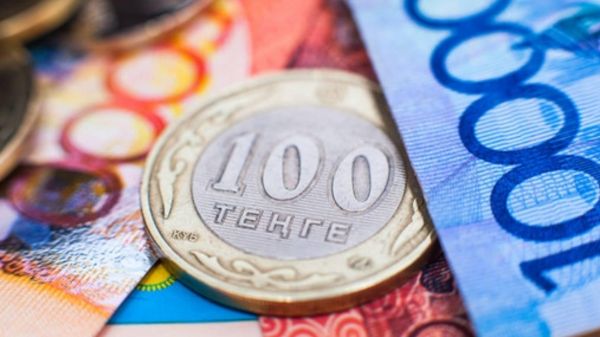 “Currently we have a free-floating exchange rate, which suggests daily fluctuations depending on a number of factors. First of all, the oil price and exchange rates of states which are main trade partners. At that, the tenge exchange rate is also influenced by internal factors such as expectations of market participants, movement of budgetary funds, tax payment periods and a trend towards dedollarisation of the economy in the past few months,” said National Bank monetary operations and asset management deputy director Adil Mukhamedzhanov, according to Kazpravda.kz.

He noted oil prices decreased in July due to the growth of the oil supply, publication of reports about sufficient oil reserves and the increasing number of wells in the U.S.

“In recent years, [Russia’s] ruble showed a decrease in sensitivity to changes in oil prices. However, the value of the ruble relative to the U.S. dollar fell when oil prices fell,” he added, reported Kapital.

Independent oil and gas analyst Olzhas Baidildinov noted there is a direct connection between the ruble exchange rate and oil prices.

“The oil price increase makes the ruble stronger. The oil price fall makes it weaker. In Kazakhstan, the situation is different. Usually we can observe significant correlation when the oil price falls. At that, oil price growth doesn’t make Kazakhstan national currency stronger,” he said.

Baidildinov is sure that small and medium-sized businesses and even large enterprises are interested in determining minimum and maximum exchange rate levels.

“If the National Bank declares that the lowest level is 330 tenge per $1 and the highest is 360 tenge per $1, everybody will work in more comfortable conditions and develop their own business,” he added.

“Maybe the National Bank aims to provide maximum support for exporters and help the government to increase the tenge in payments to its budget, which hasn’t been revised ($30 per oil barrel and 360 tenge per $1) in spite of the fact that the oil price increased by 50 percent within six months,” said Kazkommerts Securities assets management head Aivar Baikenov.