By Anuar Abdrakhmanov in Sports on 12 July 2016

ASTANA – More than 100 athletes will represent Kazakhstan at the Summer Olympics in Rio, and will participate in 26 of the 38 Olympic sports. 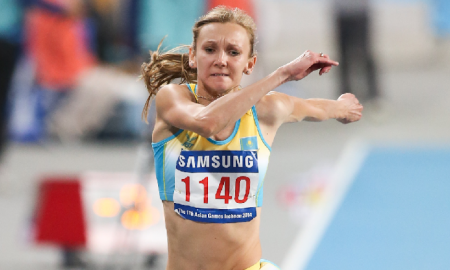 At a meeting with the Olympic team July 4, Kazakh President Nursultan Nazarbayev reiterated that the country expects good results from them.

“Today, Kazakhstan has strong athletic potential. The results of performances at pre-Olympic competitions show that we have been able to train our athletes, showing good results,” he said.

The President noted that in the country’s 25 years of independence, Kazakhstan has raised a cohort of talented athletes, world champions who can carry the country’s flag at the most prestigious competitions.

“All of them are simple folks, many originally from villages. Thanks to their efforts, they achieved their goals and found their way forward,” he said. Kazakhstan now has 17 Olympic champions, the President continued. “Today, you face the challenge: to once again prove to the world the potential of our sport in Kazakhstan.”

At the meeting with the President it was announced that taekwondo fighter Ruslan Japarov would carry Kazakhstan’s flag at the opening ceremony.

Yeleussinov was the world champion in 2015 and came in second place in 2016. He will fight in the up to 69 kilogrammes weight category. This will be Yeleussinov’s second Olympics – he lost in the quarter-finals in 2012 to the Italian Vincenzo Mandzhakapre. In Rio, fans will be expecting a medal, preferably gold. Since changing his weight category (in London, he fought in the up to 64 kg category), the Kazakh fighter has won almost every tournament he’s taken part in, including the world tournament in Almaty, two Asian championships, the Asian Games and the Cup of Kazakhstan. He made missteps in the Boxing World Cup in Qatar and in the Grand Prix in the Czech Republic in 2013, however.

Yeleussinov understands the expectations placed upon him. “I look forward to higher achievement: to win gold. … I want to win the Olympic gold to bring happiness to the people of Kazakhstan, to my family and to myself,” he said. Dychko, a bronze medallist at the London Olympics, reached the finals of the last two world championships, but lost in the decisive matches. He believes those defeats have made him even stronger and allowed him to work on his weaknesses.

“Major competitions are always an important experience that makes you stronger.  It is a great honour to represent my country in the Olympic Games. I will do everything in my power to win the gold medal,” he said.

Also on the team are Birzhan Zhakypov, who will be making his third Olympic appearance; Abylaikhan Zhussupov, the youngest on the team; and Vasiliy Levit, who earned his place with his performance at the AIBA – World Series Boxing WSB boxers, and each of them has a good chance to win an Olympic medal.

In athletics, Kazakhstan is pinning its hopes on London Olympic triple-jump-winner Olga Rypakova. After her triumph in London, Rypakova paused her career to have a child, but this season she is shining again among the winners of major international competitions. She has won three medals in Diamond League competitions this year, including gold in Birmingham, and has inspired hope in Kazakh fans for another successful performance in Rio. This Olympic Games will be her third.

The mood now is one of hard work and planning, Rypakova said. “The Olympics are a celebration of sport, but at the same time, they’re a lot of pressure and responsibility. … I understand that it will be much harder than in London. Defending a title is always more difficult than winning one.,” she said.

In swimming, Kazakhstan has three-time winner of the Asian Games Dmitiry Balandin. In Incheon in 2014, he caused a sensation by winning in the 50, 100 and 200- metre breaststroke. The following year, he won the 100-metre breaststroke at the Universiade in Gwangju. Rio will be the 21-year-old’s Olympic debut.

Kazakhstan earned three places for Greco-Roman wrestlers, and Almaty Kebispayev (up to 59 kg), Doszhan Kartik (up to 75 kg) and Nurmakhan Tynaliyev (heavyweight) will represent their country on the mat. Kebispayev and Tynaliyev have Olympic experience: Kebispayev made it to the quarterfinals in London. Now, he is determined to do more. Bronze medallist of the 2012 Olympics Guzel Manyurova will wrestle for Kazakhstan on the women’s side.

Kazakhstan is sending Alexey Lutsenko and Bakhtiar Kozhatayev to the road cycling competition. Lutsenko, 23, has won the World Championship road race in Anderson (2012), the Asian Games (2014) and the Kazakhstan Championship as an individual racer (2015). He was also twice a winner of the Tour of Almaty (2014-15), won the individual time trial in the Tour of Denmark and has won race stages in the Pro Tour of Switzerland and the famous Paris – Nice.Kozhatayev, 24,  was one of the top three in the general classification of the Heydar Aliyev Anniversary Tour and won Best Mountain Rider in 2012. He took third in the Tour of Azerbaijan (2013) and won the Best Young Rider jersey. This year, he made his debut in the Grand Tour, playing a key role in the victory of Astana Pro Team captain Vincenzo Nibali in the Giro d’Italia 2016.

For the first time since 2004, Kazakhstan will be represented at the Olympic Games in track, with Artyom Zakharov.

“For athletes to win an Olympic license is a great achievement. Our athletes are now on the verge of international recognition. Support for Kazakhstan, cohesion, unity and the desire to win will help our Olympians compete and succeed against the best in the world,” said President of the National Olympic Committee of Kazakhstan Timur Kulibayev.