ASTANA – Italy and South Korea recently became the latest countries to sign agreements to participate in EXPO 2017 in Astana.

“The Italian experience of hosting such a large-scale event would be very helpful because the exhibition that was held in Milano in 2015 was recognised as one of the most successful. Taking into account Italian achievements in the field of alternative energy sources, we hope that the country will show the latest technology at the exhibition,” said Yessimov. 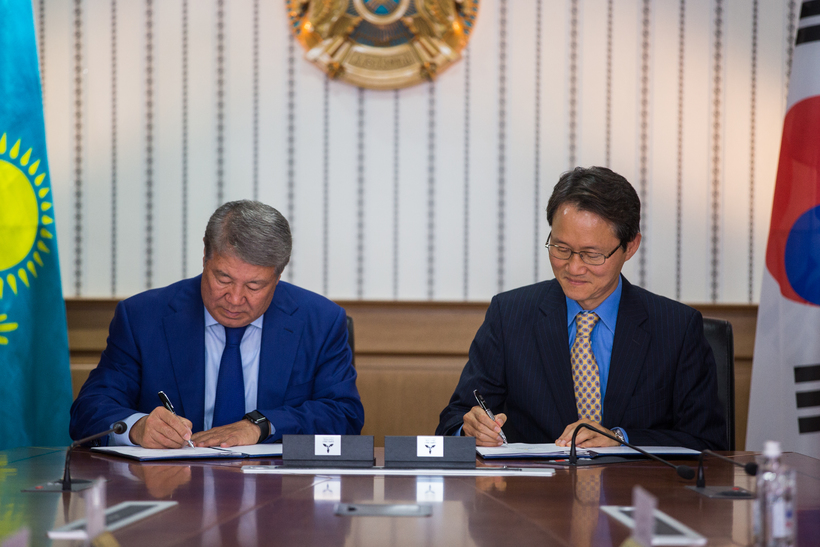 Italy has been developing green technology and carries out the policy of diversification of fuel.

Ravagnan emphasised that the share of the renewable energy sources of the production of energy power in Italy is 38.8 percent. The Italian government considers wind and solar energy development a priority. Today, about 150,000 companies are developing solar energy.

“We are preparing actively to fill our national pavilion with substance because EXPO 2017 has huge importance for future development of the alternative energy in the world,” highlighted the Italian Ambassador.

South Korea also expressed readiness to show its cutting-edge developments in the field of alternative and renewable energy resources at the exhibition, according to Commissioner of the Korean section and Ambassadorof the Republic of Korea to Kazakhstan Cho Yong Chung.

“Within the EXPO, South Korea held exhibitions twice. The recent one was held in Yeosu city, and in 1993 in the city Daejeon. After those exhibitions, those cities have become  centres of science and developed technologies of all Korea,” said the Korean diplomat after the signing of the participation agreement with Yessimov on July 25.

Receiving energy from waste recycling is considered as an effective measure of energy policy of South Korea in order to fight the consequences of global warming.

So far, 95 countries and 15 international organisations have officially confirmed their participation in EXPO 2017. The exhibition is expected to attract the highest attention of the international community to problems of ecology, alternative energy development, energy conservation and efficiency.