The first shipment of petrochemical production reactors produced in South Korea was recently fulfilled in the port city of Ulsan. The freight was transported along the Northern Sea Route (NSR). 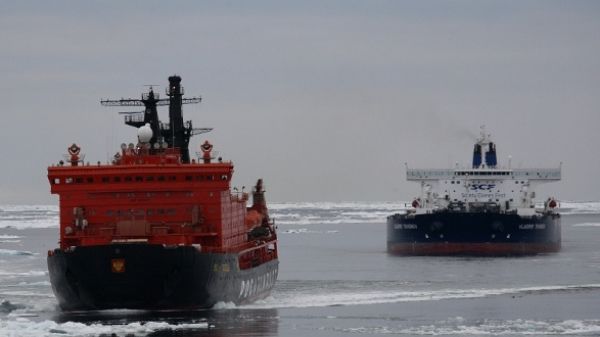 The preparatory works on the shipments have been carried out by the Sales Office of Russia in Seoul since 2015. As a result, several agreements have been concluded with the SLK KUKBO logistic company and Global Engineering Technology company on goods transportation along the new route, which appears to be the shortest route from Asia to Europe.

It was also stated that harnessing the power of the Northern Sea Route is one of the important directions of cooperation between Russia and South Korea, as well as one of the priority tasks in terms of Russia’s national interests in the Arctic region.

This is the first shipment for South Korea to be realised in the frames of the Northern Sea Route. The shipped reactors to be used for catalytic dehydrogenation of hydrocarbons were produced by Hyundai Heavy Industries commissioned by the Global Engineering Technology company for the Pavlodar Petrochemical Plant. Each of the two reactors weighs about 600 tonnes. In order to deliver reactors, the SLK KUKBO company has chartered a Happy Dover ship in the Netherlands.

According to the schedule announced by the SLK KUKBO, the ship, which left Ulsan on July 17 will arrive in the Sabetta port (Yamalo-Nenets Autonomous District, Russia) on ​​Aug. 15. After that, the Russian Transport and Logistics Irtysh Shipping Company will deliver reactors by the river to Pavlodar, arriving at the port on Aug. 25.