ASTANA – EXPO 2017 guests have a chance to become one of the first audiences of the Kazakh version of the popular “We Will Rock on You” musical that has already been staged in 15 countries. 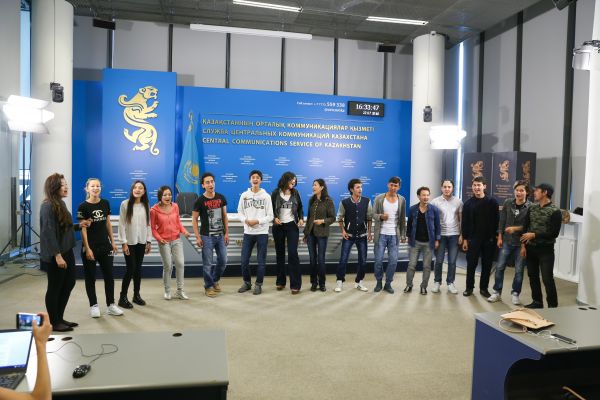 The premiere will take place in the Palace of Peace and Harmony next summer. Famous British film producer Edward Simons was invited to help arrange the project. The best vocalists of Kazakhstan, including the first graduates of the new Artist of the Musical department of the Zhurgenov Kazakh Academy of Arts and of the National University of Arts in Astana will perform the parts in the musical.

“We believe that the staging of a worldwide musical in our capital will contribute to the success of cultural and entertainment events in the upcoming exhibition EXPO 2017 and will not require additional expenditures from the state budget,” said Kazakh Deputy Minister of Culture and Sports Galym Akhmediyarov at a briefing at the Central Communication Service in Astana.

According to British impresario and producer of concerts of the legendary music groups, such as Queen, Live Aid, A Tribute to Freddie Mercury, Three Tenors, the musical will perform throughout next summer and will be one of the highlights of the cultural programme of Astana.

“If Freddie Mercury knew that Astana will show a musical based on his songs, he would say that it is real magic. The plot of the musical takes place in the future, in a world where everyone wears the same clothes, listens to the same music, and they have no desires and aspirations except as one group of people. We can see that Kazakhstan is becoming a global player in the international media. The musical that will be held at the same time as EXPO will have a great success. We are pleased with an opportunity to show the creativity of the Queen in Kazakhstan,” emphasised Simons.

Kazakhstan has never staged such a large-scale musical. If it is successful, the British side claims it will produce the “Mama Mia” musical in 2018.

“We are going to hold a casting for the main roles in September. Two or three actors will be selected among our famous artists. The contest is open now,” said President of Kazakh Auendery Askhat Maemirov.