By Kamila Zhumabayeva in Culture on 12 July 2016 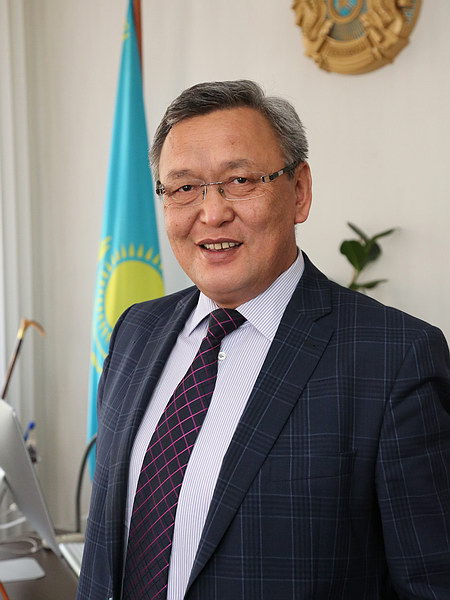 According to him, Kazakhstan’s theatre scene is different from other nations’ in that it contains a variety of multi-ethnic theatre traditions, like Korean, Uzbek, German and Uyghur.

“Multi-ethnicity has always been a point of pride for us. Our President pays special attention to it and the Assembly of the People of Kazakhstan unites all ethnic communities. Nowadays, Kazakh dramaturgy is staged at Russian theatres: for instance, we have a Kazakh classic, [plays by] Oralkhan Bokeyev, [and] Adilbek Orazbekov’s “Odinokaya Yablonya” (“A Lonely Apple Tree”) translated into Russian and being performed to great success,” the director explained.

“It starts when children go to theatres at an early age. Theatre is not a screen on gadgets but a special kind of art, a live dialogue that gives a certain ambiance. Emotions are conveyed from stage. The theatre culture was always there. It is there now and will be present in the future. People will always go to theatres,” he stressed.

According to him, some plays are less attended than others, and once in a while someone leaves during a performance. Kassenov says that does not mean the play is bad, but that the viewer arrived unprepared, having different expectations.

“Being prepared is essential. One should know where he or she is going. It is not a concert. Some people come and look for ways to relax. Someone looks for a comedy but ends up going to a tragedy. We always set the highest standards. If not, we lose meaning, credibility and our theatrical charm,” he says.

In recent years, the theatre has travelled to Spain, to festivals in Russia’s Black Sea and the Northern Caucasus regions and received a diploma at the Raduga (Rainbow) international theatrical festival, which drew 14 participant countries including the U.K., Poland and Iran.

“The 115th jubilee season that we closed on July 1 was very vivid. We accompanied all our artists on a red carpet, talking about each one of them, who they were, their merits. So many guests and people on the street were applauding,” he recalled.

Kazakh Secretary of State Gulshara Abdykalikova opened the theatrical season. Artists have prepared a theatrical lineup of “Tot, Mayor Y Drugie,” (“The One, Mayor and Others”), “Dikar,” (“Wildman”), “Yazichniki,” (“Pagans”) “Tomiris,” “Chyorniy Monah” (“Black Monk”), “Chaos,” “Probuzhdenie” (“Awakening”) and other plays beloved by the public over the last five years. 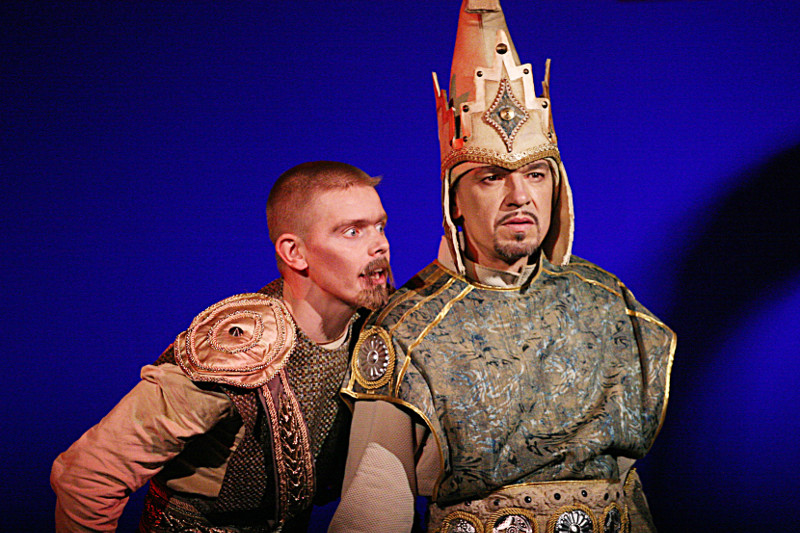 As Kassenov emphasised, “Yazichniki” is one of the theatre’s best works. They have taken this staging to the Raduga festival in Saint Petersburg and the Otkoveniye (Revelation) festival in Almaty. “Probuzhdeniye” participated in Sahnadan Salem (Hello from the Stage).

The theatre plans to open their 116th season in October with “Alpamys,” which Kassenov is currently working on. “I have already invited a Kyrgyz national artist for this play and I am confident audiences will be watching it with pleasure,” he said.

Other upcoming projects include staging fairy tales, holding matinees, conducting concert tours in Southern Kazakhstan, attending a festival in Belarus, participating in Kazakh Culture Days, and visiting Saint Petersburg and Moscow. Another project being kept tightly under wraps involves the story of a Swedish composer who was in Kazakhstan in the beginning of the 20th century.