By Malika Orazgaliyeva in International on 15 July 2016 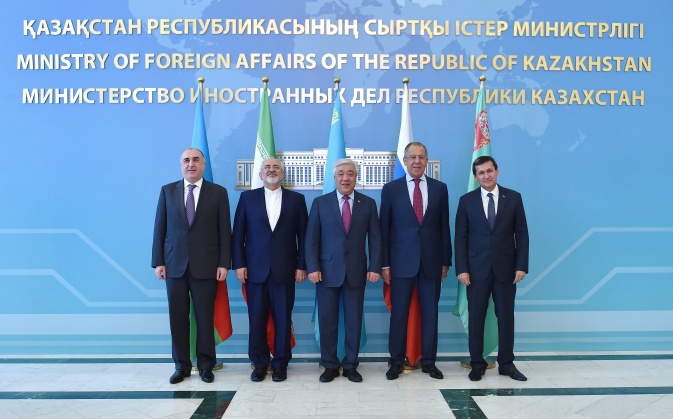 Idrissov noted that it was the first meeting in this format conducted in the country.It marked an important stage in the preparations for the fifth Caspian Summit that will take placein Kazakhstan.

“The Special Working Group started the talks on the resolution of the legal status of the Caspian Sea nearly 20 years ago. Over this period, the countries have carried out a considerable amount of work and made significant progress in the harmonisation of certain elements of the Caspian Sea’s legal regime. In the course of the discussion and exchange of views, the participants came very close to achieving a consensus on the draft Convention on the Legal Status of the Caspian Sea,” Idrissov said.

Idrissov emphasised that the main efforts of the sides would be focused on finalising the draft Convention on the Legal Status of the Caspian Sea.

“This fundamental legal instrument aims to lay a solid foundation for the future architecture of relations in the Caspian Sea, as well as to ensure stable and sustainable development of the whole Caspian region,” he added.

The meeting of the five foreign ministers considered the individual provisions of the draft convention, as well as the process of implementation of the agreements reached at the highest level following the fourth Caspian Summit in Astrakhan in September 2014.

At a joint press conference following the meeting, Idrissov announced that the Special Working Group will meet later this year twice, in Tehran and Ashgabat.

The parties also discussed the agenda and date of the fifth Caspian Summit.

“Kazakhstan is ready to make every effort to address all the principal issues of the draft Convention. I am confident that such an outcome is achievable in the conditions of goodwill and willingness of all partners to compromise in the interests of each other,” Idrissov noted.

“It is absolutely realistic to aim for the signing of the convention in 2017, I think that in the first half of the year it will be already possible,” Lavrov said in his turn.

“In addition, we have agreed to accelerate cooperation on implementation of existing sectoral agreements and to try to prepare additional documents, which are the subject of negotiations. We have a cooperation agreement on prevention and elimination of emergency situations, as well as a response mechanism to natural and man-made disasters,” he added.

The participants of the summit also outlined the following steps of the work on the Convention on the Legal Status of the Caspian Sea.

“Today’s talks demonstrate true friendship of the Caspian states, as well as indicatethe desire for close cooperation and interaction. There is a clear understanding between us that only by acting jointly can we adequately respond to modern challenges, ensure effective and sustainable and dynamic development aimed at improving the welfare of our peoples,” Idrissov said.

The Kazakh minister called on his colleagues to demonstrate maximum commitment to consensus and to seek mutually beneficial solutions, as well as to unite forces to achieve early conclusion of the convention.

Prime Minister Karim Massimov, during his own meeting with the foreign ministers of Caspian states on July 13, noted his satisfaction with the high level of cooperation between these countries, as well as stressed that in the recent years mutual cooperation has intensified significantly.

“The Caspian Sea is one of the most important issues of our countries’ development. We hope that we will find mutually beneficial solutions to adopt the draft Convention. This will be a big step for the entire region,” Massimov said.