By Kamila Zhumabayeva in Nation on 26 July 2016 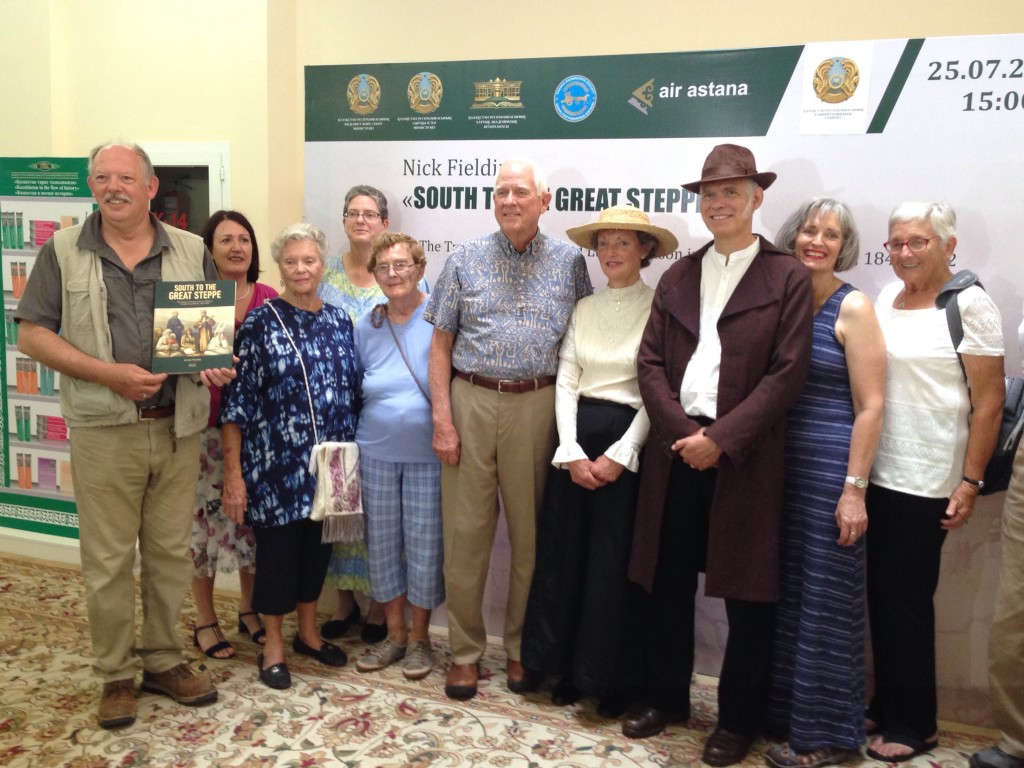 “This book is about the journey that took place in 1848… That was a very hard winter,” said Fielding.

The Atkinsons explored the spacious Kazakh land, travelling hundreds of thousands of miles south from Siberia in the Great Steppe, according to the library press release. In September 1848 they reached the town of Kapal at the base of the Jungar Alatau Mountains, where their son was born two months later. They named him Alatau Tamshybulak Atkinson in honour of the well-known local spring. 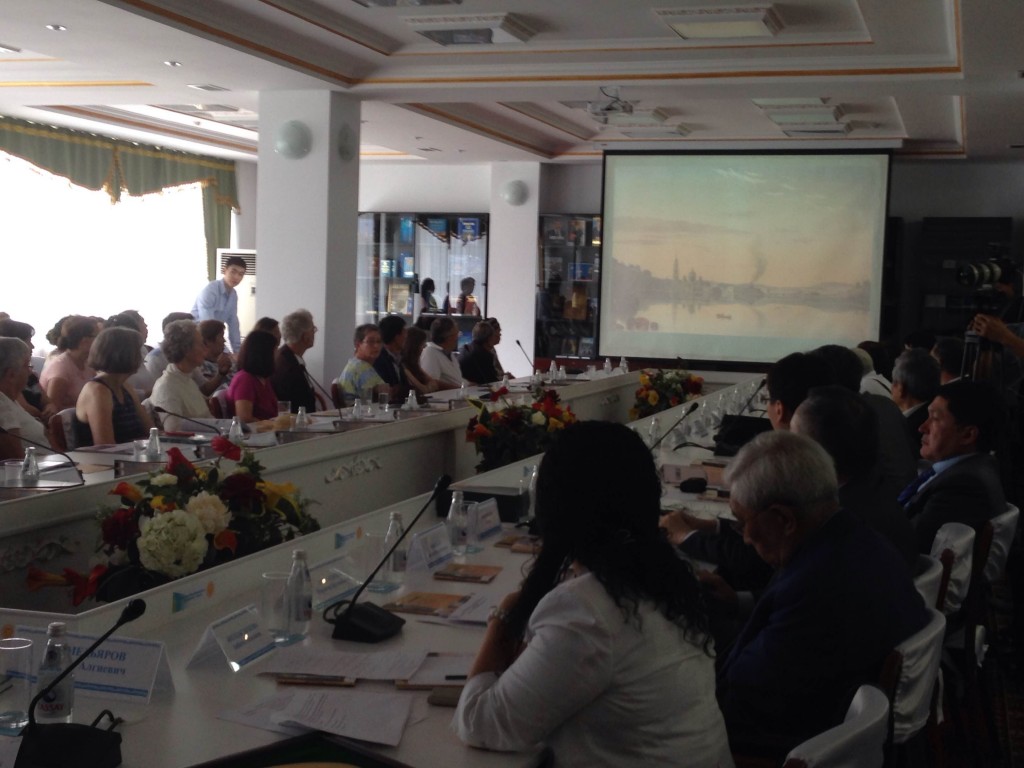 “When they arrived in Kapal, that little village was the outpost of the Russian empire… Almaty did not exist and it was a very isolated place. It was amazing that they reached this town. Lucy nearly died on the way and it was only because of the hospitality of the local people that they were able to survive,” noted the author.

During their trips the couple met ordinary Kazakhs, famous sultans and bis (rulers/leaders). They stayed in villages, socialised with Kazakh families, recorded their conversations and described the way the people lived, said the press release.No writer depicted the life of the steppe nomads and created their portraits in such detail as Thomas Atkinson, it added.

“This is the only record we have from this period,” said Fielding.

The book contains notes, diaries and letters kept in the private archive of one of Thomas’ descendants, as well as high-quality copies of lithographs and engravings. It also has a map of East Kazakhstan showing the route the family travelled, reproductions of paintings and his correspondence with Russian authorities. Atkinson’s portraits of Kazakh leaders are presently quite valuable.

Fielding wrote the book in the hope of demonstrating the Atkinson’s abilities as great explorers. 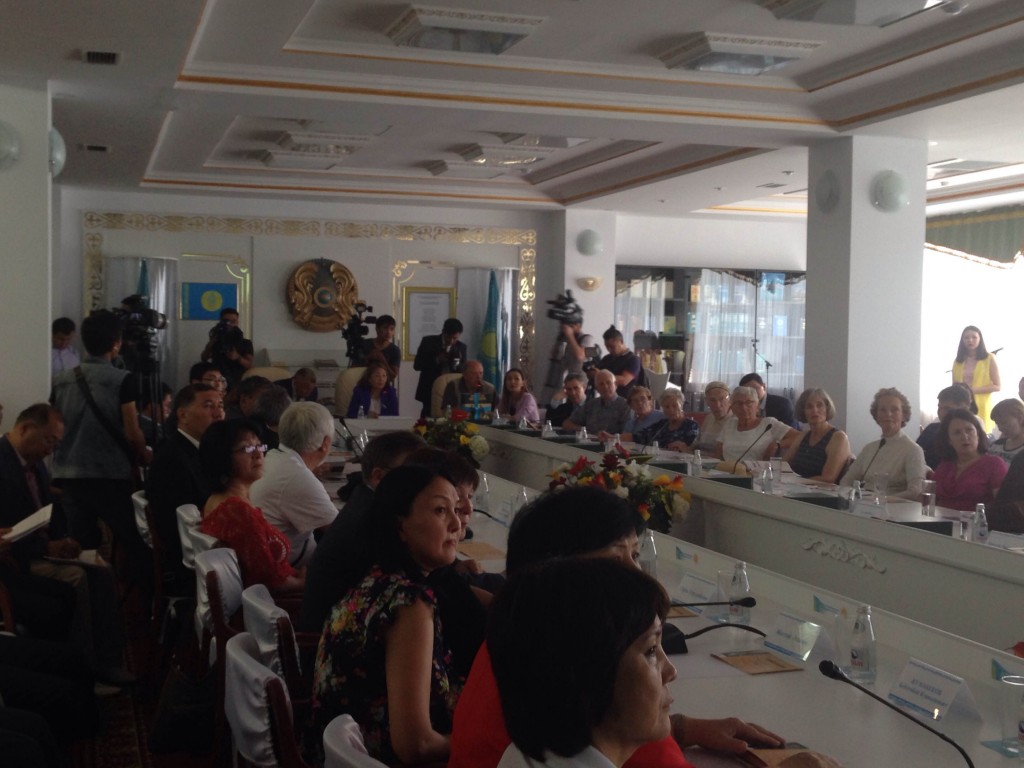 “They are forgotten and we want to bring their memory back to life. We also want to give Kazakh people a new, different history they didn’t know before,” he said.

The author once tried to repeat the trek. He visited Alakol, Zaisan and all the places associated with their journey.

“I decided sometime ago to try and follow the route of Thomas and Lucy and discover the place where their child was born. I travelled a lot in Zhetisu (The Seven Rivers) and up the valleys of those rivers into the mountains.

Now I have a pretty good idea about what they achieved, because particularly for a woman to do this journey on a horseback when pregnant, it’s an amazing journey,” he said.

Fielding hopes it will be possible to produce the book in Kazakh and Russian and that the tale may help pupils in Kazakh schools learn new aspects about the early part of the nation’s history.

The Atkinson’s descendants arrived in Kazakhstan to visit places explored by their renowned ancestor, feel the events of that time and pay tribute to their memories, noted the press release.

“We’ve had a wonderful time here in Kazakhstan so far; it has exceeded any expectations that I had. Astana is an astounding town, growing so fast right before our eyes. I think it’s amazing. It is very humbling to me to be able to be here in Kazakhstan where my great-great grandparents travelled and where my great-great grandfather was born. That is just wonderful for me,” said great-grandson Paul Dahlquist.

He added he has many letters to and from Thomas Atkinson and a set of five small diaries from his mother that Atkinson kept on his trips in Kazakhstan and other places in the area.

“They were small books written in very tiny handwriting to save paper in the time where there wasn’t much paper and where they had to carry everything on horseback,” said Dahlquist.

He donated the diaries to the Royal Geographical Society in London where they are available for scholars’ use. Thomas Atkinson’s pictures were unfortunately destroyed in a fire, but some can still be found in museums around the world and private collections, he added