ASTANA – Beibit Ystybayev won the National Tournament of the “Kazakh Kures” or Kazakh wrestling called “Kazakhstan Barysy” for the third time on July 3 at the capital’s Saryarka Velodrome. 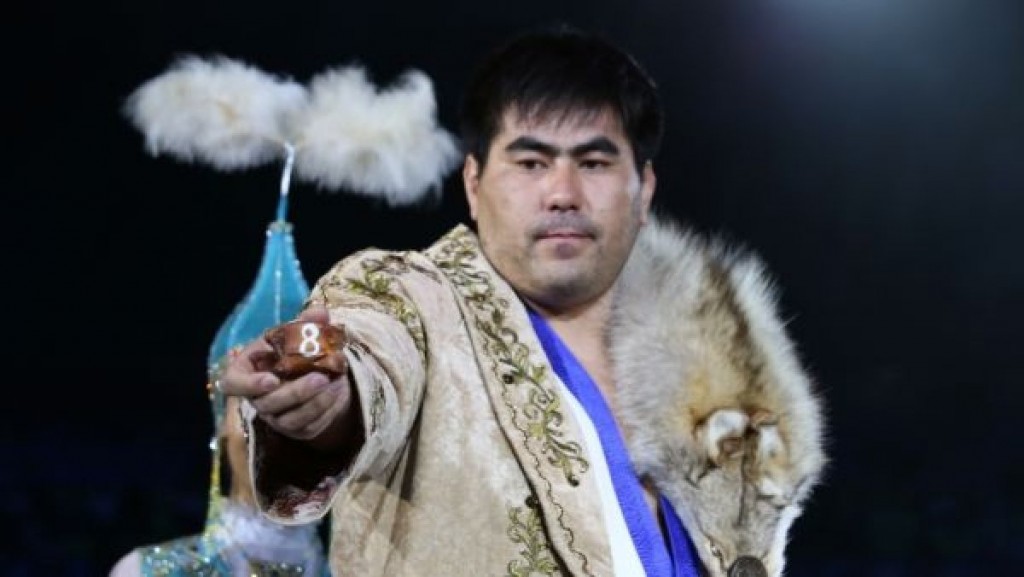 He won not only the Taituyak gold trophy, but also 25 million tenge (US$74,326) and an apartment in Astana. In the final, he defeated Zhumanazar Yersultanov, who was the heaviest participant of the championship.

“To become a winner of this tournament, you have to be ready one hundred percent, otherwise the goal cannot be achieved. In Kazakhstan, there are a number of qualified wresters; competition is huge,” said Ystybayev, according to sports.kz. 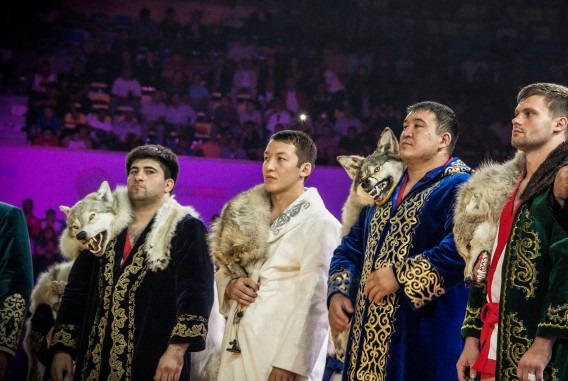 Kazakh wrestling is a form of martial arts in a standing position. The athletes, usually called baluans, can use legs and grab the opponent’s belt or uniform forcing him to trip, but without touching the legs of the opponent.

Kazakhstan Barysy has a special prize for the best technique of wrestling. This year, a brand new SUV car JAC S3 went to Alexander Kachayev. His fight with Yerbol Igilik was recognised as an absolute victory in few seconds. 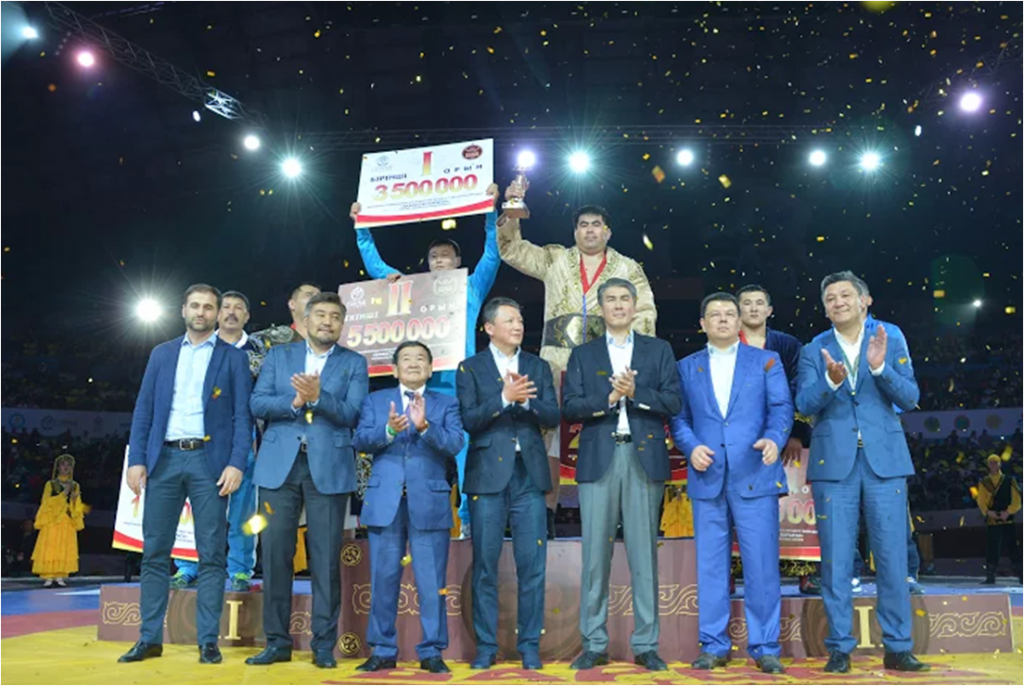 The Audience Award, which is sponsored by the Assembly of the People of Kazakhstan and amounts to 1 million tenge (US$2,973), went to Viktor Demyanenko, who has been winning in that nomination since before 2013, when he participated in the tournament for the first time. Being also a judoka, Demyanenko has participated in several Kazakh wrestling tournaments as well during those years.

The tournament has a tradition that not only the athletes get cash prizes, but the coaches too. “It is like an assessment of their contribution to the work with baluans,” said the press release.

Another tradition the tournament follows is the raffle among audience. A guest from South Kazakhstan region won a new JAC S3.