By Anuar Abdrakhmanov in Sports on 26 July 2016

ASTANA – The four crews of the Astana Presidential Professional Sports Club successfully completed the Silk Way Rally 2016. The rally, which took place July 8-24 after a two-year hiatus, saw riders cover a total of more than 10,000 kilometres in 15 legs between Moscow and Beijing and through the territory of Russia, Kazakhstan and China. 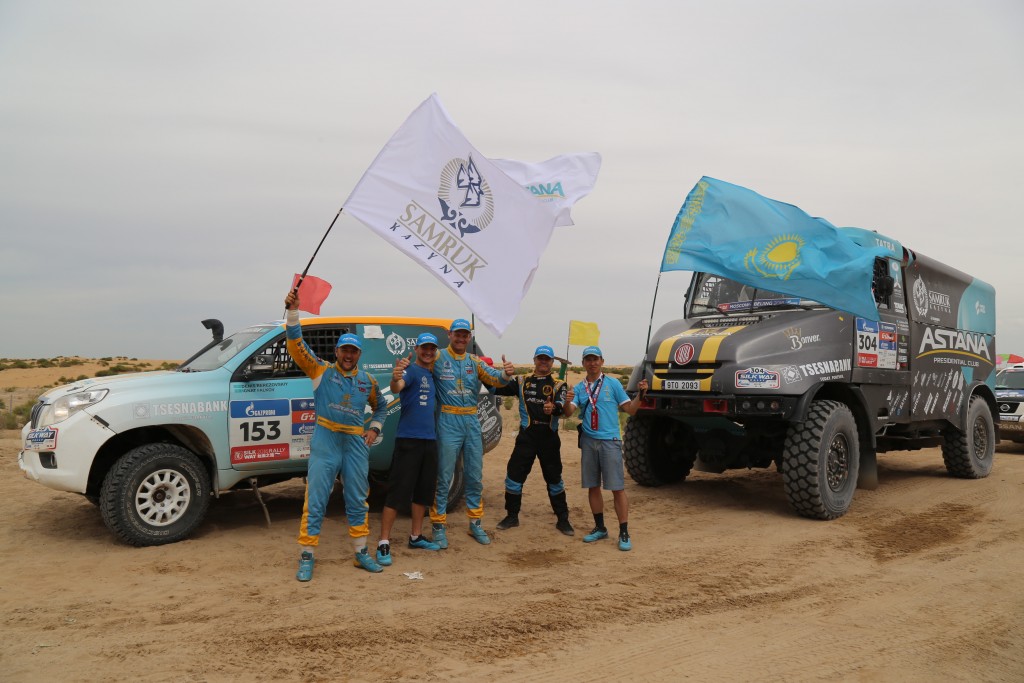 A Kazakh crew of Denis Berezovskiy and his co-pilot Ignat Falkov, riding a Toyota Land Cruiser Prado 200 won in the T2 class, which featured cross-country series production vehicles. They managed to snatch the victory in the rally’s final stage between the Chinese towns of Wuhai and Hohhoto.

Well-known Kazakh businessman and rally rider Aidyn Rakhimbaev and his Russian co-driver Anton Nikolaev in their MINI All 4 Racing finished in the top five in the T1 class, which featured improved cross-country production vehicles.

Another crew, including Kazakh driver Bauyrzhan Issabayev and his co-driver Vladimir Demyanenko from Russia, finished in the top ten, also in a MINI All 4 Racing.

“We are proud of the success of Berezovskiy and Falkov. Denis’s results from the last year when he won [a stage at] the World Cup showed that he is a top-level racer and a [true] professional. In January 2017, the next Dakar race starts. We hope that Denis will be able to show an equally good result. It is worth to add that the victory of Denis Berezovsky is an outcome of the work of the whole team. Our gratitude also goes to our captain Artur Ardavichus, whose contribution is hard to overestimate. Already now we can tell you that he will ride Dakar in a MAN truck. Thus, we can count on his best results.”

“Weather conditions at the Silk Way Rally this year were extremely difficult, with some stages canceled. To cover great distances in the heat of 50 C – it is on the verge of human capabilities. And our guys have withstood these challenges. On behalf of the club and all the fans once again, I would like to congratulate our team [on such a successful performance]!” Kulchikov added.

In the trucks class, the Kazakh team’s Tatra, piloted by Ardavichus, finished 13th. However, it should be noted that at the Silk Way Rally the crew’s tactic was to bring Berezovskiy’s crew to the first place rather showing a strong individual result. And the team performed that task to their best.