Mandela Day, the annual international day of July 18 honouring anti-apartheid leader, philanthropist and former South African President Nelson Mandela, has been observed in Kazakhstan since 2012. The community is becoming aware of the celebration through activities arranged by the South African Embassy in Kazakhstan. 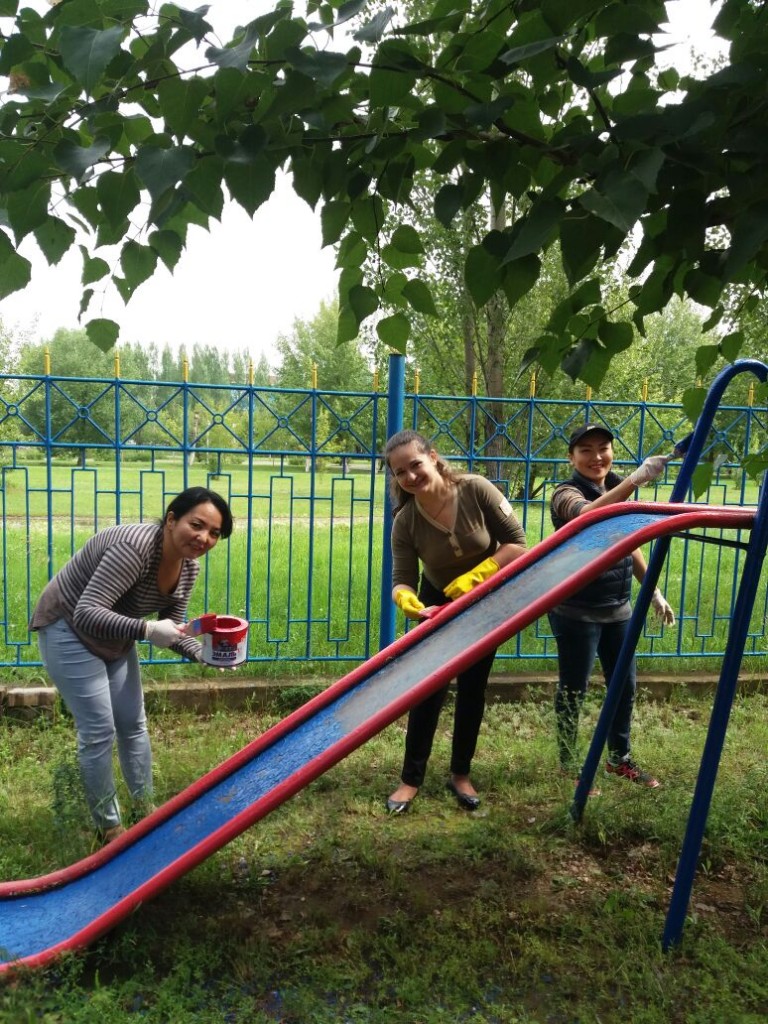 The embassy has hosted a number of events in previous years, such as the first Nelson Mandela lecture by former South African political prisoner and anti-apartheid activistAhmed Kathrada, held at KAZGUU University in conjunction with KIMEP University and the United Nations Office in Almaty; dedication of a row of trees to Mandela in Astana; Nelson Mandela Art Exhibition at Kulanshi Art Gallery in Astana; street painting event for orphans in Astana; 67 Minutes of Yoga workshop facilitated by Ruweida Soni, wife of Ambassador Shirish Soni; establishing Nelson Mandela auditorium in Al-Farabi University in Almaty; translating the book of Mandela quotations into Russian by students of KAZGUU University and Eurasian University and then from Russian to Kazakh by Kazakh writer Bakhyt Rustemov; screening of the movie “Long Walk to Freedom” and celebrating with orphans of the Korgau Private Charity Foundation in Astana. 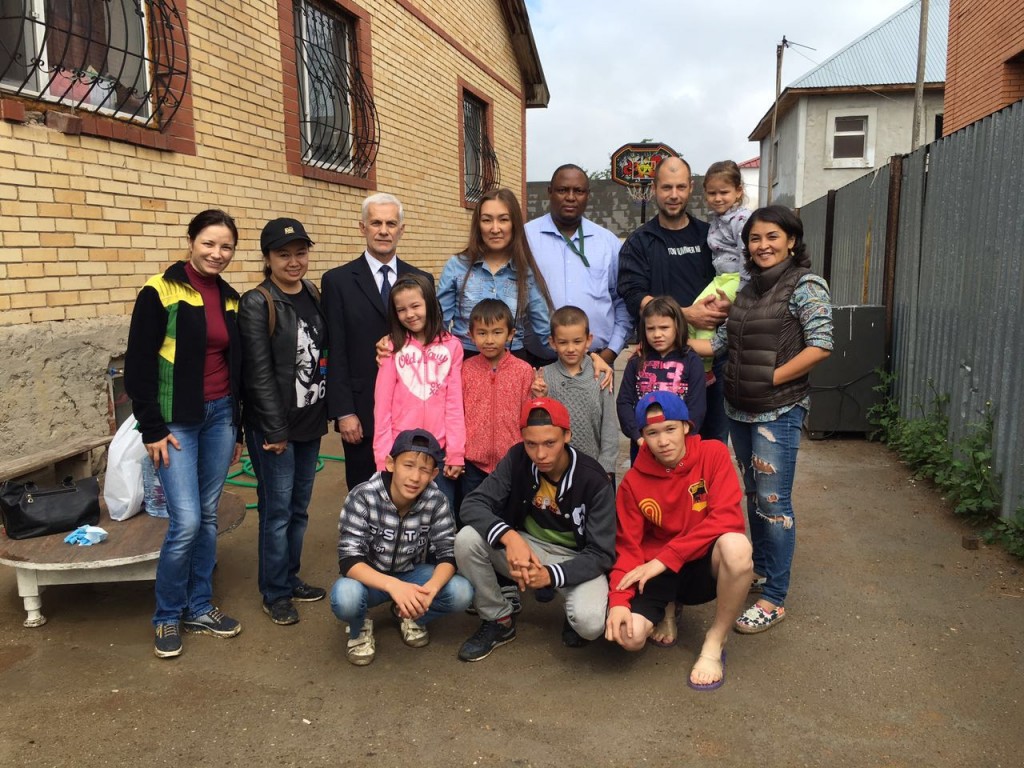 Embassy staff with Ms. Zhanara Baizhuldinova (right) and some of her children

This year the mission kicked of its celebration of Madiba’s (the South African title of respect and affection for Mandela) life and legacy by visiting the trees and plaque dedicated by the Akimat (Mayor).

The SOS Children’s Village and Zhanara Baizhuldinova, a woman who adopted 11 orphans, were identified as the focus of the mission to honour Madiba’s life and legacy. 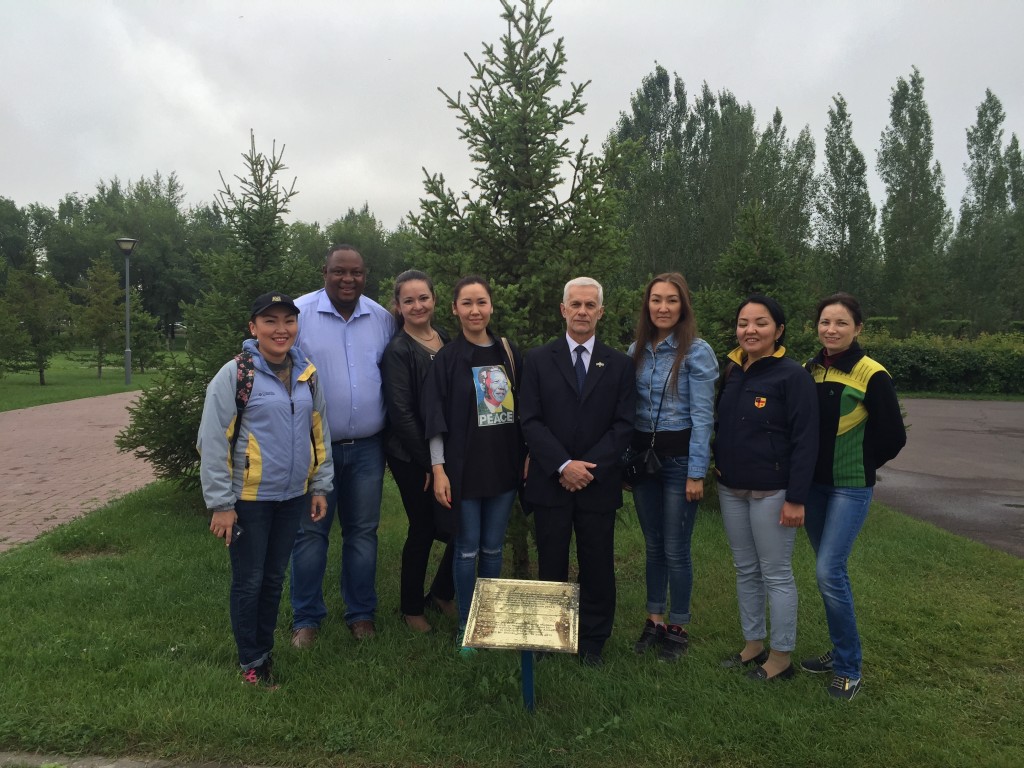 The embassy assisted her by moving building material and litter, such as batteries, old doors, metal pipes, plastic, etc. to more appropriate areas. A fence was also fixed, making it a safer environment. The embassy provided food such as homemade cakes and pies, fruits, juices, sweets and cookies.

Another embassy group visited the children’s village, which has operated in Astana since 2000 to provide assistance to families and homes for children. Amid all the current social and economic changes, SOS Children’s Villages provide support for vulnerable youngsters who have lost parental care.

As part of Mandela Day the Spiritual Ambassador documentary, covering the Sonis’ spiritual life, was rebroadcast July 17 on SABC2 TV. 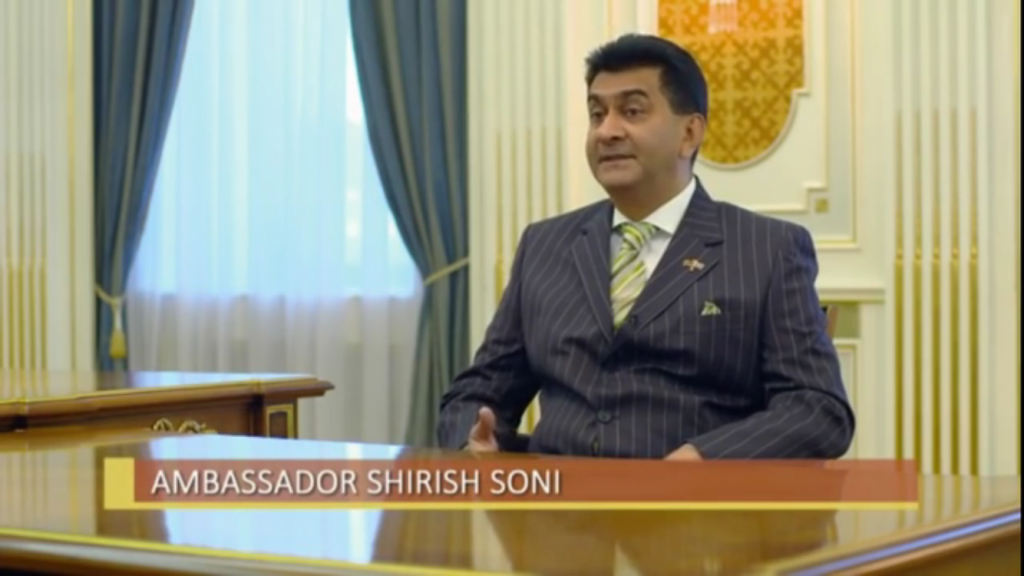 The embassy’s efforts were highly appreciated and the wish was expressed that cooperation will continue. Positive comments were received on Facebook, especially regarding the assistance to Baizhuldinova, with people indicating they would like to get involved.