By Kamila Zhumabayeva in Nation on 12 July 2016

ASTANA – Ardana Botay, a senior pilot and flight navigator at Kazakhstan National Guard’s 3656 military base, is one of few women in the country who decided to tie her life to military aviation. In an interview with The Astana Times, she talked about why it is easier to be on a team with men, her childhood dream and the path to achieving it. 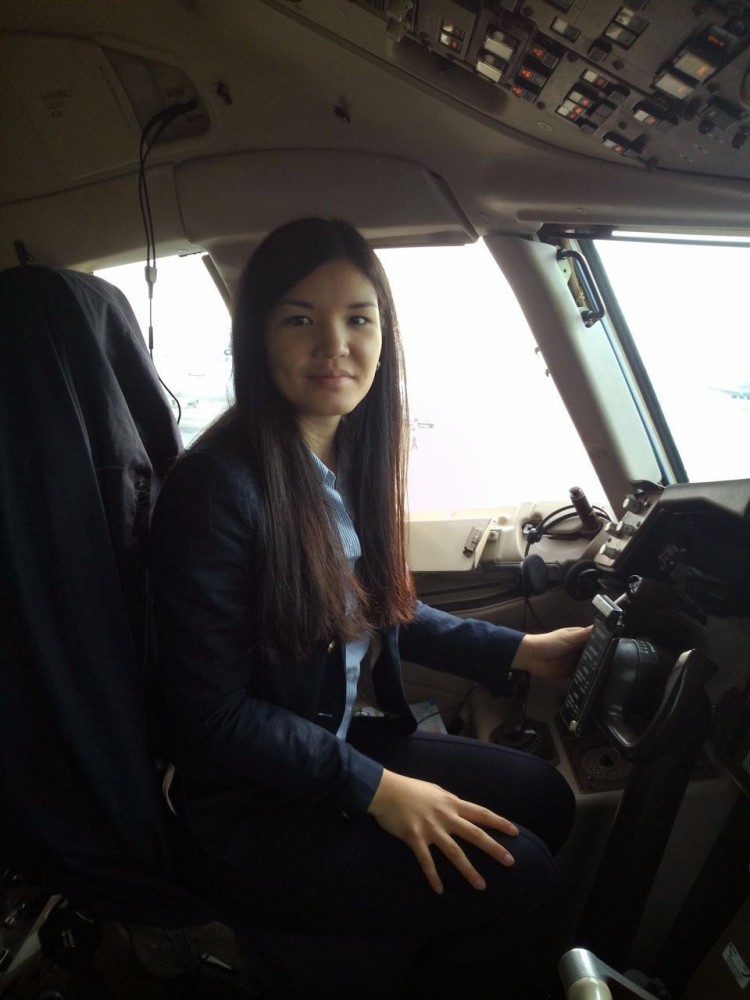 Botay completed training at the state aviation centre when she was in 10th grade and has been on a male team since she was a teenager, which she admits was easier for her than being with females.

“Communication with each other and about work was more straightforward, clear and without surpluses and hints/intimation [she laughed] and probably at that moment I started liking it. Work atmosphere, clarity and a grasp of everything you have to do or pass on. I simply was in that ambience and I love it,” she said.

Becoming a fighter pilot was her childhood dream. While moving towards it, Botay was very confident she would be studying at the air force’s military institute. She was rejected, however, because it was an urgent military service where only boys were allowed.

Not wanting to give up the field so easily, Botay applied to the civil aviation academy. Later, she received an opportunity to study at the professional Patria Pilot Training and Flight School in Helsinki.

She had 40 hours of flight at the state aviation centre and 200 hours during her internship in Finland. She flew single engine, double engine, civil and training planes. She subsequently had her first experience with big planes.

“After completing the academy in March this year, the national guard of our country accepted me for a job there despite the fact that I am a woman. I work where I really like working,” she said.

Botay is the first among her relatives and loved ones to work in the aviation field. Her father has been working at law enforcement agencies for a long time.

“Subconsciously a desire to become military personnel was probably because of my father, because I saw how he was going up his career rank. I was interested in kind of outrunning him on this rank,” she says.

Those working as flight attendants and in human resourses, finance and on the medical team are female. Botay is the only woman in a flight team.

“It doesn’t matter whether you are a girl or a guy or what age you are. Everyone should move towards their dream which then develops into a goal. Be flexible, appreciate what one has in life and develop everything you gain in life,” said Botay to youth.

Regarding the service, Botay noted knowing many girl group mates who graduated with her and studying well was always a priority. Math, physics and other subjects are essential for a technical specialty. 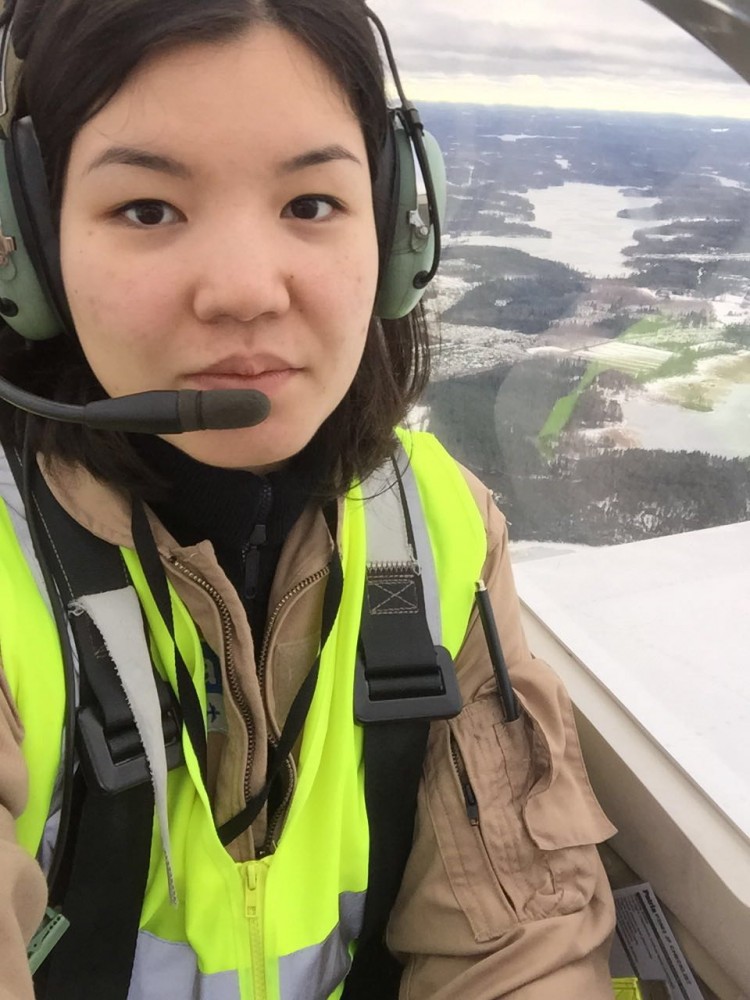 “First of all, learning everything, loving and moving forward. There are no limitations; especially nowadays, taking action is an important thing,” she added.

Botay said she wasn’t scared when she had her first flight experience, but derived pleasure and a positive sensation from it. Fear arises in specific situations, which pilots try to suppress.

One should be afraid on the land, but can’t be scared in the sky, Botay added. She is often asked whether the feeling is frightening, to which she replies that she just loves it.

“Everyone who experienced their own flight and felt the way the whole process goes will agree with me that it is hard to leave this feeling, a constant desire to rise up into the sky, go to an airport or air field, to be near an airplane, exploring it and of course flying. It is an addiction.

“Difficulties are always there; it is not always easy to move towards something. Generally, there is no success without a fall. These are the two components of life which need to be accepted. Not to be disappointed but to rejoice, take care of yourself and love your family are the most important things we have in our lives,” she said.

Botay wishes for young people not to be disappointed in Kazakhstan, but know that the country is developing and moving forward. All the difficulties people are experiencing is a normal process, without which the future cannot come easily.